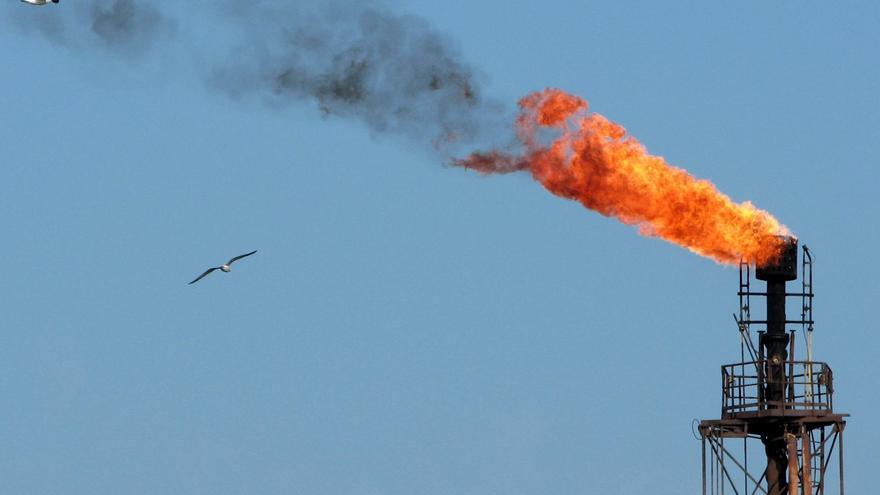 The world still spends almost three times as much on subsidies and public aid for fossil fuels such as gas, oil or coal than it does on renewable energy. From the UN, the OECD or the International Energy Organization insist that this level of subsidies “prevents the transition to renewable energy” necessary to stop the climate crisis.

This Thursday, at the climate summit in Glasgow, 25 countries have pledged to cut by 2022 its support for international projects in the “incessant fossil sector”. They have thus wanted to prioritize “the transition to clean energy.” The US, UK Canada have signed, but not China, South Korea or Japan.

These countries estimate that their commitment will shift $ 17.8 billion from fossil fuels to solar or wind power. In 2020 alone, aid to oil, gas or coal amounted to more than 375,000 million dollars, according to the OECD while public support for renewables is around 130,000 million. And that last year was marked a minimum when consumption declined due to the COVID stoppage. The International Energy Organization (IOE) predicts that in 2021, aid for fuel consumption will “double” as demand grows.

Roughly, between 2010 and 2020, the average aid to these fuels exceeds 600,000 million dollars annually – although some estimates vary as they differ on what exactly is considered real aid to the fossil sector. The International Renewable Energy Agency (Irena) states that “only 20%” of all aid to the energy sector is dedicated to clean sources.

“This correlation of forces cannot be,” says Mikel González-Eguino, researcher and expert in green taxation at the BC3 Basque Center for Climate Change. The economist and engineer explains that this imbalance is “unsustainable when renewable energies are cheaper and also competitive. Thus they are competing in inferior conditions with fossil sources.”

Public aid for fossil fuels – the very origin of the climate crisis, since their use is the main source of CO2 emissions – has several paths. On the one hand, the investments and subsidies that support the production or infrastructure for the transport of oil or gas.

On the other, consumption subsidies that make public money lower the price of a fuel when the tank of a truck, a tractor or a merchant ship is filled. In Spain, for example, diesel has a subsidized taxation, that is, lower taxes are applied so the final price is cheaper (a measure repeatedly criticized by the European Commission).

In this sense, the Secretary General of the OECD, Mathias Cormann, has said, already with the COP26 of Glasgow underway, that “the world urgently needs a boost in investment in clean energy and abandoning fossil fuel subsidies is one of the essential conditions to achieve it “.

Moreover, this organization considers that the increase in the price of energy that Spain and other countries are experiencing shows that “it is necessary to accelerate towards green energy.” In fact, the rise in electricity prices is due to the rise in the price of a fossil fuel: gas. “Governments must resist the increase in aid for these fuels and, given the existential threat of climate change, increase investment in sustainable energy.”

If the climate emergency is obvious and continuing to support the use of oil, gas or coal blocks the implementation of energy sources that do not emit CO2, why is it so difficult to disengage?

González-Eguino points out that “although each state has its own casuistry, since a country like Spain or another developing country is not the same, there is still a global inertia that justifies the subsidies: as these aid have always been given, they are maintained “.

The researcher adds to the cocktail “the resistance of the groups behind the oil, which make it difficult to withdraw subsidies, and the belief in many developing countries that these aid benefited those most vulnerable to power, for example, access mobility in a vehicle “. The International Monetary Fund has denied this effect. Your analysis says that “The subsidies have reinforced inequality: the 20% of households with the highest income have received six times more aid than the poorest 20%.”

And then there are the resistance to a possible increase in transport costs if fiscal aid for fuels such as diesel evaporates. The yellow vest movement in France in 2018 it emerged in peri-urban areas dependent on the car and with few public alternatives. Some researchers, like the economist Nicholas Stern, they have offered ways to overcome that fear: to use the money from a possible tax on CO2 emissions to “improve the circumstances of the most disadvantaged”.

Mikel González-Eguino abounds in the fact that “the income that the public sector would obtain from a fiscal adjustment such as the one that has been requested from Spain so that diesel is not subsidized, can be reverted to the most vulnerable households or rural areas.” “Another thing are professional sectors such as the small transporter or the fisherman where it would be necessary to advance gradually”.

2021 is being a negative rebound course in the climate. CO2 emissions are returning to pre-pandemic levels. The consumption and prices of fossil fuels have also risen again, which will eat up another large portion of public funds destined to lower their final price: “A worrying trend”, analyzes the OIE. “We already know that we are late, so the sooner this aid ends, the sooner we can put the world on the path of the Paris Agreement in which we are not,” concludes González-Eguino.