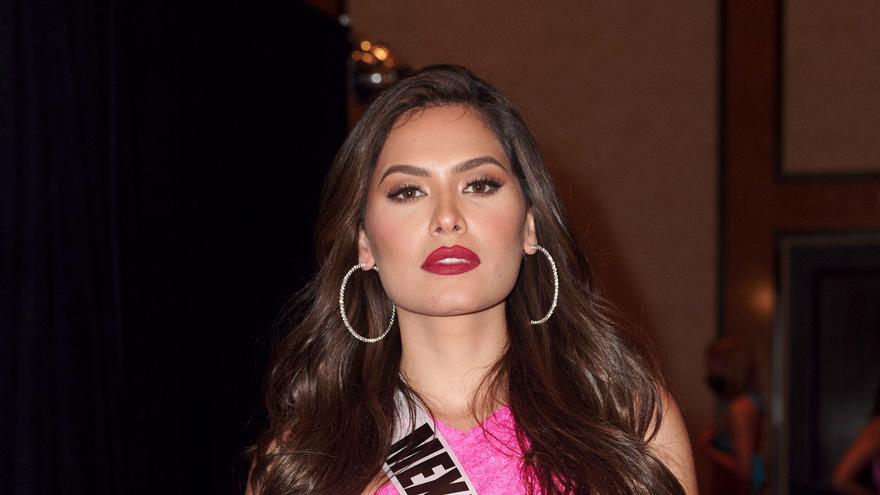 Miami, May 11 (EFE) .- With Miss Mexico and Miss Peru among the favorites, the candidates for the 2021 edition of the Miss Universe pageant spend their time confined in the luxurious Hard Rock hotel on the outskirts of Miami (USA) Until next Sunday, the day that will culminate with the coronation of the most beautiful woman on the planet.

The first major post-pandemic beauty contest, in which the successor of the South African Zozibini Tunzi (Miss Universe 2019) will be chosen, will be broadcast on the Telemundo network in the United States and on TNT in Latin America.

The ceremony will have as presenters in Spanish the actress and former Miss Mexico Jackeline Bracamontes and the Puerto Rican actor and singer Carlos Ponce, in addition to having as a special guest the American rapper Pitbull.

The gala will maintain a Latin flavor with commentators and guests such as the popular Mexican-American actor Mario López or the former Miss Colombia Paulina Vega.

This Tuesday the rehearsals and the photographic sessions of the contestants began. Throughout the day the media, blogs, “vlogs” and commentators specializing in the contest were in charge of evaluating the misses based not only on the outfit they were wearing, but even on the means of transport in which they arrived.

One of those who caused the most impact upon her arrival was Miss Mexico, Andrea Meza, who got out of a luxurious Lamborghini dressed in a fuchsia jacket and miniskirt and a red silk blouse. She was competed by Miss Thailand, Amanda Obdan, who arrived in a limousine and also appeared dressed in red.

Many of the candidates who had been in Miami for more than a week spent their days exercising and dieting, giving interviews and mentally preparing for the race. All of them visited the Telemundo Center, where they appeared on live shows.

“I arrived in Miami determined to want to live everything 100% and not let my mind make bad plays on me, but learn from all the people I am meeting so that in the future, when I remember my participation in Miss Universe, they will be fond memories “Meza declared in the program” En Casa con Telemundo “.

A NEW STYLE OF MISSES

For Venezuelan journalist Mauricio Ginestra, who has spent years interviewing and getting to know Spanish-speaking candidates, “this is probably the most heterogeneous and most interesting group that has come to Miss Universe from Latin America, even from across the continent.”

“They have impressed me because most do not bring the stereotypical messages that misses tend to repeat, but have defined and very strong identities. That is refreshing and even hopeful and allows us to see a future of this type of contest,” said Ginestra.

In this sense, he highlighted the campaign in favor of the LGBTQ + community of Miss Uruguay, Lola de Los Santos, who declared herself bisexual shortly after winning the contest in her country.

“I had never before felt the need to publicly tell about my sexual orientation, but after being crowned I opened up in my networks to tell my followers,” confessed De los Santos before traveling to the contest.

The Uruguayan model stressed that “differences enrich us and respect unites us.” “The community has struggled for years and has made great strides, which generates a lot of admiration and pride in me,” he declared.

Miss Puerto Rico, Natalia Soto, has extensive experience in the field of diplomatic relations and at 28 is one of the oldest candidates.

Miss Venezuela, meanwhile, is a pastry chef. “I believe in eating healthy, but not in not eating anything, much less sweet. I prefer to kill myself exercising than to stop making and eating desserts,” said Mariángel Villasmil, who owns the Sláinte Cakes patisserie.

Villasmil is the first Miss Venezuela in more than 30 years who was under the tutelage of the legendary Osmel Sousa, who left the organization amid a prostitution scandal and who has advised Miss Argentina, Alina Luz Akselrad, and Miss Canada, Nova Stevens.

Miss Mexico and Miss Peru, Janick Maceta, have raised the flags against domestic violence and child abuse. The two are also engineers: the Mexican, of software, and the second of sound. In fact, Miss Peru works at the Manhattan Center studio in New York and runs her own record company.

Miss Colombia, Laura Olascuaga, is one of the contestants who admits that she has prepared throughout her life to represent her country in the Miss Universe pageant and wants to convey a message of “unity and reconciliation.”

However, Olascuaga says he never thought he would get this honor when his country was in the midst of an institutional and social crisis.

MORE DIGITAL THAN EVER

This year’s Miss Universe edition – in 2020 it was suspended due to the pandemic – has bet very strongly on the digital world. The organization and the candidates have a powerful presence on social media, documenting rehearsals and special events held at the Seminole Hard Rock Hotel & Casino in Hollywood, north of Miami.

This Thursday the parade of typical costumes of Miss Universe will be transmitted through YouTube and the following day it will be possible to witness the preliminary vote.