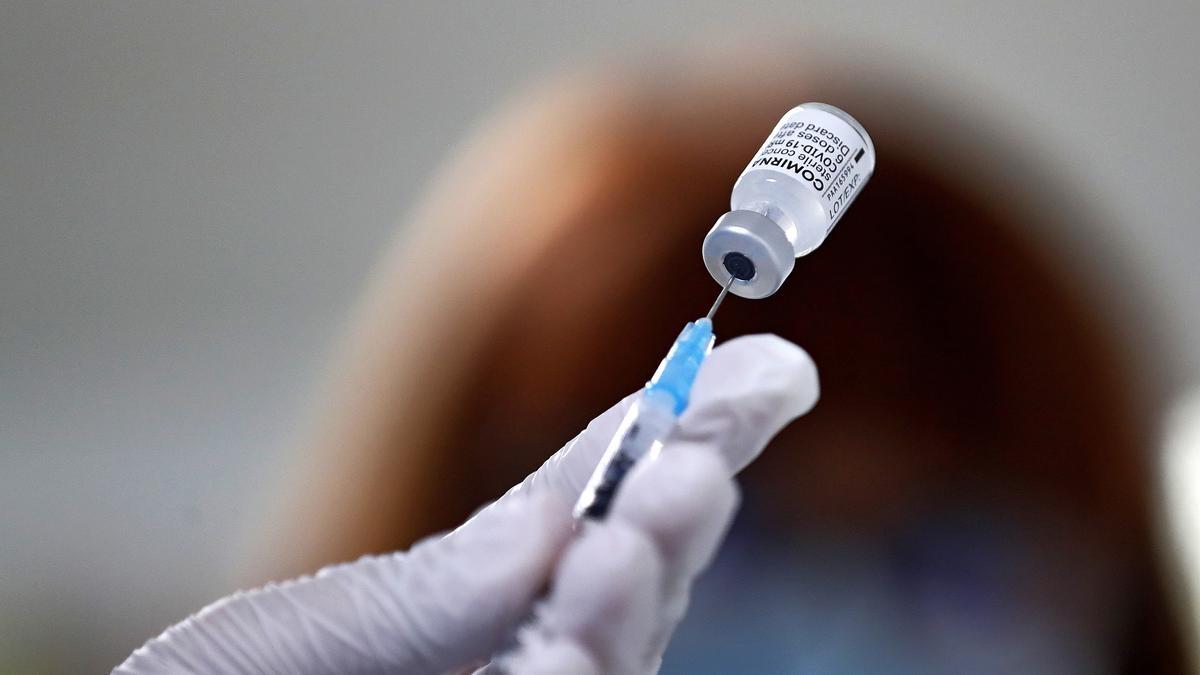 More than 3 billion people have already been fully vaccinated against COVID-19, which represents around 40% of the world’s population. Behind these figures hides a great inequality between the richest countries and those in development. Thus, only 5% of the inhabitants of Africa have received the complete vaccination schedule. A fact that the Secretary General of the United Nations, António Guterres, describes as “global shame”.

Multiple Public Health experts have warned of the dangers behind this wide global vaccine disparity. It is not only about the risk that vulnerable people face of suffering a severe COVID-19 and death due to remaining unprotected, but it also represents a potential threat to the rest of the world that, for now, enjoys the protection of vaccines. The longer SARS-CoV-2 continues to circulate massively around the world, without the limitation to contagions offered by the application of said preventive treatments, the greater the probability that variants will emerge that escape the immunity generated after vaccination, among the infinity of mutations that arise at random.

However, vaccine inequality is not the only factor that should concern us about contributing to this phenomenon of vaccine “escape”. There are several mechanisms that could contribute to this and that experts are considering. In the United Kingdom, the Scientific Advisory Group for Emergencies (SAGE), which advises the government in decision-making through the analysis of scientific evidence, has publicly explained the possible processes that could generate a variant that evades the protection of vaccines, how likely they would be and what we could do to avoid or minimize the risk.

Antigens are molecules that are recognized as foreign by the immune system, causing its response. In the case of SARS-CoV-2, the main antigen is protein S (spicule or spike), which is part of the “spikes” of the same and participates in the union and in the entrance to diverse human cells. For this reason, the vaccines marketed so far contain this key protein, which serves as “training” for our immune system to generate a rapid and effective response when the person is exposed to the virus.

We speak of “antigenic jump” when drastic changes occur in the antigens of an organism. This can occur, for example, by recombination (partial or total exchange of genes) between different viruses with a certain degree of kinship. A possible antigenic jump could occur if, by chance, the total or partial sequence of the protein S gene of another type of coronavirus (for example, MERS-CoV or seasonal coronaviruses) were integrated into the RNA of SARS-CoV- 2 when co-infecting the same person or animal.

In practice, this would lead to our current vaccines being more or less useless because the protein S they contain is different from that of this new mutant coronavirus. That this unfortunate event occurs is possible, although very unlikely, and its impact on the world would depend on the degree of variation of the new protein S compared to the original.

If SARS-CoV-2 were to integrate the MERS-CoV protein S gene, it would be disastrous, since very few people in the world have ever been exposed to this virus and therefore have immune memory against it. Fortunately, developing new vaccines with the updated version of protein S would take a matter of weeks. However, it would take multiple months to manufacture and administer around the world.

In this case, the drastic change in protein S would occur in the long term, after jumping SARS-CoV-2 to another animal species in which it could be easily transmitted and gradually mutating. As the natural selection processes that the coronavirus would undergo in a species other than humans would likely be very different, this would lead to a very different evolutionary path for the virus. That is to say, over time SARS-CoV-2 would gradually accumulate mutations and changes in its proteins (including S) in other animals that would make it a very different virus from the one that could be found in humans. If this coronavirus were to jump back to humans, with a radically different protein S, vaccine protection would suffer again to a greater or lesser extent depending on the magnitude of the changes in this molecule.

We know that this possibility is real, SARS-CoV-2 can circulate through different animal species after jumping from humans. In fact, this has been going on for a long time, for example, among white-tailed deer in the northeastern United States. Antibodies to the coronavirus have been detected in around four out of ten of these animals and scientists are concerned about whether it could become a potential reservoir in the long term.

How to avoid this risk? One possible option would be to develop a universal vaccine against multiple coronaviruses, with a broader protection and in which different proteins are integrated, beyond S. Work is being done on it, but for now such a vaccine does not yet exist and we do not know if it would be feasible. On the other hand, epidemiological surveillance of possible animal reservoirs could also be useful to anticipate the dangerous re-entry of the new virus into humans.

Antigenic drift consisting of the progressive accumulation of mutations in SARS-CoV-2, over time, which cause more and more changes in various proteins, including S. When the number of changes in the sequence of the Protein S is elevated or when modifications are made in key sites, the immune protection generated by the vaccines may be substantially weakened. This occurs because the immune system stops recognizing the modified protein S to a greater or lesser extent. In the most extreme case, this new protein S could be perceived as completely new and the immune protection would disappear.

This process of antigenic drift has been occurring from the moment that SARS-CoV-2 began to exist, since its genetic machinery is imperfect and generates errors (mutations) from time to time that can be transmitted around the world if they represent an evolutionary advantage. . For now, only some of the current variants cause a slight decrease in vaccine efficacy. The coronavirus does not mutate very quickly (although if it is found infecting many people the chances of new mutants emerging are multiplied). This is compounded by the particular biology of coronaviruses, which do not usually form serotypes (“variants” with their own antigens and distinguishable from other variants by antisera). Taken together, this makes the likelihood of SARS-CoV-2 completely escaping from vaccines very low, but not zero.

The measures to be taken to avoid antigenic drift are clear: To begin with, limit infections where the incidence is high, immunize the maximum number of people around the world, especially the most vulnerable, with vaccines that protect against them. dominant variants. Also revaccinate when immune protection is clearly weakened over time (something we are seeing in immunosuppressed or elderly people). And finally, closely monitor the evolution of SARS-CoV-2 for the early detection of relevant variants, which may actually escape the protection of vaccines. Thus, updated vaccines could be generated in a rush.