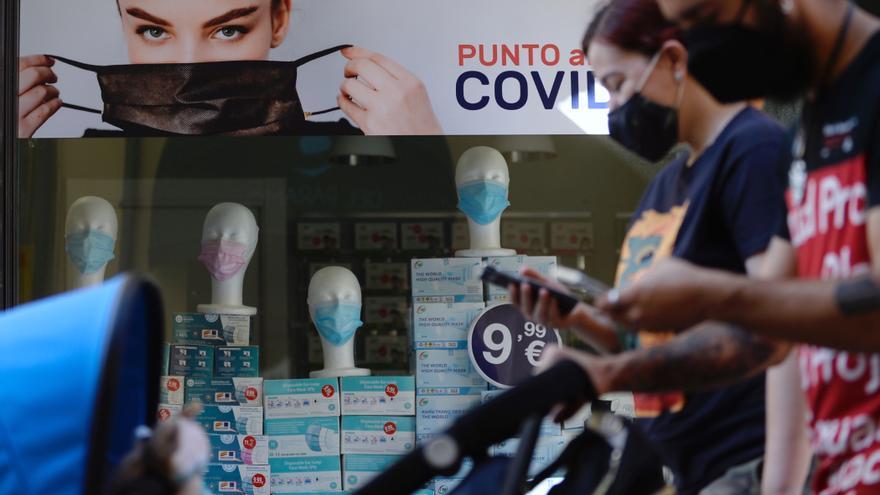 Now that Spain has entered a plateau of contagion and has taken the health emergency under control, scientific discussions are being reopened that were put aside in the most acute phase of the pandemic. One of them if the coronavirus can be considered a seasonal infection, such as the flu, with a higher prevalence in conditions of low temperature and humidity.

A first study, carried out by AEMET and the Carlos III Health Institute in April 2020, found the “first signs of a relationship” although it was not considered a determining factor given the large number of people without immunity to the virus. So it was already assumed that the virus would not disappear in summer, like the flu. A month later, another research published in a Canadian scientific journal (CMAJ) reaffirmed that the transmission would be eliminated with high temperatures.

The Barcelona Institute for Global Health (ISGlobal) has tried to answer the question, a year and a half later, whether SARS-CoV-2 will behave like a seasonal virus or will be transmitted with the same intensity throughout the year . The resulting study, based on samples taken from 162 countries and published in Nature Computational Science, concludes that there is solid evidence that it does and recommends that “meteorological parameters be included in the planning and evaluation of control measures.”

The coordinator of the research, Xavier Rodó, warns that knowing what the behavior of SARS-CoV2 will be now that the incidence is controlled “becomes increasingly important” to guide the implementation of control measures and effective interventions.

The methodology used was as follows: first, the association of temperature and humidity was scrutinized in the initial phase of the spread of the virus in 162 countries on five continents, “before changes in behavior and public health policies were implemented” , explains ISGlobal in a press release. The results showed a negative correlation between the transmission rate (R0) and temperature and humidity. The team then analyzed the evolution of this association over time and verified whether it was consistent at different geographical scales through a statistical method.

“The first pandemic waves diminished with increasing temperature and humidity, and the second wave increased with decreasing temperature and humidity,” the measurements confirmed. However, the pattern was broken during the summer on all continents. “This could be due to several factors, including massive concentrations of young people, tourism, and air conditioning, among others,” explains Alejandro Fontal, ISGlobal researcher and first author of the study ‘Climatic signatures in the different COVID-19 pandemic waves across both hemispheres’.

After carrying out all the analyzes – including the southern hemisphere where the virus arrived later – the researchers conclude that the effects of the climate were more evident at temperatures between 12º and 18ºC and humidity levels between 4 and 12 g / m3, “although the team warns that these are indicative ranges, due to the limited registration time “.

Ultimately, the study shows that including temperature among the variables to measure the transmission rate works to “predict the rise and fall of the different waves.” “All of our results support the idea that COVID-19 is a truly seasonal infection, similar to the flu and the other common cold coronaviruses,” says Rodó.

Scientists warn that with the results obtained it is necessary to improve “air hygiene” by more adequately ventilating interior spaces. A recent CSIC study at the Son Espases hospital (Mallorca) revealed, counterintuitively, that SARS-CoV-2 was more present in the hallways of the center than in the rooms of the infected.