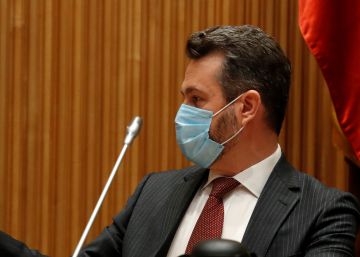 Crypto assets are not only virtual currencies, such as bitcoin, ethereum or dogecoin issued with blockchain, the best known technology of the so-called distributed registry (DLT, for its acronym in English). These currencies are not under the control of the CNMV, except for its advertising, but any other asset issued with this technology that is considered a financial instrument will be. That is, essentially those that can be negotiated, according to the draft of the Ministry of Economic Affairs to reform the market law.

Once the new text is approved, there will be no doubts. “The adaptation of the norm is evident with the modification of the definition of financial instrument, which now includes those that are issued and traded using distributed ledger technologies,” says the draft of one of the royal decrees intended to modify the regulation. of the financial markets in Spain.

The objective is to clarify, “without any legal doubt remaining,” that such instruments can be issued using distributed registry technology, says the ministry led by Nadia Calviño. Until now, it wasn’t black on white.

Thus, determined tokens (in English, tokens) – privately issued units of value – created with the aforementioned technology will be subject to the supervision of the CNMV as long as they meet a series of requirements. It will be the current financial instruments that are scored with DLT technology. In other words, shares, money market instruments, participations and shares in collective investment institutions, derivatives and emission rights.

In short, it is clarified that the formula used to issue a financial instrument does not matter. Thus, it is possible to use the classical method –which implies the participation of at least one entity that is in charge of accounting records– or DLT technology, which allows to record, share and synchronize transactions and data between multiple users in various locations, creating a decentralized environment.

“This is the first step towards the recognition of decentralized finance and the unstoppable advancement of digital assets and crypto assets. It will mean a democratization of financial services, thanks to the possible reduction of costs and the elimination of certain intermediaries ”, explains Gloria Hernández Aler, partner of finReg 360.

The tradable ‘tokens’ will be under supervision

The data from blockchain technology, in the case of listed companies, could include the ownership of the shares, the rights of these and the transactions carried out, explains in an article Rebeca Herrero Morant, professor of Commercial Law at the University of Saragossa.

Watch out for cryptocurrencies

The reform will not imply, however, that cryptocurrencies are subject to the direct supervision of the CNMV. “They are not financial instruments and they are not yet regulated or supervised,” warned the president of the market watchdog, Rodrigo Buenaventura, on March 9 at the meeting organized by the supervisor on fintech and cybersecurity. Its regulation will be subject to the future European MiCA regulation.

It is true that advertising on crypto assets will fall under the control of the CNMV. Economic Affairs included that power in an express reform in the face of the avalanche of campaigns on bitcoin and other cryptocurrencies. And the supervisor is in the process of approving the circular that will land the issue.

The draft, in consultation until April 16, included the possibility of requiring prior communication for large campaigns and also contemplated the power to require subsequent cessation or rectification in smaller ones.