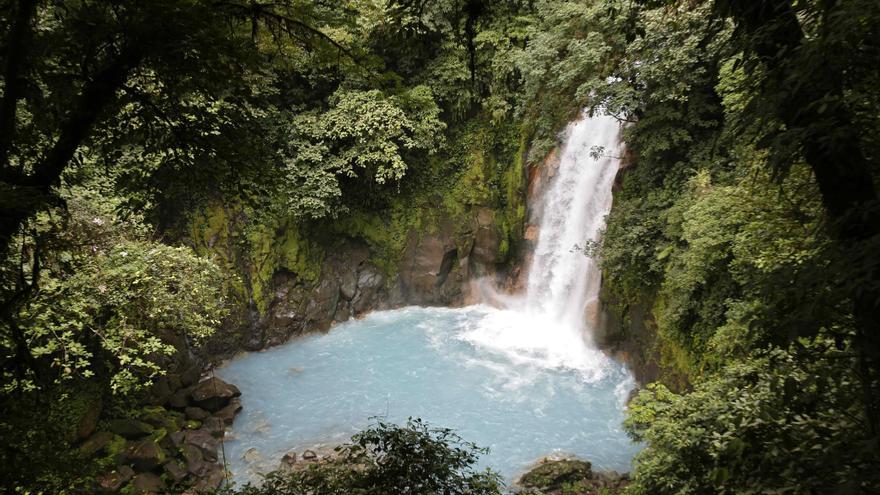 San José, Apr 24 (EFE) .- Costa Rica announced this Saturday the creation of a tourism project that will take advantage of the natural and scenic riches of the Tenorio Volcano National Park, located in the North Pacific.

Presidential House indicated in a press release that the Rural Development Institute (Inder) increased its investments to support rural tourism initiatives with the aim of contributing to the reactivation of this sector, hard hit by the covid-19 health crisis.

The initiative has an investment of 55 million colones (about $ 90,000) and directly benefits 24 families from the closest area of ​​the town of El Sombrerito, and indirectly 100 families from nearby places.

“This is an example of how nature and Protected Wild Areas can be an engine for the development of communities in the country,” said the Minister of Environment and Energy of Costa Rica, Andrea Meza.

In addition, the Arenal Tempisque Conservation Area, which encompasses the Tenorio volcano, and the Administrative Association of Agricultural Production and Inter-institutional Coordination of the El Sombrerito Settlement signed a use permit agreement to develop ecotourism, as well as for training and research.

The president of the organization, Danilo Lobo, said that within the ecotourism activities the trail of the burners stands out, which runs through a very humid cloud forest, and in which you can see hot springs, flora, fauna of great beauty and natural variety.

“The initiative also has infrastructure for the reception of visitors, among other attractions. In addition, during the tour you can see landscapes such as Lake Arenal and several wind farms in the town,” explained Lobo.

The authorities reported that they are currently working with other institutions such as the Ministry of Health, the Ministry of Agriculture and Livestock and the State Distance University to expand the project and obtain more institutional support.

Tourism is one of the main engines of the economy of Costa Rica, a country that is home to about 5% of the planet’s biodiversity, which is one of its main attractions.

This sector, which received an average of 3.1 million foreign tourists a year, has been one of the most affected by the pandemic due to border closures and movement restrictions.

Costa Rica, a country of 5 million inhabitants, closed all its borders on March 18, 2020, as a health measure to prevent the spread of covid-19. Sea and air borders opened in August 2020 and land borders this month.