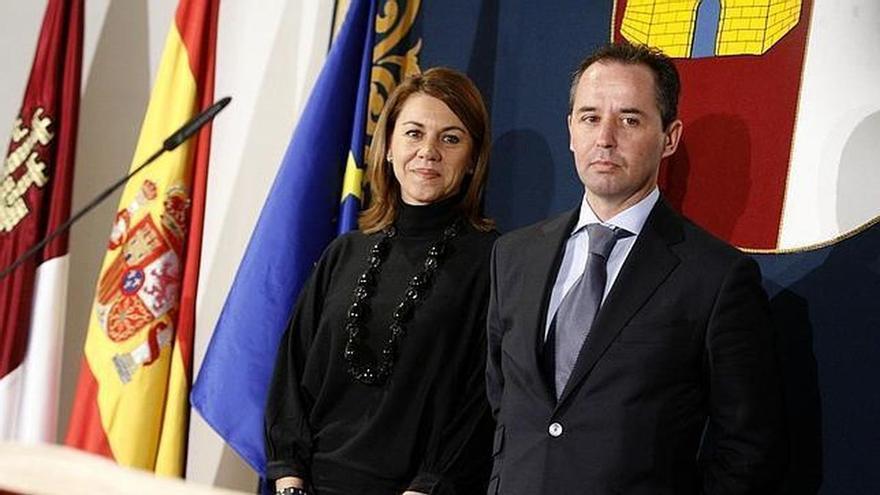 Commissioner Andrés Gómez Gordo admitted to the Kitchen case judge that paid with funds reserved to Sergio Ríos Esqueva, the driver of Bárcenas whom the political police captured for espionage the former treasurer. Of course, he insisted that he always thought he was all loyal and that he only did what his superiors ordered.

In the audios of his statement before the judge, to which elDiario.es has accessed, the one who was the head of the escort of María Dolores de Cospedal and the man for everything of the then president of Castilla-La Mancha insists that he did not know the Illegal nature of the Kitchen operation, because if he had known, he would not have participated, he says, and refers to the fact that he had been in the Police for 27 years and that he would not compromise his career if “he had thought he was related to Bárcenas.”

When asked by the prosecutor, Gómez Gordo admits that from a certain point on, he took charge of the cash deliveries to Bárcenas’ driver, because Eugenio Pino, the deputy director of operations of the National Police, asked him to do so.

These deliveries had been commissioned until then by Commissioner Villarejo, who usually dealt with Ríos Esgueva, but after several encounters with other members of the political police – “He had a fight with the DAO, everything was in the press,” says Gómez Gordo- , the police officer now in prison stopped taking care of payments with reserved funds.

Gómez Gordo tells the judge that he paid him with bills of 100 and “sometime 500”. Of course, the one who was an advisor to Cospedal ensures that his participation did not go beyond there. He never received “any document” from Bárcenas’ driver, he assured in his statement.

At one point during the interrogation, the prosecutor asks him about some receipts that appear in the summary in which Ríos Esgueva signed to make it clear that he had received the 2,000 euros. But since there are only some of those you receive in the case, the prosecutor asks him how this expense was justified internally in the Police. It was not done, replies Gómez Gordo.

The commissioner makes it clear that the reserved funds were moving without any control but is quick to get rid of any suspicions: “I have not caught a penny from anyone in my life.” It states at one point that “reserved funds cannot be justified” and that “there is no legislation” to control them. When the prosecutor asks him if he knows the legislation that affects them and that is why he makes that statement, he says no: “I don’t know it, it’s what they have always said there, I have never dealt with reserved funds, I did what they ordered me to do. ”.

Gómez Gordo admits that he has now realized that “someone may think that this is not justified.” “I would not do that again like that, without witnesses, and without light and stenographers, because I have not seen myself in another like it in life, after 27 years in the police,” he says. He adds that he was stopped paying when he entered the police academy, another of the rewards he received for his espionage work.

A UDEF report revealed the payments

A UDEF report contributed to the summary of the Bárcenas case points out that, together with Commissioner Villarejo, now in prison, Gómez Gordo “paid” to the Bárcenas family driver “An amount of 53,266.22 euros” with “origin in reserved funds”. The receipts of these payments appear in the summary, to which elDiario.es has had access and can be consulted here.

Ríos Esgueva is one of the protagonists of the “para-police operation” investigated in Operation Kitchen, a compendium of extra-police maneuvers to try to prevent the PP treasurer from putting his revelations to the government party on the ropes with his revelations. It was the mole that the political brigade, a group of agents who worked outside the body and without a police mandate following orders to weaken the political rivals of the PP or defend the party from its corruption, infiltrated the Bárcenas’ home to steal documents and provide information on family movements.

In exchange, he received the aforementioned 53,266.22 euros between July 2013 and September 2015. After receiving monthly payments of 2,000 euros for almost two years, an inordinate amount for a confidant, he joined the Police at the age of 42, at the end of the mission, also as part of the payment for having acted as a mole.

Gómez Gordo worked for years outside the Police always at the service of the PP and, especially, of María Dolores de Cospedal while she was president of Castilla-La Mancha. He had an office a few meters from the then Castilian-La Mancha president who placed him as a senior position in the regional administration: general director of documentation and analysis of the Government of Castilla-La Mancha.

He returned to the Police to manage the relationship with Bárcenas’ driver, whom he knew for having worked alongside him for the vice president of the Community of Madrid, Francisco Granados, -the leader who gives its name to the Punic operation, another great summary of corruption- and six months after returning he was awarded a pensioned medal.