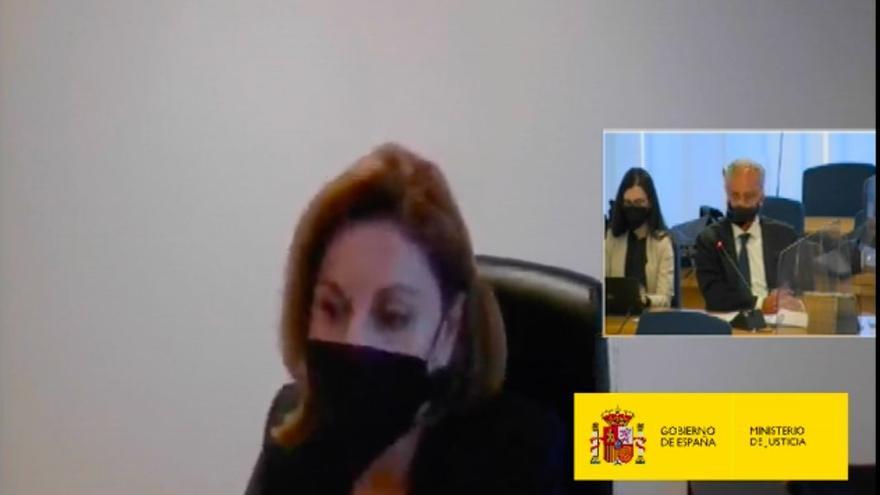 The former general secretary of the Popular Party María Dolores de Cospedal has denied this Tuesday in her statement as a witness in the trial of box B the payment of opaque bonuses to leaders of the training and the existence of parallel accounting already accredited in a final judgment by the Supreme Court. “It will be a B accounting of the one who was manager or treasurer of the Popular Party, but not of the Popular Party,” he said to questions from one of the lawyers for the popular prosecution. He has also rejected the existence of black payments to party members who collect the manuscripts of the former treasurer: “I do not know or admit that there is a system of payment of bonuses.”

The papers of Bárcenas, whom he has cited by name on only two occasions in an hour and a half of interrogation and about whom he has said he feels “contempt”, attribute two opaque payments of 7,500 euros in the second half of 2008. In total, 15,000 euros that she has categorically denied having received. In fact, he has reminded the court that he denounced the former treasurer for “defamations” for the publication of those papers and the Provincial Court of Toledo ordered Bárcenas to pay him 50,000 euros. Likewise, it has ensured that it did not receive the 25,000 euros in cash that, according to Bárcenas, he had given her and Mariano Rajoy in 2010 after receiving that amount from the party manager in Galicia, who had generated a debt with the training nationwide in previous years. “That is false,” said the one who was number two of the PP between June 2008 and July 2018.

Like the rest of the former leaders who have appeared this Tuesday as witnesses in court, Cospedal has distanced himself from the economic management of the party. Thus, she has ensured that, according to the party’s statutes, she as general secretary was responsible for the leadership of the personnel in the political sphere, but not in the economic sphere, which “was the responsibility of the national treasurer.”

In a similar sense, the former secretary general of the PP and vice president of the Government Francisco Álvarez Cascos had previously spoken, who this afternoon has climbed a step in the denial of box B by ensuring in the trial, not only that it does not exist, Rather, his party was precisely the one that ended the irregular financing of the parties when he came to power. “The use of spurious instruments to get a contract is implausible because it was impossible,” said Cascos, referring to the regulation that he himself promoted for the award of contracts by public administrations.

Álvarez-Cascos has taken advantage of a question from the popular accusation exercised by the Free Association of Lawyers, together with IU, to take an enlarged photocopy of a cover of The country of 1991 in which a socialist minister exhorted to end the irregular donations of the companies to the parties before the PP won the elections of 1996. “Now it turns out that we are under suspicion by those who do not have the slightest concern to investigate what that happened in Spain before ”, said the former number two of Aznar in the game.

The one who was general secretary of the PP between 1989 and 1999, has denied in his statement as a witness in the trial of box B having received opaque bonuses and has assured that he is unaware of the existence of the irregular financing of the conservatives already accredited in a final judgment. “I have never met, handled or delivered a box B. Those annotations [recogidas en los llamados papeles de Bárcenas] they have nothing to do with me, ”said the former minister, who has insisted that while he held positions in the Popular Parliamentary Group or the Popular Party,“ all ”his remuneration is declared to the Treasury, incorporated into his income tax return and has been “Transparent”.

Helmets, however, appears as the main beneficiary of these deliveries. With the denominations Paco, PAC or Cascos, the Bárcenas papers register payments worth 411,404 euros between 1992 and 2004. Cascos, who would have also received these bonuses in his stages as vice president and minister of Development in the Aznar governments, is the only who continued to appear as a recipient after leaving the General Secretariat. Helmets, who left the PP in 2011, has maintained before the court that all their salaries were declared and subjected to the corresponding tax withholding.

Tags: b, Barcenas, Bonuses, Box, Cospedal, denies, do not, He says, PP