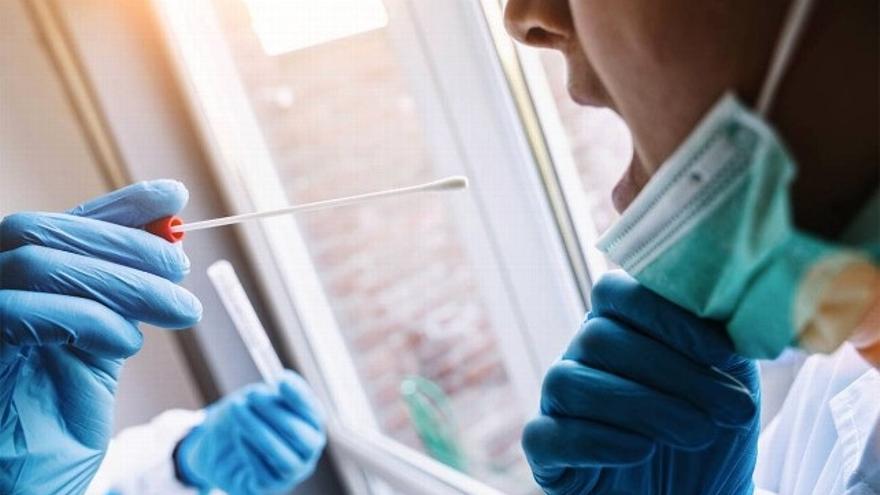 Since March 2019 it is difficult to get through a day without hearing, reading or mentioning the word ‘coronavirus’. A term that, such as ‘COVID’, ‘de-escalation’ or ‘de-escalated’, has been incorporated into any daily conversation in recent months but which, until now, did not appear in the Dictionary of the Spanish language (DLE), which has updated its digital edition with 2,500 new features.

The director of the dictionary, the academic of the RAE, Paz Battaner, has announced this Tuesday the inclusion of these terms. “COVID”, for example, enters as a capitalized noun and is correct both in feminine, the grammatical gender that the RAE handles because it is a disease, and in masculine. “In the end, Spanish speakers will decide why they choose,” said the director of the Academy, Santiago Muñoz Machado.

Those responsible for the dictionary have been studying the words related to the pandemic since May, which has led to the incorporation of some new ones such as ‘coronavirus’, ‘deconfine’ or ‘de-escalated’, as well as to give other new meanings. This is the case, for example, of ‘confinement’, which appeared in the dictionary as a “penalty for which the sentenced person is forced to live temporarily, in freedom, in a place other than his home.” Now it is also a “temporary and generally imposed isolation of a population, a person or a group for reasons of health or security”. “It is no longer a penalty”, explained the academics, who point out that “when something like this happens, the lexical and semantic change is observed directly”.

In addition to the new words related to the pandemic that have been introduced in the 23.4 edition of the dictionary, there are additions such as’ emoji ‘or’ emoticon ‘,’ troll ‘”or’ trolling ‘,’ finde ‘,’ fascist ‘,’ animalism ‘,’ alpha male ‘,’ nacho ‘or’ gastrobar ‘.

The words ’emoji’ and ’emoticon’ are now also incorporated into the dictionary, with a clearly Castilian spelling, as well as the terms ‘trol’ and ‘trolling’ to define “in Internet forums and social networks, user who posts provocative messages, offensive or out of place in order to annoy, draw attention to, or boycott the conversation.

And although ‘thread’ is not a new word, the dictionary has added an addition of meaning relative to its use in internet forums or social networks to talk about a chain of messages published on the same subject.

The director of the RAE has explained the “severe” procedure that is carried out to add words. Any citizen or academic proposes a modification; It is verified that it is used intensively on the corpus of the RAE and that it is used in practically the entire Spanish-speaking world; goes to one of the committees of the plenary session; it is sent to each of the 22 academies; and so that year they go to the dictionary.

“It does not bother Spanish, a mestizo language, the incorporation of words in” crude “, said the director of the RAE in reference to the Anglicisms in the matter of Internet: The thing of” English invades us is not a big question concern, the words are Castilianized and do not mean much in the immensity of the Castilian lexicon, “said Muñoz Machado.

The colloquial meaning of ‘finde’ has been added to the meaning of weekend. “It is a wink to the speakers in Spain, it was accepted although I don’t like it, although the majority of speakers use it,” says Muñoz Machado, an acknowledgment to use, mainly in Spain.

The job of “reponedor” did not exist and now the language has incorporated it into its dictionary. And a new meaning of “avatar” is also included, as a graphic representation of a user in the digital environment, or “alpha male”.

As far as gastronomy is concerned, “gastrobar” appears from this moment as “bar or restaurant that offers tapas and haute cuisine rations” and will also appear ‘nacho’, to speak of the “triangular piece of corn tortilla, typical of the Mexican cuisine, which, when fried, is eaten as an aperitif, generally accompanied by thick sauces “. And ‘faláfel’, a typical dish of Arab cuisine.

The word “animalism” will also appear as the movement that advocates the defense of animal rights and “globalism” as the movement in favor of the collaboration of all countries and the creation of a world government.

Since 1726, Battaner explained, the Academy continually reviews its Dictionary, which has about 100,000 entries, more than 2,500 new features introduced this year, half are additions of new terms and the rest are amendments, that is, terms that have been corrected as for example with “marmitako”, which previously only appeared as “marmitaco” in the Dictionary.