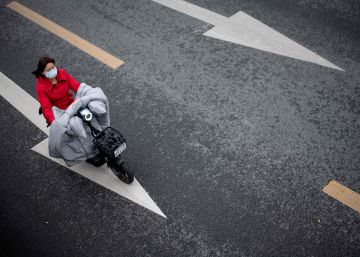 In a recent article published in EL PAÍS, Juan Luis Cebrián claims that, after the ravages of the pandemic (and however much the populists protest), it will be “The hour of the philosophers”. He then quoted an Italian professor who called for the erection of a “planetary constitutionalism”, a general awareness of our common destiny and a system that guarantees our rights as a species. The call to uniformity, to close ranks, classic in the face of great threats, was immediate. Cinema and literature advanced it. Under the attack of aliens, the historical enemies become allies. Although, paradoxically, the threat of the virus has caused countries to close borders and expel foreigners. Any excuse is good for nationalism.

In another line, which runs parallel to the previous one, Muñoz Molina celebrated the arrival of the hour of the experts, of recognition “solid and precise knowledge”And that, amid the din of opinion, the voice of qualified professionals was heard, as if that knowledge were one and uniform, as if there was a unified scientific reading of what is happening. Both proposals tend to generalize behaviors and reactions, to a certain “uniformity” of thought, as Hannah Arendt said. A unique threat, a unique reaction. This way of thinking, useful in the sciences that frequently resort to abstractions and generalizations, is the workhorse against which anthropology and epistemological pluralism have fought.

In a third line, related to the previous ones, Byung-Chul Han, a South Korean philosopher based in Berlin, explains why Asian countries are better managing the crisis. The Confucian heritage of Japan, Korea, China and Hong Kong, makes citizens tend to respect more authority and be more obedient than in Europe. For Han, that effective reaction is also due to technology, the multitude of cameras that record what happens on the streets and the use of the big data. The South Korean proposal is the least philosophical of all and is as inane as that of Yuval Noah Harari. Again it is an external agent, in this technological case, the one that will remove the chestnuts from the fire. Zizek’s interpretation that the virus will deal the final blow to capitalism seems like a joke. The virus will not make the revolution, but it should at least radically restrict the capitalist logic of productive acceleration.

Dreams are ahead. The cult of the viral has become a macabre reality. COVID-19 is not only testing modern capitalism (suicidal, patched, invested, deficient, continually fleeing forward), it is also questioning our way of life and values. When the terrible earthquake that struck Lisbon in 1755With the corpses still fresh, Rousseau lamented the hive spirit that leads men to live in crowded cities, in tall apartments far from the ground. Today something similar could be raised. Are air traffic levels excessive? Wouldn’t it be necessary to put a stop to predatory tourism that no longer contemplates art or landscape, but rather the effective way of taking a snapshot to upload it to the networks? Is it lawful for us to leave the elderly holed up in residences? Is it necessary to prolong life to inhuman limits? Our planet has already shown signs of not supporting the accelerated logic of the global market. We know that not all families can have the number of cars that German families have, but we pretend we don’t know.

“The best recommendation is to stop thinking about the virus and continue working. Fear lowers your defenses and the binge of news bulletins wound the disease”

We will probably never know what the origin of the pathogen was, if it had a natural origin, if it accidentally escaped from a laboratory, if it was spread by a black hand anxious to accelerate natural selection or if it is a consequence of the excessive exposure of living beings to electromagnetic fields (Wuhan is one of the centers of 5G technology). But there is an aspect of the pandemic that can be assumed. They have all told us on one occasion in a warning tone: “You confuse the cause with the circumstance.” This is precisely what some Buddhist thinkers consciously did. Blurring the concept of cause in that of circumstance, something that physics-mathematics continually does. In general, the equations do not distinguish between cause and effect. They maintain a healthy skepticism about who hit and who was hit. Mathematically, the chicken and the egg are interchangeable and the arrow of time disappears. The circumstance blurs the leading role of the cause. When the causes multiply, we start talking about circumstances. Some Buddhist philosophers went so far as to affirm that nothing is the cause of nothing, that there is only circumstance. The problem would then be in our current circumstance at a global level, given that the virus participates in that much sought globality.

At this point it is not superfluous to remember that, without a feeling of belonging to the natural order, science deviates. For a long time now, nature has ceased to be the benefactor mother who welcomes us into her bosom to become an enemy. “Torturing nature until it spits its secrets,” said Bacon. That hostile feeling of man towards nature is ancient and has not only created an ontological delusion, strengthening the loneliness of our species, but has unleashed indifference towards the planet. The science of the future will have to take this circumstance into account. On a personal level, I think the best recommendation is to stop thinking about the virus and continue working. Fear lowers the defenses and in this sense the binge of news is not innocuous and gives wind to the disease. The mental culture at this point is decisive. Life and death can be decided in the realm of the imagination.

David Hume said that philosophy was the habit of feeding an inquisitive humor that will never be satisfied. Many questions occur to me and I would like to record some. Why does this virus have a polyhedral behavior? In the virus equation, the behavior of the virus does not depend exclusively on itself, but the boundary conditions. We know that a virus is a border entity between life and the inert. In a sense it is the presence of death in life. It does not have the capacity to reproduce like life and, to do so, it enters the cell like a surrogate mother and replicates its DNA thanks to the machinery of the cell itself. To cross the cell membrane requires a certain chemical affinity. The virus appears to affect older people and respect children. Does it detect cellular fatigue? What can we learn from this circumstance? The questions are countless. Philosophy has a duty to offer them for science to investigate.