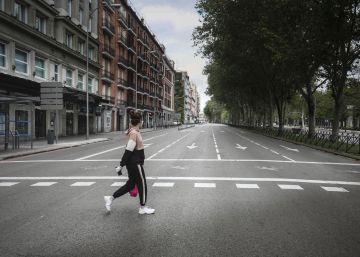 The declaration of the state of alarm and the movement restriction measures that have been imposed in recent months to control the spread of the coronavirus have caused a radical change in the lifestyle of the population, with the implications for mental health that this entails. According a study of the Complutense University of Madrid, carried out between April 8 and 9, one in five Spaniards presents significant symptoms of depression and anxiety linked directly or indirectly to the health crisis. A clinical picture that in the case of employed workers may lead to the start of a medical leave.

One of the most frequent doubts when granting temporary disability due to depression is knowing what can and cannot be done in this socially associated clinical situation of sadness and discouragement. Uncertainty increases more if possible at a time like the present, marked by the de-escalation of confinement and the progressive arrival of the new normality: is it legal to go for a walk or do sports while on leave? Can you make escapes without risk of being penalized? The truth is that the Workers Statute (ET) does not give many clues in this regard, beyond leaving the door open to the disciplinary cessation of all employees who violate contractual good faith, an indeterminate legal principle open to the interpretation of the judges.

Justice has defined over the years the limits between the prohibited and the legally admissible in matters of casualties, following the consolidated doctrine of the Supreme. The High Court has reiterated on numerous occasions that workers in situations of temporary disability, both physical and psychological, can carry out different activities, as long as they do not disturb their healing or demonstrate their ability to work.

Thus, for example, the Superior Court of Justice (TSJ) of Catalonia clarified years ago that taking a short trip does not have to be incompatible with a depression leave. Specifically, the Social Chamber declared inadmissible the dismissal of a worker diagnosed with an anxiety-depressive condition who traveled by car from Barcelona to the town where her parents lived, in the province of Huesca. She was also seen by several witnesses walking with her husband and children through the town. Magistrates ruled that the applicant’s attitude was not only not fraudulent, as the company maintained, but also evidenced her willingness to recover by seeking emotional support from her closest environment.

The same arguments were followed by the lawyers of a fired Vigo telemarketer after moving to the A Coruña town of Riviera to live with her family for a time and cope with the adaptive and anxiety disorder that she had suffered for a year. However, they were not successful. The TSJ of Galicia endorsed the dismissal without the right to compensation for the young woman after verifying that she went for three days to the travel agency run by her sister, where she was caught carrying boxes and attending to the clientele by a private detective. Failure It determined that if the employee had sufficient capacity to assume a full day in a small business, “she was also able to carry out the job she was assigned as a telemarketer.”

Sports activities can be a good therapy to recover from depression. In this sense, courts often reject disciplinary dismissals of patients who exercise regularly or even enter competitions. This is the recent case of a worker who participated in a national bodybuilding competition after being diagnosed with a picture of stress and anxiety. The man managed to win second place in the Spanish National Cup for Bodybuilding and Fitness. His company then decided to terminate his contract, alleging that “there is a considerable difference between playing sports and submitting to the demands of high competition.” In its judgment, TSJ of Extremadura overturned the dismissal based on the expert report of a psychologist who testified that participation in the contest was beneficial to the employee’s mental health and gave him strength to overcome his condition.

Another point that generates more doubts is related to leisure activities. And it is that suffering from depression is not always at odds with participation in certain leisure events and the development of recreational hobbies. This is demonstrated by a recent sentence of the Catalan TSJ that gave the reason to a worker who was kicked out for acting as a singer in several nightly shows while she was on leave due to an anxious-depressive picture. Specifically, according to proven facts, the young woman offered two flamenco recitals, in a tablao in Barcelona dressed in the typical costume of faralaes and accompanied by a guitarist, a palmero and two bailaoras. The ruling indicates that the mere fact of singing flamenco before dozens of spectators does not in itself prove that the artist was in optimal conditions to return to her job as a security guard. On the other hand, as the sentence highlights, the representations did not entail any remuneration and occurred outside of their working hours.

What is not admissible in the eyes of the judges is that the beneficiary of a depression leave go to entertainment venues to consume alcohol and alternate. It is precisely the behavior carried out by a carrier who was caught up to seven times in various bars and pubs drinking beers and “without any symptoms of anxiety or depressed mood.” The TSJ of Murcia did not hesitate to endorse judgment the sudden cessation of the worker considering that the alcoholic beverages he ingested are contraindicated and are counterproductive with the medication taken by these types of patients.

Article 175 of the General Social Security Law establishes that the temporary disability allowance may be denied, annulled or suspended when the beneficiary acts fraudulently; work for yourself or someone else or when, without reasonable cause, you abandon medical treatment.

Likewise, the Law on Infractions and Sanctions in the Partner Order foresees that all these conducts will suppose the suspension of the benefit of the benefit for a period of six months or even the extinction of the right to the subsidy (article 47), without prejudice to the reimbursement of the amounts improperly charged.