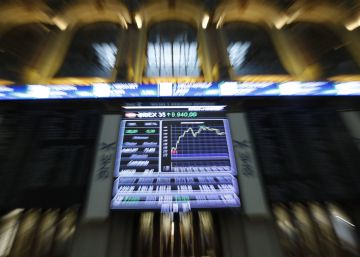 After the slight rebound on Wednesday, panic at coronavirus It has frightened investors again. The IBEX 35 falls again strongly in the session on Thursday, with a decrease close to 2% mid-session. In the last six days he has lost more than 9%.

During the early hours of the morning, the selective Spanish was dangerously close to 9,100 points. The same effect has been reflected in most financial markets in the rest of Europe. The stock exchanges in Milan, Frankfurt, Paris and London suffered drops of around 2%. In the Pacific, falls have hit mainly the value markets of Japan and Korea.

The most punished values ​​of the Spanish listed market have been from the tourism sector. The IAG airline group was left almost 10% on Thursday. The Meliá hotel, almost 6%. Amadeus, a provider for the travel industry, fell more than 4%. Arcelormittal was another of the major affected, with its actions going down around 5%.

The flight cancellation and closing of destinations has led companies in the aeronautical sector to maneuver in the face of an economic impact that the International Airline Association (IATA) expects to reach 30,000 million dollars (27,500 million euros). The Lufthansa group, the largest airline in Europe, announced on Wednesday the freezing of new hires, the interruption of Asian routes and offered its staff the first unpaid leave with immediate effect.

The rest of the listed Ibex also did not escape contagion, with the slight exception of Cellnex and MasMovil, which marked slight increases. Red has become the predominant color of the Stock Exchange during the week and has accompanied an avalanche of business results that already warned of the impact that the coronavirus will have on its 2020 accounts.

After meeting a second contagion this morning in the Valencian Community, the total of positive in Spain rises to 14, which are added to the first two infected, already discharged. Since Tuesday, the sum of infections outside of China exceeds the new daily infections in the Asian giant. The Chinese authorities reported on Thursday 440 new cases totaling 78,630 infections.

From Asia to Latin America

The Pacific Bags are also burdened by the expansion of the coronavirus. The Korean Kospi registered at its close 1%, while the Japanese stock exchanges suffered falls above 2%. The suspension of production lines in multiple factories in China has caused the first supply problems even in Spain, with the ERTE announced at the Fujitsu factory installed in Malaga.

In Latin America, since last Tuesday Brazil identified the first case of Covid-19 disease in the continent, the panic of the virus has begun to spread through neighboring stock exchanges and has collapsed the values ​​of Stoo Paulo. Thus, Buenos Aires and Lima, whose countries have not yet registered cases of coronavirus, closed their financial markets yesterday with falls of 5.65% and 6% respectively, while the Stock Exchange of São Paulo It was down 7%. The figures have led the country to lower its growth estimate for this year. The The Brazilian Central Bank’s GDP forecast has dropped from 2.23% to 2.20%, which is already the second consecutive fall of the indicator.