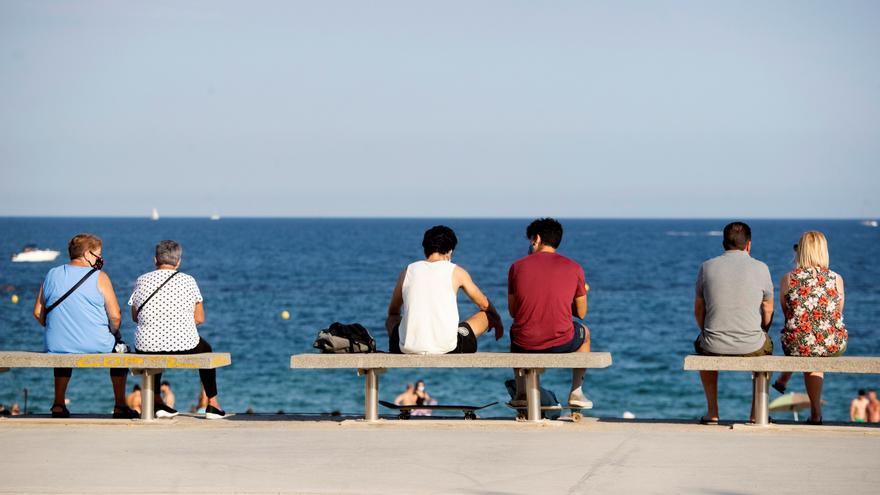 The situation of coronavirus outbreaks in Spain already leaves three autonomous communities in a “complex” situation after Navarre has increased its cumulative incidence of cases in recent days and has been forced to go back to Phase 2 in a neighborhood of Pamplona. . Thus joins Catalonia and Aragon, which continue to record a high number of positives and maintain restrictive measures.

The controversial case of the Fuenlabrada Football Club outbreak, with eleven positives, has been recorded in the Community of Madrid despite the fact that the staff is confined to a hotel in A Coruña.

As of today, this is the map of regrowths in Spain by Autonomous Communities:

Catalonia continues to be the community in the most difficult situation, since it is the one with the largest number of new active cases 721 positives in the last hours. This is why the Generalitat maintains restrictive measures in some areas of Barcelona and Lleida, where seven municipalities are confined. Also, the Government plans to carry out more forceful measures like the closure of nightlife, although he rules out tightening confinement.

The Lleida health area, with 50 active outbreaks, takes the brunt, although the Generalitat de Catalunya has confirmed community transmission also in Barcelona.

In Aragon, the increase in cases in the last few days has made the vast majority of its territories have to go back to relaxed Phase 2, with the exception of the province of Teruel. According to the latest figures, Aragon has notified 187 new cases of coronavirus.

This has led to more restrictive measures in areas such as Zaragoza, where regulations such as the restriction in hospitality establishments or the closure of nightlife are maintained. All this in addition to the recommendation not to enter or leave the city to control community transmission.

Navarra has become during these last days one of the communities with the highest cumulative incidence, together with Aragon and Catalonia, accounting for 132 new positive cases of Covid-19 in these last hours.

The Government of Navarra has returned to Phase 2 to the Mendillorri neighborhood of Pamplona due to the increase of positive cases in this focus, which accumulates a total of 137 infected people. The infected are mostly young, so the Navarre Health Service has announced that it will carry out PCR on all the inhabitants of this neighborhood between 17 and 28 years old. In addition, regarding the cases related to the Zarautz campsite, a new positive has been added to add up to a total of 12.

There are currently 7 active outbreaks in the Community of Madrid, including the Fuenlabrada Football Club, with 11 positive cases, which has caused the entire expedition to be isolated in A Coruña. The city council of that city has announced legal actions against the club for the management of the outbreak, since several positives were detected before traveling to Galicia and were not reported, despite the fact that the players who tested positive did not move. The rest of the centers are in San Agustín de Guadalix and Ciempozuelos, Torrelaguna, and Madrid capital.

Despite these cases, the government of Díaz Ayuso refuses to impose the mandatory nature of the mask.

Despite the fact that the outbreak of CF Fuenlabrada is recorded in Madrid, the expedition is isolated in a hotel in La Coruña and the Xunta has opened an investigation to find out if the Club traveled knowing that there were positives on the campus.

Regarding the re-sprouting count, the focus that worried the most a few weeks ago, that of A Mariña, continues to drop and is located with 79 active cases. That is why the Xunta has decided to lift the confinement to the town of Burela, epicenter of the outbreak. For its part, the outbreak in Betanzos (A Coruña) has 10 positives and 59 isolated people, while Vilalba (Lugo), with four positive cases, is considered controlled.

The Basque Country has posted in the last 24 hours 111 new positive cases of Covid-19 detected by PCR test, 21 more than the previous day, of which 67 have been registered in Vizcaya and 37 in Gipúzcoa, while the remaining 7 correspond to Álava.

Andalusia records 24 active outbreaks of coronaviruses -18 in the investigation phase and six in the control phase- in the provinces of Granada, Almería, Málaga, Córdoba, Seville and Jaén with a total of 457 confirmed cases -four more in the last 24 hours- after not adding any new focus this day and exceeding three located in Granada capital, in Adra (Almería) and a residence in Ronda (Málaga), as reported on Wednesday by the Ministry of Health and Families.

Balearic Islands has registered in the last week 4 new outbreaks of coronavirus, which add to the 10 active foci that were already located weeks ago. Two recent outbreaks have appeared in Mallorca, one in Menorca and the other in Formentera, the latter being a focus of the workplace.

Castilla y León has a total 6 active shoots and a possible focus in study in Burgos related to nightlife. These outbreaks are divided as follows: two in Burgos, two in León, one in Valladolid and one in Soria, and together they total fifty positive.

Murcia has the outbreak related to flight from Bolivia. Positive cases in the community amount to 105, of which 40 are related to the Atalayas leisure area, which will begin to be analyzed separately.

Likewise, a new outbreak has been detected in the nightlife venue closed last Saturday in Totana, which already has three positives and there is another outbreak originated after detecting a positive in a patient of the Lorenzo Guirao de Cieza Hospital, who already has six positives.

The last outbreak in Castilla-La Mancha has been located in the Toledo town of Calera y Chozas, and affects five people. For its part, that of Socuéllamos, with 46 positives, is already considered controlled, like that of the illegal settlement of Albacete, with 23 infected people.

Cantabria has a total of two outbreaks: an outbreak imported from abroad in which there are nine positive cases, and another outbreak originating from a private party in a private house in Campoo de Suso.

In the Canary Islands there are currently 6 active shoots. Four of them occur on the island of Gran Canaria, although the first, which affects 12 people, is shared with Fuerteventura (7 in Fuerteventura and 5 in Gran Canaria).

The Valencian Community has detected 3 new outbreaks of coronavirus of less than 10 cases in Cullera, Guadassuar and Xirivella, which are added to the outbreak of Santa Pola, Peñíscola, Gandía and Benidorm.

The Epidemiological Surveillance Service of Asturias has notified two new positives for coronavirus to the Ministry of Health. As reported by the regional government, both were quarantined in their respective homes as they were being monitored for being close contacts of infected people.

The Extremadura Regional Government records 11 Covid-19 outbreaks in the entire territory, the last to declare himself has been that of the town of Navas del Madroño, from Cáceres, with 14 contacts. The rest, divided between Badajoz and Cáceres.

The majority of the Executive of the PSOE of La Rioja is in quarantine after participating in a meeting of the regional Committee whose attendees were positive. Among these people who are in quarantine are two counselors from the Government of La Rioja, the mayor of Logroño and three councilors.