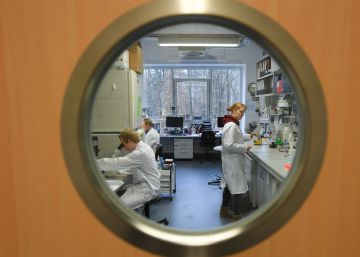 The unstoppable spread of the Wuhan virus has drawn attention to the race to get a vaccine. At least half a dozen companies, universities and institutions have announced in recent days that they are on the path to develop the drug, in some cases with the promise of having the first doses in a few months.

“We are better prepared than ever to get the vaccine,” says Jaime Pérez Martín, of the board of directors of the Spanish Association of Vacunology (AEV), who nevertheless considers that with the heat of competition “they have exaggerated a bit with the time”.

Although “the average term of development of a vaccine is 10 years”, according to Ignacio Saez-Torres, general director of Sanofi Pasteur Iberia, “the landscape of funding and research has evolved a lot” in recent times.

All sources highlight the great milestone that has been the Coalition for Innovations for Epidemic Preparation (CEPI), created in 2017 to shorten vaccine development deadlines and financed with public and private funds.

CEPI has chosen to support three projects even in their initial stages. Two of them – from the Americans Moderna Therapeutics and Inovio Pharmaceuticals – are based on “platforms”. “It’s something new, similar to what is done with the flu every year, that you only change the strain. On the platform already developed for the MERS virus and the genetic sequence of Wuhan, it is possible to develop the new vaccine without starting the whole process from scratch, ”explains Pérez Martín.

The CEPI has contributed 8.1 million euros to the Inovio program for now and will finance the development of the Modern RNA platform.

The third project supported by CEPI is based on viral proteins and arises from the University of Queensland (Australia). To the previous ones, the CEPI added yesterday a new partner: British pharmaceutical company GlaxoSmithKline (GSK). “The company will provide its assistants, which are substances that enhance the body’s immune response. Its great advantage is that they reduce the antigenic load to be inoculated in each patient and multiply the available doses, ”adds Pérez Martín.

The coronavirus laboratory of the National Biotechnology Center (CNB-CSIC), led by Luis Enjuanes, is promoting another vaccine project through a combination of chemical synthesis and genetic engineering. This system shreds “all the fragments of the genome of the virus” and then “assemble them without genes that give virulence.”

“Its great advantage is that it is a system based on attenuated viruses, which give greater immunization and do not require revaccination,” explains Enjuanes. “We will have the first prototype in three or four months. The problem comes later with clinical trials, which require a large budget, ”he adds.

The Pasteur Institute of France and other companies and universities have announced other projects in recent weeks. Everyone talks about a few months to have the first prototypes, although Pérez Martín estimates that “reaching an advanced stage will require no half-year month.”

“Then we must prove its effectiveness and safety. And finally, start up the manufacturing system, something very complex, ”adds this expert, who sees it very difficult to get the vaccine to market in less than a year.