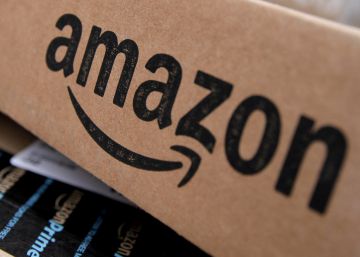 The casualties in the Mobile World Congress continue. This Sunday the Amazon cloud business unit, Amazon Web Services (AWS), has announced that it will not participate in the fair for the coronavirus. It adds up to LG, Ericsson and the American graphics chip maker Nvidia, who notified of his discharge this Saturday.

AWS explained through an official spokesman in Spain that the company will not be in this edition of the fair “due to the outbreak and the continuing concerns about the new coronavirus.”

Although Jeff Bezos’ company has had little relevance to date at the largest mobile fair in the world (he participated for the first time last year), his cancellation of the epidemic puts pressure on the organizers of the event, which could be hit by a domino effect

The question, moreover, is that the loss of Ericsson, one of the largest exhibitors of Mobile, and Amazon Web Services (the latter was going to have a stand at the southern entrance) has collateral effects on other companies, since during its participation in the fair they had planned demonstrations and technological tests with other companies, and these will be canceled.

As Cinco Días has learned, Amazon Web Services is already informing its customers and partners with whom they had scheduled events. The company did not want to detail which companies are affected.

AWS is the world leader in the public cloud infrastructure services market, which last year grew 46% to over $ 80.4 billion. Amazon accounts for 32% of the market and its biggest rivals are Microsoft, Google and IBM.

So far no Chinese company has been off the MWC. Two are Americans, one South Korean and one Swedish.

Nvidia, like Amazon, LG and Ericsson, said yesterday through a statement that it will not attend the largest mobile fair in the world for “the risks to public health that the coronavirus implies.” “Our main concern is to guarantee the safety of our colleagues, partners and customers.” The multinational added that the MWC in Barcelona is one of the most important technological conferences in the world and that they hoped to share their advances in artificial intelligence with the industry in this edition , 5G and VRAN. “We regret not attending, but we believe this is the right decision,” they stressed.

ZTE is the only Chinese company that has so far limited its participation in Mobile. Although he will be present with a stand, he has canceled his press conference.

The rest of Chinese technology consulted, Huawei, Xiaomi, Oppo, Realme or Motorola (Lenovo), have warned that their plans to attend the fair remain intact, but that they will be pending the evolution of the epidemic. Some of them have also warned that during the congress they will launch health and hygiene protocols to ensure safety. And Huawei has confirmed that it will limit the number of people moving from China to the congress. Realme will also go to the fair with his European team. That is, their senior managers will not come from China.

The coronavirus was declared a public health emergency by the World Health Organization on February 7. The outbreak has already claimed 813 victims, more victims than the SARS caused. The virus was first detected in Wuhan, China, in December. In addition to health risks, the coronavirus is having an effect on multiple industries and companies. Technology companies such as Google, Apple and Nintendo have closed their offices in China and limited their business trips. Now it is feared that the coronavirus may have a strong impact on the supply chain of the technology industry by stopping multiple factories in the Asian country, where most of the technological devices sold worldwide are manufactured.

The GSMA, the organization that runs the MWC, reiterated this Friday that it will have medical staff at the facilities where the fair is held and noted that they will put a series of measures in place to control the risks posed by the disease. But his advice that congress attendees do not greet each other with a handshake and do not share microphones during conferences has not reassured many.

The City Council of Barcelona and the Government of Catalonia have also asked for peace of mind. The Secretary of Public Health of the Generalitat, Joan Guix, said Friday that “there is no objective reason not to go to Congress.” “Barcelona is not a risk zone,” he insisted. Guix added that the health system is prepared.

This Sunday, the researcher and sociologist Víctor Renobell, has also assured Efe that fear is “more contagious than the coronavirus” of Wuhan and that the decision of some manufacturers to cancel their participation in the next edition of the MWC in Barcelona is “a disproportionate measure ”from a medical point of view.

Renobell has also highlighted the quality of the Spanish public health system, which “is very good” and has specified that the MWC organization “has given standards that make, basically, almost one of the safest places to go” .

Although this is true, so is that companies go to Mobile to do business, to meet their partners and customers “and the drift that all this is taking does not seem to make it easy,” says a director of another company He does plan to attend the fair. In his opinion, there will be more casualties, because cancellations are causing pressure on the rest. “If, in the future, many can interpret it as not taking our employees’ health seriously, when that is not true,” he says.