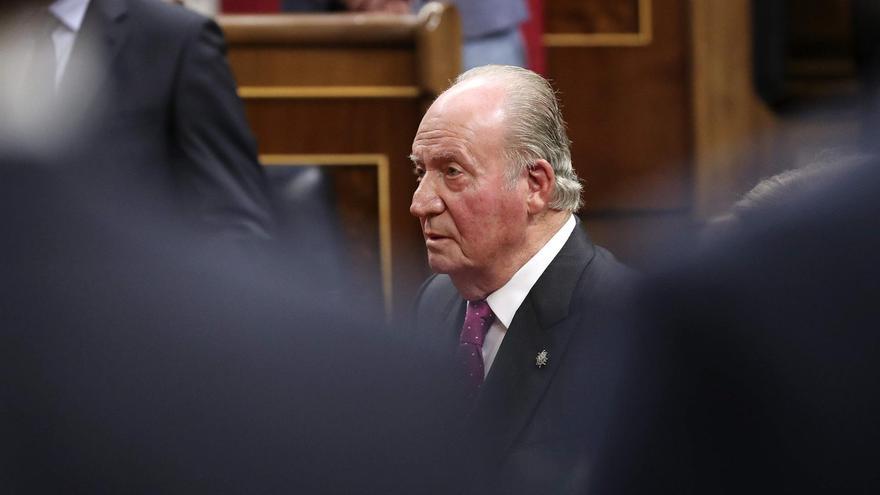 The defense of Corinna Zu Sayn-Wittgenstein-Sayn has argued this Tuesday in the High Court of London that Juan Carlos I does not enjoy immunity because he is not head of state, is financially independent and lives separately from King Felipe VI. The statements come after the defense of the king emeritus alleged Tuesday that the English courts do not have jurisdiction over the lawsuit for alleged harassment filed by Corinna.

Court number 76 of the Queen’s Bench Division of the Superior Court presented this position on the second day of the case related to the lawsuit that Corinna has filed against the emeritus for having been a victim of alleged harassment since 2012. Before the lawsuit can go ahead , the judge in charge of the case, Matthew Nicklin, has to determine if the former head of the Spanish state still enjoys immunity.

In Monday’s session, Juan Carlos I’s lawyers argued that the English courts do not have jurisdiction over the lawsuit and that the emeritus enjoys immunity under the Vienna Convention on Diplomatic Relations and also under British law that refers to the immunity of foreigners.

Immunity would reside with King Felipe VI, according to Corinna’s lawyer

On your demand, Corinna accuses Juan Carlos I of having subjected her to “harassment” from 2012 to the present, personally or through “agents” at your service. Those actions, according to the applicant, “threatened” her safety and that of her children. In this Tuesday’s session, Corinna’s lawyer, James Lewis, stressed that Juan Carlos I is not “a sovereign” or “head of state” because he abdicated in June 2014, and said that the only person with the right to immunity in relation to the Kingdom of Spain is his son, King Felipe VI.

Another of the arguments put forward by the defense is that the emeritus does not depend on his son and that in the case related to the lawsuit it cannot be said that there is State immunity because there is personal damage, which the defense identifies as anxiety and psychological damage.

Felipe VI, Lewis added, is the only one with the exclusive powers of Head of State and Juan Carlos I “has none”, but only a title – that of emeritus – which is of an “honorary” nature. For the lawyer, the emeritus is not part of the Royal Household, something that Juan Carlos I’s lawyer, Daniel Bethlehem, rejects, who has defended in today’s session that the Royal Household is an institution in Spain, of which they also form part officials.

The judge, who has not given a date for his ruling, has regretted the lack of an explicit statement from Spain on whether Juan Carlos I is still a member of the Royal Family, after the plaintiff remember that the emeritus lives in Abu Dhabi.

The magistrate has affirmed that the abdication of Juan Carlos I has a constitutional meaning because he ceased to be Head of State and, therefore, he can no longer have the status of sovereign. As Corinna’s defense has argued, she and Juan Carlos I began a romantic relationship in 2004 that ended in 2009 after the ex-lover found out that the emeritus was unfaithful. Later, they maintained a friendship relationship, and in 2011, Juan Carlos I allegedly gave her a series of gifts, always according to the German version. Plaintiff seeks personal injury damages for the “great mental pain, alarm, anxiety, anguish and loss of well-being, humiliation and moral esteem” she has suffered.

Likewise, Corinna’s lawyers allege that the emeritus has lost the prerogative of inviolability in Spain and that King Felipe VI himself publicly distanced himself from his father and specifically cited that in March 2020 the head of state publicly renounced his inheritance.

The 65 million euro ($ 76 million) donation that Corinna claims to have received from the emeritus is allegedly part of money that the late King of Saudi Arabia had sent to a bank account in Switzerland linked to a tax-advantaged foundation based in Panama, and whose beneficiary was Juan Carlos I.

Last January, Corinna testified as a witness, via videoconference from an English court, in a trial held in Madrid against the Former Spanish Commissioner José Villarejo. In his speech, he assured that he received repeated threats from the former head of the National Intelligence Center (CNI) Félix Sanz Roldán. In this sense, the judge said today that the Spanish State would help if it clarified whether that act of Roldán was of the State and if it fell under the category of sovereign immunity.