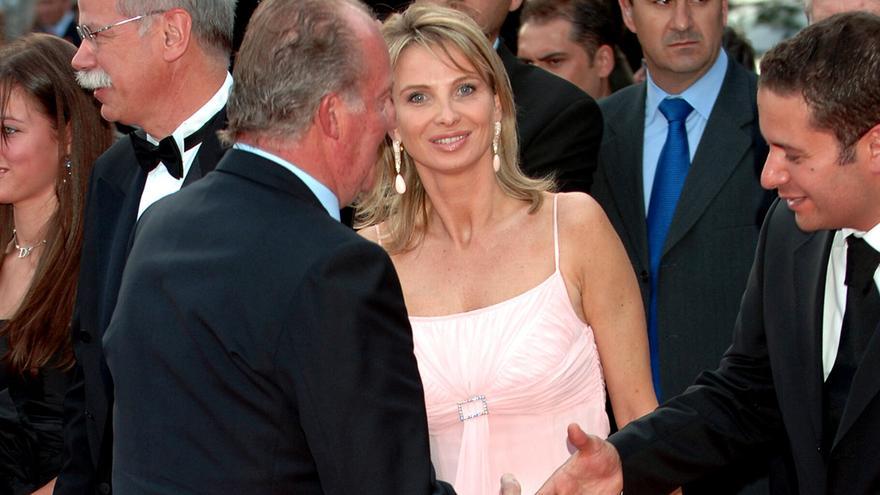 The German businesswoman Corinna Larsen, a former extramarital partner of Juan Carlos I, has denounced the emeritus king before the British courts for threats. In the letter from his lawyers, according to the Financial Times, Larsen requests a restraining order from the former head of state and from any agent of the Spanish intelligence service, the CNI, so that they cannot approach less than 150 meters from their residences.

In his complaint, Larsen accuses the King Emeritus and the CNI of “covert surveillance” and harassment from 2012 “to the present.” Larsen assures that the problems began when the king asked him to return the 65 million euros from Saudi Arabia that, according to his version, the Spanish monarch had given to her and her son. The problems began, he continues, when the emeritus king demanded that he return the amount. By refusing, Juan Carlos I would have started a campaign to discredit Larsen, says the complainant.

This campaign, he continues, caused damage to his businesses and for this reason he claims compensation that the complaint does not specify, reports the ‘Financial Times’. elDiario.es advanced in March 2020 the complaint that Larsen was going to present. Larsen assures that then his flat in Monaco was occupied by a security company based in the same country. According to his account, the Spanish intelligence services informed him that it was an operation to guarantee his safety.

A few months later, according to the businesswoman, the CNI threatened her with death when she was in her room at the Connaught Hotel in London. “After the secret services intrusion into my hotel room, I was terrified, especially when they threatened me and my children saying that they could not guarantee my physical safety,” Larsen said.

“They insisted that I remain silent. They sent me an email, using a pseudonym, explaining that speaking to the media would be devastating to my image. I took it as my reputation would be destroyed if I did not cooperate. In fact, this threat it was carried out successfully, “the businesswoman told the British newspaper. Corinna Larsen explained herself in similar terms in the audio that Villarejo recorded for her without her consent in 2015 and whose content was published by Okdiario and El Español.

Regarding Sanz Roldán’s visit to Larsen, the former director of the CNI declared in the trial against Villarejo that he has never threatened a woman or a child, at the same time that he refused to give more details under the secret that legally protects the actions. of the CNI. At the time he said that his visit to the king’s partner was a personal matter.

A Swiss prosecutor keeps a case open since 2018 in which Corinna herself and two alleged figureheads of the king are imputed. The case was opened as a result of the publication in the media of the audio recorded in 2015 by Commissioner Villarejo to Corinna Larsen in London in which she denounced alleged illegal activities of the monarch and identified the manager Arturo Fasana and the lawyer Dante Canónica, residents of Switzerland, like their front men.

The investigations of the special prosecutor Yves Bertossa advanced to identify a transfer in 2008 of 100 million dollars from Saudi Arabia to a foundation that the Swiss official identifies with Juan Carlos I and from there came, in 2012, 65 million euros transferred to an account Corinna Larsen’s bank. The prosecutor Bertossa suspects that the original 100 million are the commission charged by Juan Carlos I for his participation in the award of the AVE work to Mecca to Spanish companies, including OHL, from his friend Juan Miguel Villar Mir.