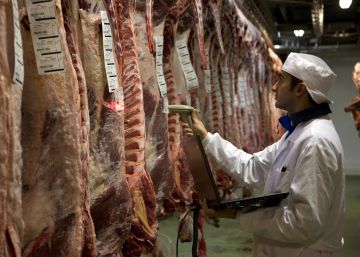 Some of the most important measures planned by the Ministry of Agriculture In response to the problems of the sector, they will be concretized in a greater support for the development of producer organizations, in the strengthening of interprofessional organizations and in the modification of the Law of Associative Integration. The objective, they point out in the ministry, is to achieve a greater and better organization of the offer, to gain muscle, to have a stronger position vis-à-vis the industry and the large distribution, with a resizing of structures for the market, industry and The big distribution.

On paper, the agricultural sector has a important cooperative movement, with a total turnover of almost 34,000 million euros, of which about 10,000 would correspond to the sale of means of production and the rest to the sale of agricultural products.

In their hands would be approximately 37% of the value of the final agricultural production, with 1.7 million members (who can be in several societies) and employs 102,000 people. However, of the 3,225 cooperatives, 68% invoice less than five million euros and more than a thousand, only 600,000 euros. On the contrary, the 122 largest accounts for 49% of turnover, according to data from Cooperativa Agroalimentarias. Only three —Coren, AN group and Dcoop— exceed 1,000 million, compared to the 10,000 million that large groups have in countries north of the EU.

Only three groups, Coren, Dcoop and AN, bill more than 1,000 million

In the middle of this scenario there are about twenty groups with a key presence in their territories. The resizing and management in the markets are its great pending subjects.

The leading cooperative is Grupo AN, with a turnover of 1,350 million euros. This group includes 160 cooperatives with more than 42,000 producers. In its beginnings it only operated in Navarra, but now it also operates in Aragon, the Basque Country, La Rioja, Cantabria, Castilla y León, Castilla-La Mancha, Andalusia, Valencian Community or Murcia after the integration of about twenty fruit and vegetable companies associated in Only. Grupo AN invoices 40 million in chickens; and in the services stand out its sales of fertilizers worth 60 million. It directly employs 1,700 people.

In Galicia, Coren is one of the engines of the rural economy, with sales of 1,078 million euros, more than twenty cooperatives with 4,200 direct and indirect members, 3,200 workers and a global activity that employs more than 6,000 families . Coren has based its development on diversification, going from having only chickens to eggs, beef, pork and turkeys. It has also focused on innovation and market adaptation. From only intensive productions it has become extensive and ecological, where the offer of its brand “Poultry chicken” stands out, with farm animals raised with free vegetable food. Also in Galicia, after many unsuccessful attempts, in 2017 the United Dairy Cooperatives (Clun) group was formed, composed of Feiraco, Melide and Os Irmandiños.

In the Valencian Community, Anecoop stands out, where 70 cooperatives are integrated with some 50,000 members of that autonomy and in addition to Catalonia, Murcia, Andalusia or Castilla y León. Aneccop is the world’s first citrus exporter.

The reference in Asturias is the Agrarian Society of Central Milk Transformation Asturiana (CLAS), with a turnover of 738 million euros. This is the first Spanish company in the milk sector, with a collection of 950 million liters of 2,000 farmers, of which more than half are partners of the entity. The group has 1,300 workers. It operates in half a hundred countries. Under its brand Asturiana is a leader in the liquid milk segment.

Dcoop, before Hojiblanca, excels in Andalusia, with a turnover last year of 1,008 million, down due to the fall in oil prices. In its growth it has integrated the Castilian-Manchego wine cooperative Bacco, the Andalusian cattlewoman Procasur and finally the Extremadura Acorex. There are 80,000 producers, mainly olive growers, but also dairy and meat farmers, nuts and cereal farmers.