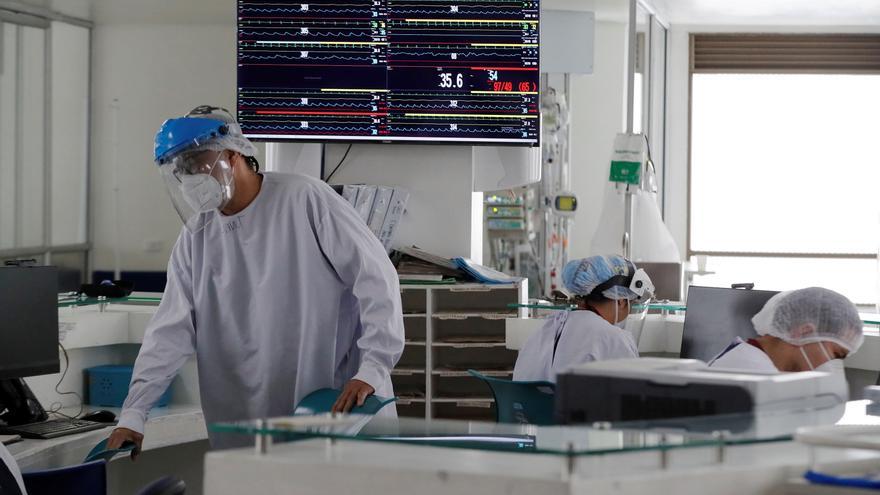 Last September the results of the a spanish studio, led by the Puerta de Hierro University Hospital, which anticipated that treatment with blood plasma donated by people recovered from COVID-19 could be beneficial in patients who are in the early stages of the disease.

This research, based on a clinical trial with 350 patients from 27 Spanish hospitals, also indicated that this treatment could be suitable for immunosuppressed people.

Precisely, these are also some of the main conclusions of a new study led by the New York University Grossman School of Medicine (NYU, in the USA), which has included data from the Spanish study and another seven carried out in the United States, Belgium, Brazil, India and the Netherlands. The study is published today in the journal JAMA Network Open.

Using this information, the authors have shown that among 2,341 patients, those who received an injection of convalescent plasma shortly after hospitalization were 15% less likely to die within a month from COVID-19, compared to those given no treatment or those given an inactive saline placebo.

The new work, based on data from eight studies, shows that among 2,341 patients, those who received an injection of convalescent plasma shortly after hospitalization were 15% less likely to die

The team also found that the greatest benefits of the therapy were among those at highest risk of serious complications due to pre-existing conditions, such as diabetes or heart disease. It also appears to benefit those with type A or AB blood, according to the study.

Convalescent plasma treatment is still considered experimental by the US Food and Drug Administration (FDA). This fluid contains antibodies, blood proteins that are part of the immune system. According to the researchers, the antibodies attach to the virus, SARS-CoV-2, and mark it for elimination from the body.

This fluid contains antibodies that adhere to the SARS-CoV-2 virus and mark it to eliminate it from the body.

"Our results show that, in general, hospitalized patients with COVID-19 may obtain a modest benefit from convalescent plasma, and that some subgroups of patients benefit more than others," says Andrea Troxel, an expert in biostatistics and principal investigator of the study.

Regarding the groups most likely to benefit, the FDA revised on December 28, 2021 the emergency use authorization for convalescent plasma, limiting its use to patients with diseases that suppress their immune system, or who receive medical treatments with the same effect.

Troxel adds that "people with coexisting diseases were the ones who showed the greatest improvement with convalescent plasma, probably because they have the most difficulty in producing antibodies to fight their infection. The introduced plasma enhances your body's ability to fight against the virus, but only in the early stages of the disease and before the infection invades your body.

The key: identify the right patients

For her part, Cristina Avendaño-Solá, an expert in clinical pharmacology at the Puerta de Hierro University Hospital and one of the main authors of the Spanish study used by the NYU, told SINC: "The identification of which types of patients are the most benefit from passive immunotherapy [tratamiento con plasma] It is a crucial question that is not yet resolved, even with this publication."

He considers that it is necessary to continue working and comparing data to be able to give a reliable answer. "At the moment," he adds, "the factors that best predict an effect that may be relevant are the early use of plasma after infection and its use in immunosuppressed people at risk of poor outcomes."

Avendaño-Solá points out that the results of the new work coincide with his study. "The main contribution of this work lies in the union of patient data from the different trials in a joint analysis, which provides greater certainty about the results", he points out.

Convalescent plasma is a low-cost, accessible resource with the advantage that, if the donation is local, it is most likely that the variant against which the donor has made antibodies is the same one that causes the disease in the recipient

Regarding the suitability of this treatment, which has presented modest results so far, the researcher stresses that this "depends on whether there are better alternatives available. We have seen that several of the initially developed monoclonal antibodies are not useful against the omicron variant and still there is limited availability of other synthetic antivirals."

It also highlights that "convalescent plasma is a low-cost resource, accessible and with the advantage that, if the donation is local, it is most likely that the variant against which the donor has made antibodies is the same one that causes the disease. on the receiver."

"In patients with limited ability to develop their own immune response, the modest efficacy of plasma may be relevant if we do not have better tools and if administration is early," adds the expert.

In addition, Avendaño-Solá highlights that another aspect that the NYU study shows is the "magnificent collaboration and exchange of information between researchers that this pandemic has promoted to levels that we would not have imagined before."