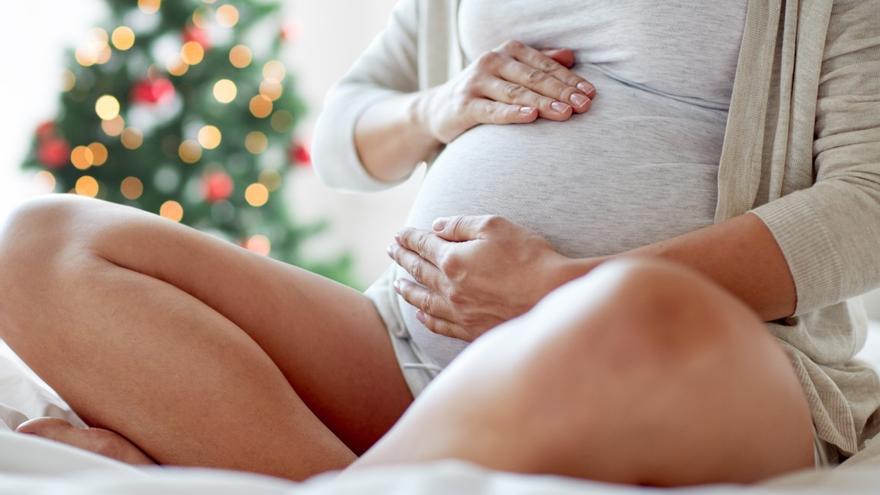 Paracetamol is one of the most used drugs during pregnancy. However, a “consensus statement” published at the end of September in the magazine Nature Reviews Endocrinology it warned that prenatal exposure to this drug can “alter fetal development” and “increase the risk of disorders.” The article, signed by 91 researchers, listed a long list of potential associations: autism, hyperactivity, genetic malformations, language problems, and low IQ. Therefore, they recommended limiting its use unless strictly necessary.

The article has not been liked by some researchers, who consider that it seeks to compensate with signatures for what it cannot achieve with evidence. “This is not a consensus statement”, harshly criticizes the researcher at the University Hospital of Odense (Denmark) Per Damkier. “The article reflects the position of the authors and is not endorsed by regulatory authorities and specialized medical organizations,” he adds.

The Clinical practice guide for care in pregnancy and the puerperium published by the Spanish Ministry of Health in 2014 includes paracetamol among the “drugs that have been shown to be safe at any time during pregnancy.” It is also considered appropriate by agencies such as the US FDA and the European EMA.

In 2017 the Society for Maternal-Fetal Medicine evaluated almost identical evidence to those of the new declaration. However, his conclusion then was quite different: “[El paracetamol puede seguir siendo] considered an appropriate and reasonable option for the treatment of pain and fever during pregnancy. “Has the data changed so much since then?

None of the researchers consulted for this article believes that we are facing new evidence. “The contributed [en el artículo de Nature Reviews Endocrinology] they are weak, inconsistent and largely flawed, “Damkier says.” The authors do not acknowledge the methodological problems in many of the cited studies and present many in animals that are irrelevant to discussing changes in clinical practice. “

The researcher at the University of North Carolina (USA) Mollie Wood is co-author of several of the studies that the new article quotes and yet you still disagree with it. “The associations described are almost completely for high and prolonged doses, and for the most part among people who took paracetamol for more than 28 days throughout their pregnancy,” he clarifies. In these cases there were “significant health problems that required treatment”, such as migraines, and “it is likely that they took other drugs before pregnancy.”

The literature that correlates acetaminophen use during pregnancy with all kinds of neurodevelopmental problems is vast, but also problematic even if we ignore animal studies. “Right, bias, or a bit of both?” asked the headline of an article written by Wood on this topic. Their conclusion is that making and interpreting the available data is “extremely difficult.”

Although there are “modest associations”, the uncertainty is so high that it cannot be ruled out that other factors are involved. “I don’t think the available evidence is strong enough to change the current advice – that occasional use of acetaminophen for fever or pain is safe, and that pregnant women should check with their doctor before changing medications.”

Damkier too He has written on the risks of “stretching too much” the data provided by the studies that analyze the use of paracetamol in pregnant women and generating “confusion and concern” among doctors and pregnant women. It matches the background of the new article, but not the shape.

“They conclude that it should be used only when indicated, at the lowest possible dose and for the shortest possible time. I support that statement, but it is trivial because it applies to any drug in any situation.” It criticizes that this conclusion, “very reasonable in appearance”, arrives after seven pages in which “they detail the disturbing potential consequences for the fetus and the child”. In the case of studies in vitro and with animal models, DNA damage, motor problems, learning, memory and infertility, among many others, are cited.

“No firm conclusions can be drawn about the relevance of these observations [en estudios epidemiológicos y con animales] for human beings “, concluded a review published in 2015 which ensured that “in the context [de evidencia] current “paracetamol can still be considered safe for pregnant women and should continue to be the first-line treatment for pain and fever.” They did warn: “Well-designed studies are needed to confirm or refute the association.”

Both Damkier and Wood fear the effect that a “consensus statement” could have on public opinion. When searching the internet for the article, it is easy to find headlines that include the words “alert” and “warning.” “I think that this paper and its media coverage will create and spread unwarranted uncertainty, fear and guilt among pregnant women, “says Damkier. Wood argues that the responsibility of researchers is” to warn pregnant women about unsafe drugs, but also to reassure them about their safest options. ” In his opinion, the statement “is unnecessarily alarmist and will cause some people to forgo the treatment they need.”

ElDiario.es has tried to contact the authors of the statement, but at the end of this article has not received a response.

“Paracetamol is by far the safest drug for the treatment of pain and fever during pregnancy, and the article should have no consequences on clinical practice,” Damkier considers.

Molly considers it important to convey that “published literature shows that occasional use of acetaminophen to treat fever or pain during pregnancy is appropriate and safe.” In fact, “not treating fever can be harmful to the developing fetus and to the mother.” This drug is essential for pregnant women and, according to the epidemiologist, any comparison of its risks and benefits should be made with other drugs. At the moment, there is no better alternative.