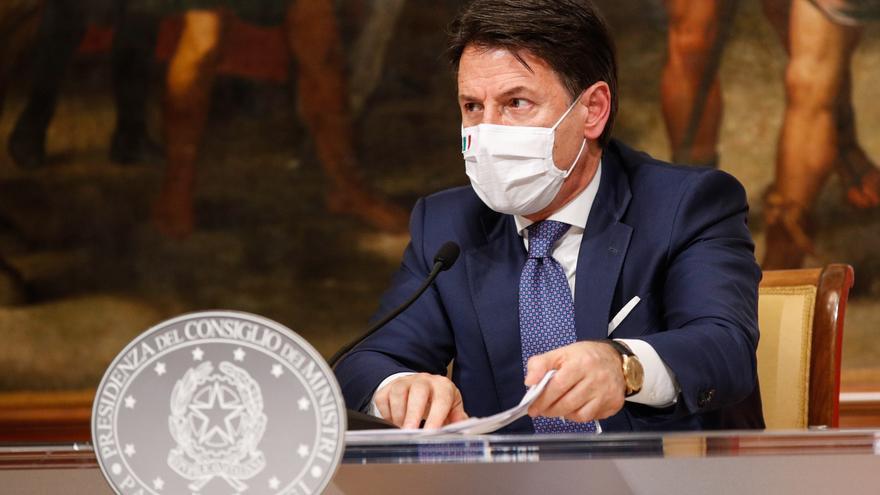 Giuseppe Conte’s executive has overcome by a simple majority the vote of confidence held this Tuesday in the Italian Senate. The support of the 5 Star Movement, together with the Democratic Party (PD), the members of Libres E Iguales and several senators of the mixed group has ended up ratifying the Executive which already passed the vote in Parliament last Monday. The narrow result has had the conservative members of the chamber against it and has resulted in 156 votes in favor, 140 against and 16 abstentions.

The vote took place after the process that led the question of trust in the Chamber of Deputies. The Lower House finally voted on Monday a motion of confidence that ended with 321 votes in favor, 259 against and 27 abstentions.

With the result in the Senate, Conte maintains control pending the decision of Sergio Mattarella, President of the Republic, who will decide if the Executive has the political muscle to continue governing.

After the first call to vote, the president of the chamber, Maria Elisabetta Alberti Casellati, stopped the count and had the video of the session reviewed to clarify the sense of the vote of some members of the Senate who had voted out of time. After the second and last call, the camera has certified the result.

The vote went ahead with the favorable vote of two senators from the conservative Forza Italia party: Maria Rosaria Rossi and Andrea Causin. After knowing the results, the party, led by Silvio Berlusconi, has certified his expulsion from the formation: “Voting with the government in this case is not a question of conscience.”

On the other hand, Senator Liliana Segre, a survivor of Auschwitz, has gone to the Senate and has voted in favor. Despite her age, 90, and the restrictions due to the coronavirus pandemic, the senator has come because, given the current situation, she felt “a very strong call, a mixture of a sense of duty and civil outrage.”

Crisis after the breakdown of the coalition

The government crisis that is taking place these days in Italy is somewhat paradoxical. On Wednesday afternoon the 13th, the center-left government led by Giuseppe Conte lost a piece of itself: Teresa Bellanova and Elena Bonetti, Minister of Agriculture and Minister of Family and Equality respectively. The two ministers, who belong to the small, centrist Italia Viva party, left the Cabinet.

It was announced during a much anticipated press conference by Matteo Renzi, former prime minister and current leader of Italia Viva, one of the political forces that until now had supported the Conte government in the Italian Parliament. Renzi accused Conte of causing “a vulnus” (an injury) to the rules of the democratic game and claimed that Conte was not the only possible prime minister.

This loss of political support has put the Conte government between a rock and a hard place, as it took two votes in both chambers to overcome the crisis of confidence that occurred after the breakdown of the coalition.