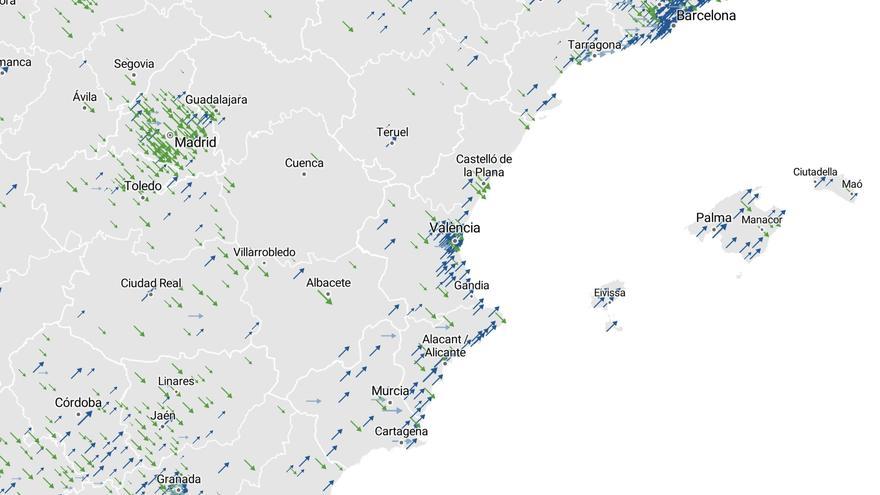 * Information updated with the latest data available as of June 29.

The arrival of summer has triggered infections in much of the Mediterranean coast. Most of the inhabitants of Catalonia, the Balearic Islands and the Valencian Community live in towns where cases are increasing. A situation that contrasts with the good data that the last two communities had been registering, where the incidence had remained very low throughout the spring. Summer mobility has turned this good trend upside down.

In Palma the incidence rate has almost doubled in the last two weeks and in the neighboring municipality of Llucmajor it has more than tripled. In Ciutadella and Ferreries, both in Menorca, infections have soared more than 440% and in the Majorcan town of Ses Salines, 1,500% in two weeks. It is precisely in Mallorca where it originated the macro outbreak that has affected 11 communities and whose impact on the numbers of infections is being noticed, for example, in the more affluent districts of Barcelona. It must be taken into account that new cases are detected above all in the younger population, in which incidences much higher than the average are recorded, until doubling the national average.

Asturias and Cantabria are also in a worrying situation, where more than 60% of the population lives in municipalities where infections are increasing. Expanding the focus to the entire country, there are almost twice as many people as last week living in municipalities where cases are growing. 37% of the population is in this situation, while 36% is in municipalities where cases continue to decline. These are some of the results extracted from the analysis carried out by elDiario.es based on data from the Health Departments of 17 autonomous communities and the autonomous cities of Ceuta and Melilla. You can read more details about obtaining this data in the methodology.

Santa Cruz de Tenerife is right now the city that is in the most extreme situation, with an incidence of 510 cases per 100,000 inhabitants in 14 days (0.5% of the population is infected every two weeks) and the infections continue increasing. It is followed by Marbella (310), Córdoba (305), Granada (296) and San Cristóbal de la Laguna (284) and new cases are also growing in all of them. In Sant Cugat del Vallès, Vilanova y la Geltrú (both in Barcelona) and Paterna (Valencia) the cases have tripled in two weeks and in Santander, Pontevedra and Sagunt (Valencia) the cases have multiplied by four in this period.

At a global level, confirmed cases of COVID-19 already only continue to decline 📉 in 586 municipalities where 36% of the Spanish population lives (last week it was 50%). On the other hand, they are rising 📈 in 551 where 37% of the population lives (last week it was 20%) and they are in the plateau phase (they remain more or less the same as two weeks ago) in 81, where 9 lives %. The rest are very small municipalities where very few cases are registered – less than 5 every two weeks – or for which there is no information available – which represent 18% of the Spanish population.

In total, the figures collected add up to three million cases of coronavirus in which the municipality of residence of the infected person has been identified. Of the 17 autonomous regions analyzed, Madrid is the city with the most infected people detected in a single municipality. However, the municipalities with the highest incidence rate (cases per 100,000 inhabitants) are small localities in which an outbreak can affect a larger proportion of the population.