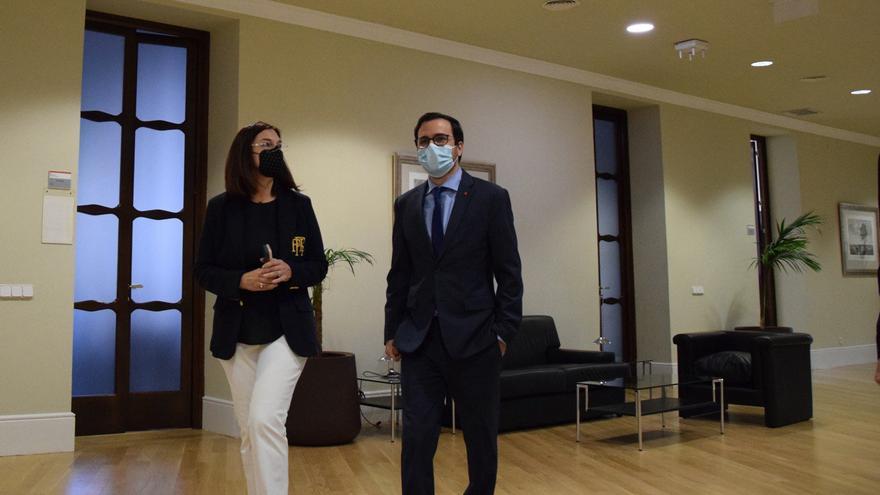 The Minister of Consumption, Alberto Garzón, announced this Friday that his department will reform the General Law for the Defense of Consumers with the aim of developing the figure of the vulnerable consumer.

The objective, according to Consumption, is “to advance towards the recognition of vulnerability in consumer relations for those people, families and groups with difficulties”. This will allow “progress in universal access to basic services,” indicates the ministry.

The measure will be included in the reform of the General Law for the Defense of Consumers and Users (LGDCU), which will incorporate the already announced ban on 902 phone numbers for customer service.

The Ministry of Consumer Affairs proposes modifying article 3 of the LGDCU “to include a definition of a vulnerable consumer that provides a general framework to address specific situations of vulnerability by regulation.”

The objective, Garzón said, is “to improve the legislation” so that the public administration can legislate according to the protection of vulnerable families “in a structural manner” and “not only for exceptional situations”, as has occurred during the pandemic with measures such as the extension of the social bonus to certain groups, the prohibition of cuts in basic supplies or the automatic extension of the extension of these discounts.

Garzón has made this announcement at the presentation of the new version of the electricity and gas offers comparator of the National Securities Market Commission (CNMC), held at the agency’s headquarters together with the new president of the entity, Cani Fernández.

The minister stressed that “there are especially vulnerable sectors that need support measures” and recalled that, already before the coronavirus pandemic, one in four people in Spain was at risk of social exclusion, according to the Living Conditions Survey of the INE.

Garzón has expressed his desire to work “side by side” with the CNMC in this new stage and has praised the agency’s new rate comparator, a tool that “will be welcomed by the population” in this situation “of economic distress” and that the president of the CNMC has framed in the measures to “boost competition from the consumer perspective.”

The comparator, “the jewel in the crown” of the CNMC, in the words of its president, “will allow all consumers to make a much more informed choice of our energy offers”, according to Fernández. It is aimed at homes and SMEs and is nourished by the offers that the marketers themselves introduce each month, although these are not published until they are validated and reviewed by the CNMC technicians. One of the novelties it includes is to be able to discriminate whether the offers of the marketers include permanence or not.

A company is sentenced to compensate a worker with 371,700 euros for not protecting him from asbestos