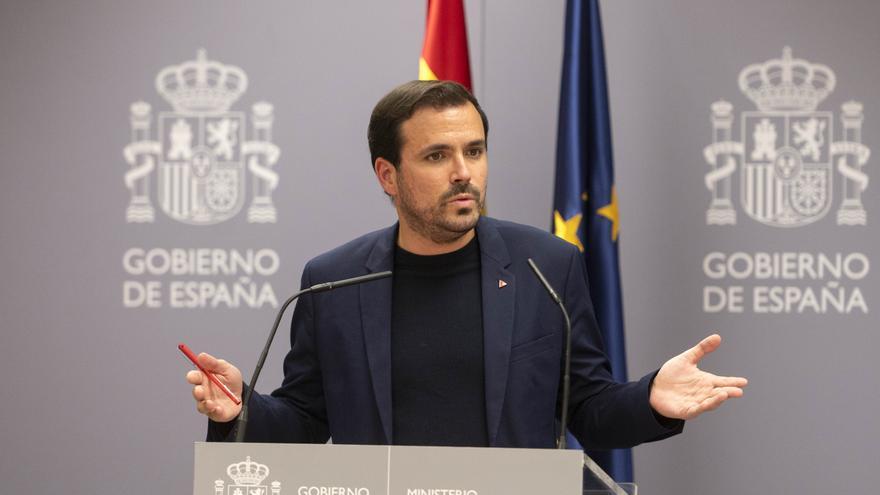 The Minister of Consumption, Alberto Garzón, announced this Thursday that his portfolio will regulate, through a royal decree, the issuance of advertising for unhealthy foods and beverages when it is addressed to children and adolescents. According to Garzón, the self-regulation system that has been in force since 2005 has been “insufficient”, as shown by the data on overweight and obesity that affect Spanish children and of which advertising is one of the causes.

The regulations will affect five categories of products that will not be able to advertise to minors regardless of the nutrient content. The first category is that of chocolate and sugar confectionery products, energy bars and sweet toppings and desserts. It is followed by the food group that includes cakes, cookies and other pastry products. Nor will three other categories that make up juices, energy drinks and ice creams be advertised. For the rest of the product categories, a limit of nutrient content is established for every 100 grams. In this case, they can be announced as long as total and saturated fats, total and added sugar and salt levels are kept below the limits established for each product.

Consumption thus opts for a minimum regulatory framework to follow the recommendations of international organizations and assimilate the Spanish regulations to those of countries such as the United Kingdom, Portugal or Norway. “Minors are vulnerable consumers and we have the obligation to protect them from advertising,” said the minister at a press conference with the mayor of Barcelona, ​​Ada Colau.

In his appearance, Garzón has reported on some aspects of the new regulations that will affect the hours of reinforced protection and the advertising spaces of programs aimed at children. Likewise, it will regulate both linear and non-linear television, radio content, movie theaters and advertising on the internet, social networks, websites or mobile apps, when the content is aimed at children under 16 years of age. The regulations will also include limitations on advertising in print media. Based on these premises, companies may have their own self-regulation as long as they suppose a protection framework superior to that of the standard itself.

The Ministry has supported itself to make this decision in the ALADINO 2019 study -related to boys and girls between 6 and 9 years old- where it is reflected that 40.6% are overweight, of which 23.3% are overweight. in overweight levels and 17.3% suffer from obesity. The study, prepared by the Spanish Agency for Nutrition and Food Safety (AESAN), shows that the parents of overweight minors – which includes both those who are overweight and those who are obese – do not perceive the problem and frequently consider their weight as normal or just slightly overweight. 88.6% of parents of overweight schoolchildren do not perceive it as such. The figure stands at 42.7% when it comes to obesity and 19.1% when the child suffers from severe obesity.

Regarding the quality of their diet, the report details that 76.2% of schoolchildren have to improve it. Although the consumption of fruit has increased compared to previous years, only 20.1% of schoolchildren consume it regularly for breakfast, while foods that should be occasional such as cookies, cakes, pastries, smoothies, nectars and sweets are they even consume four or more times a week, in a high percentage of schoolchildren.