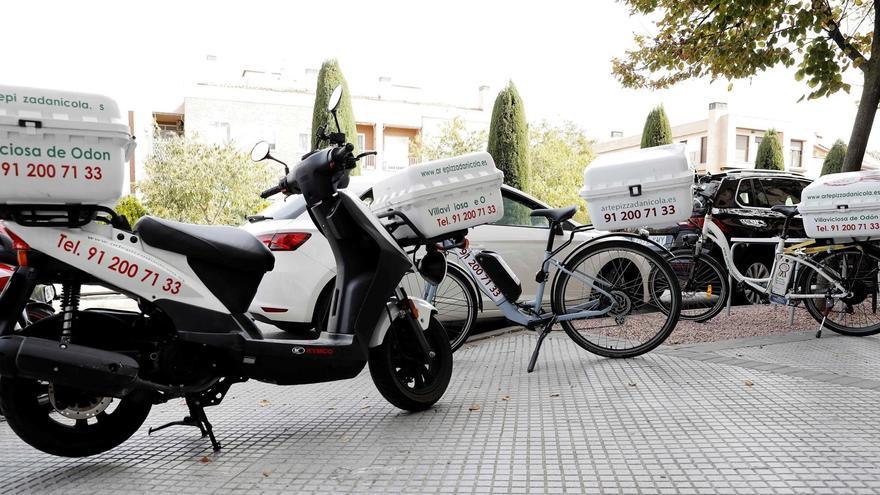 Madrid, Apr 17 (EFE) .- The general director of Consumption, Bibiana Medialdea, sees well the measure that the Barcelona City Council is studying to impose a tax on electronic commerce platforms for the use they make of public space when delivering orders, since it considers that "it serves to monetize the environmental cost".

In an interview with Efe, Medialdea refers to this measure studied by this Consistory to manage the growing impact of online sales and limit the proliferation of vehicles that park to deliver packages at home, and thus curb the "ecological footprint" that generate.

"It is a good initiative and news. It is - he argues - a way of making visible the environmental cost that this new mode of consumption is having that falls on everyone, but which is invisible and is not passed on and redistributed well, and taxes are useful, not only to collect, but also to modify harmful behaviors. Green taxation would be a great way to tax this type of consumption. "

Medialdea also speaks about other changes in the ways of consuming that the pandemic has brought.

Q- How has COVID changed our shopping habits?

A- During the first confinement there was a very traumatic and abrupt period in the consumption patterns, but as the mobility restrictions were relaxed, some of them gradually recovered, but without reaching their starting point at all.

Q- What patterns have changed?

A- There was a very marked change with the type of establishment that was chosen to buy, and local businesses in the neighborhoods took on a lot of prominence, which could be accessed on foot. It is a pattern that later has been reversing a bit, but it still remains. Today there is a greater preference for nearby consumption and small businesses in our neighborhoods and municipalities compared to large stores than there was before the pandemic.

This is positive for sustainable consumption and for the contribution to local trade networks and the nearby productive fabric.

Another change that has also come to stay is that consumers are now more concerned about the health impact of the products we buy and also about the environment.

The health crisis has made us reflect as a society not only on the danger of our own body in health terms. We have also become aware of that vulnerability that we have and of the fragility of our system.

These two aspects are given more weight in purchasing decisions.

Q.- Electronic commerce has also grown, and can that increase the ecological footprint due to what it entails in greater transport and packaging?

A.- Yes, there has been another clear change. Online commerce has grown even more because mobility restrictions have made it appear as an opportunity that has generated many undoubted advantages to make shopping accessible, but it is true that it also incorporates some disadvantages: the environmental impact and vulnerable consumers that can feel less safe in this environment.

As you do not move and press a button from home, you have a false sense of cleanliness and lack of environmental impact, when studies say otherwise, the ecological footprint is taken for granted because we imagine the difference between going to a store where we can stock up on several products and that they bring them to us one by one to the door of the house in a monitored way.

It is a change in the mode of transport and in the distribution of products that produces brutal emissions. And then there is the overpacking. The products go with a lot of packaging and wrapping, superfluous residue.

Online commerce also leads us to make a more compulsive and thoughtless consumption.

Q.- Does that produce more returns?

R.- There is a chilling fact: around a third of online purchases are returned later, a too high percentage, so those decisions have surely been very hasty, and also how many comings and goings and how many free and unnecessary emissions of products return to their starting point !.

Q- What measures have you considered to curb this environmental impact?

- Promoting responsible and sustainable consumption is one of our objectives and to do so by promoting local consumption, which is a much more consistent model of the circular economy.

We have to tend to a rational consumption because sometimes it is not necessary. Consumption has already begun to work on the repairability index, a label for products to indicate how easy or difficult their repair is, so that consumers take it into account when choosing them because the best thing is always the device that is used. can repair and can have the longest service life.

Q - Has the growth of electronic consumption come to stay?

A - This was already an ongoing process. The health crisis accelerates it and generates a phenomenon, and it is no longer just a quantitative growth, but it changes the type of things and people that approach it. People who by age and are not familiar with the internet before have not touched it and that the crisis has caused them to break the barrier, and some are going to remain in it for even sectors that were further behind in this regard, such as food.