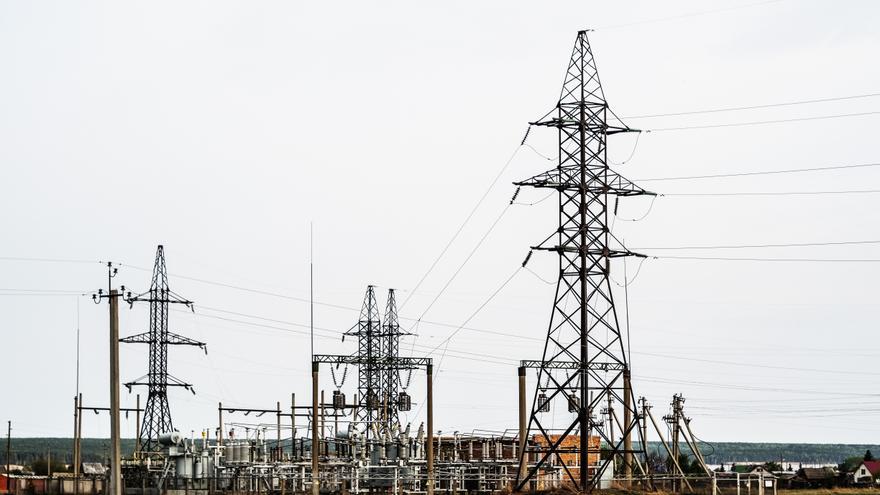 The main consumer associations dissociate themselves from the proposal to unlink the voluntary price for small consumers (PVPC), the regulated electricity tariff, from the hourly price of the wholesale electricity market, to which the cost of energy is directly indexed. replacing this reference with a basket of “more stable” indicators at the cost of a higher risk premium for the user, as stated by the Minister for the Ecological Transition, Teresa Ribera.

The proposal would reduce the political cost of having the wholesale market records in all media every day, given a very complicated end of the year due to the current gas and CO2 price situation, and would translate into a less volatile receipt, but also more expensive. This measure supported by large electricity companies and the third vice president has been open to adopt it.

In his last appearance in Congress, Ribera indicated that in his department they are “sensitive” to a demand, he said, “raised by consumer associations, which is to regulate that PVPC rate again, reducing their dependence on a volatile market, such as the wholesale market, and partly integrating a basket of more stable indicators that allow us to stay within much more stable, less volatile price ranges “.

“It will simply be important to remember, as is the case with the free rate, that this greater security means that part of the risk premium for reducing volatility is internalized and, therefore, that we must be cautious with regard to which indicators are to be used. which is indexed and at what time this modification occurs. As I say, we are open to doing so because we believe that it is a request, which deserves all the attention and respect, coming from consumer organizations, “Ribera warned.

The Ministry does not specify which associations have requested it. The two most important in Spain, Facua and the OCU, stand out from this proposal. “We have never asked for it,” say sources from Facua, who presented in august a decalogue of measures including a system of maximum prices for hydroelectric and nuclear power –Ribera rejects it because it is contrary to European regulations–; a social tariff, a permanent VAT reduction, the creation of a public energy company that assumes the hydroelectric concessions, an audit of the electrical system or a substantial reduction in the power term.

Facua, which closed 2020 with more than 246,000 individual associates, according to its latest annual report, also claims to restructure the system of time slots implemented in June by bringing off-peak to 10 at night on weekdays.

For their part, OCU also dissociates themselves from this proposal to unlink the PVPC from the pool. “We have never asked for that,” says his spokesman, Enrique García, who warns that the proposed system “is very similar” to the quarterly auctions that were in force until 2014 to set the regulated tariff and urges “not to make mistakes. that in the past led to the annulment of that system. ” “This once again obviates the main problem: that consumers pay for electricity what it really costs”, says García, who believes that to avoid “the benefits that come out of the blue that the marginalist system of price fixing brings with it, there is” sufficient mechanisms to establish post-market mechanisms “.

The OCU, which closed 2020 with more than 227,000 members, refers to decalogue of measures that it has recently presented to make electricity cheaper: permanent VAT reduction, abolition of the Electricity Tax, “more control to stop market manipulations”, “pay energy at the price that it really costs to produce, reviewing wholesale pricing”, “improve transparency in rates”, “simpler and more accessible social bonus” or “encourage competition” by reducing the power of large groups.

This week, the CEO of Iberdrola Spain, Ángeles Santamaría, insisted on demanding an “urgent reform” of the PVPC because, as it is designed, “it completely transfers the price of the wholesale market” to the consumer with the consequent “media scandal”. “The problem”, pointed out the CEO of Endesa, José Bogas, is that the PVPC “is linked to the wholesale price.” Both cited the “example” of Portugal: with the same pool as Spain, “Portuguese customers are not worried” about these records because “they have an annual fee that was formed before and they have not been affected” by this escalation.

In Spain there is an annual regulated rate since 2014 as an alternative to the PVPC, but It is the most expensive of all, it is hardly used and the National Commission of Markets and Competition (CNMC) has asked to suppress it.

The reform of the PVPC is among the measures that the Government is studying to face the historic rise in the pool through a “shock plan” that will be approved by the next Council of Ministers, as announced this Thursday by the Minister of Finance, María Jesús Montero . Among the measures that are contemplated is to extend the tax reductions already in force until spring and to reduce the Electricity tax, which levies the receipt with 5.11% and is assigned to the autonomous communities; launch auctions that force large electricity companies to give up part of their energy; a greater control of the discharge of hydroelectric dams and a vital minimum supply for the most vulnerable households.

This Friday, known as pool will exceed 150 euros for the first time in history per megawatt hour (MWh), with hydroelectric energy taking advantage of to mark the price on most days in the daily auction, as it happened in august, and after the fortuitous shutdown of the Cofrentes nuclear power plant (Valencia), owned by Iberdrola, which has further aggravated the effect in Spain of the inflationary spiral that the European wholesale electricity markets have been experiencing for weeks due to successive records in the natural gas price and emission rights.

A recent report by the Bank of Spain pointed out that the pass-through of these increases has been “particularly high” in Spain, due to the particularity of the PVPC, but also stressed that the systems that reference the domestic tariff directly to the price of energy, such as the Spanish and others such as Estonia or Sweden, are more volatile, but “they allow consumers to internalize to a greater extent the signals provided by prices, adapting their consumption pattern accordingly”, they save users the risk premium that implies a fixed price and “tend to provide the market with greater transparency and allow more efficient management of demand.”

The current system was put into operation in 2014, after another price spike that resulted in a fine from the CNMC to Iberdrola for manipulating the electricity market – the electricity system ended up being imputed in the National Court and the procedure is still open almost eight years later. . The PVPC replaced the so-called Cesur auctions, which the OCU urges not to recover. Electric companies, financial entities, brokers and traders participated in them, and they yielded a significant extra cost for the consumer that amounted to around 2,000 million euros between 2008 and 2013, due to the risk premium that involved paying a fixed price every three months for the energy to be supplied by the last resort traders (CUR).