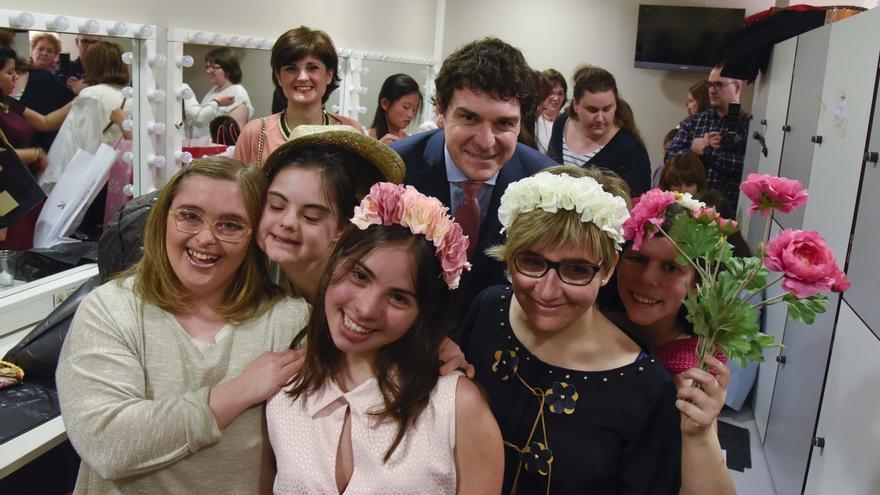 The Congress of Deputies unanimously approved this Thursday to eradicate the forced sterilizations – ordered by a judge – of women with disabilities under guardianship, a practice still in force in Spain.

More than a decade after the entry into force of the UN Convention on the rights of persons with disabilities –which Spain ratified in 2008, it is mandatory and expressly prohibits this practice–, the Spanish legal system still accepts as Forced sterilization is valid in Article 156 of the Penal Code, although it replaces the term “forced” with “agreed” (agreed by the legal representatives of the woman in question and the judge on duty, not by the affected one): “The sterilization agreed by a judicial body will not be punishable in the case of people who permanently cannot give in any way the “free and conscious consent that such a matter deserves,” it reads.

This October 15, 2020, the beginning of the end of this “serious anomaly in terms of human rights” begins, according to what is read in the bill (PL) approved by Congress. The legislative change will take some time to go into effect. The PL, which basically eliminates the aforementioned paragraph of Article 156, has yet to complete its journey and return to the Senate, where it originally came from and where it will conclude its parliamentary journey if there are no changes to the text, as expected given unanimity in groups. If there were any modification of the text, it would return to Congress for its final approval.

The repeal of this practice deepens the expansion of rights (or equalization, to be more exact) of people with disabilities in recent years: in 2018 The Organic Law of the General Electoral Regime (Loreg) was modified to return the right to vote to some 100,000 people to whom justice had taken away the ability to vote; currently Congress is also processing a reform to replace judicial incapacitation with guardianship. And it does so by emphasizing women, who mostly suffer from this practice.

The debate has been quick because the work was already done. All the groups have supported the legislative reform under arguments such as that “today is a day when Spain changes for the better”, “an anomaly is corrected”, “it is a form of mutilation” or “there has been an infantilization of women with disability”.

“With the repeal of the forced sterilization of judicially incapacitated people with disabilities, promoted by Cermi, one of the most lacerating violations of human rights of this part of the population that had legal protection would end”, assesses Jesús Martín, delegate of Rights Humans in the Spanish Committee of Representatives of People with Disabilities (Cermi). Martín also emphasizes that the project does not come from the government, “but from civil society and the legislator,” in this case the Senate, where Ciudadanos registered the proposal for the first time.

The legal change is not limited to prohibiting forced sterilization, it also includes safeguards for this type of consent, so that women “have all the information,” explains Martín. Thus, the law will establish that “people with disabilities who require human and material support, including technological support, for decision-making will always receive the same in accessible formats, channels and supports so that the decision they make as patients be free, voluntary, mature and informed. ”

With this measure, the State also responds to the reproach of the United Nations, which when it evaluated Spain’s compliance with the Convention upset it that it had not abolished forced sterilizations, a practice that on paper does not distinguish between genders but in reality It is basically suffered by women, who in the end are the ones who get pregnant, remember from CERMI.

This is stated in the PL presented. “Forced sterilization is a more widespread practice than what public opinion considers. According to data from the General Council of the Judiciary, in the last decade more than a thousand forced sterilizations have been practiced in Spain, most of them in women. Only in 2016, CERMI, based on official data, indicates that there were 140 cases, with 865 more cases occurring between the years 2005-2013 “. Calculated differently, if “more than a thousand” forced sterilizations have been performed in a decade, this would mean that on average one is performed every four days in the best scenario. For ten years.