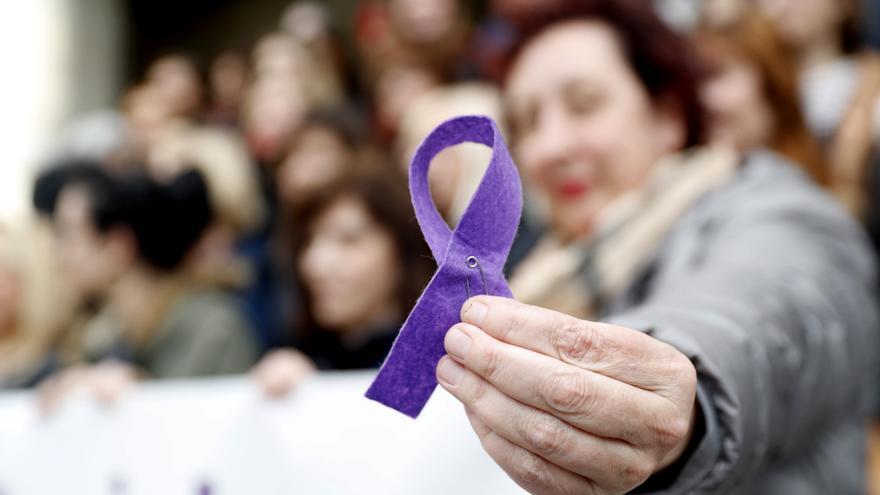 The majority of Congress has endorsed this Thursday improving the conditions of access to pensions for orphans of sexist violence and expanding aid both to children whose mother has been murdered by their partner or ex-partner even if this is not the father of the children , as well as those who are adopted.

With 292 votes in favor, 49 abstentions and no vote against, the proposal for the Organic Law to Improve the protection of orphans victims of gender violence presented by the PSOE has gone ahead and will now continue its parliamentary process in the Senate .

The socialist deputy Lidia Guinart has brought the story of Javier to the Plenary of Congress, who in 2018 had to take care of his 8 and 12-year-old nephews and his father because a macho murderer ended the life of his sister and his mother in Vitoria. The murderer, from prison, sold his apartment so that the children could not receive any inheritance that would alleviate their economic situation.

"Javier says that sexist murders are like an expansive wave that devastates everything, ends the lives of women, also destroying the lives of their loved ones, but the most harmed are the orphans, they are the great forgotten by Justice and the rest of the institutions, "Guinart lamented.

This initiative will incorporate legal changes aimed at improving the protection of minors orphans from gender violence, particularly those who are in a vulnerable situation.

Specifically, the text eliminates uncertainties about the different judicial pronouncements in relation to the liquidation of the property society and attributes jurisdiction over these procedures to the courts of violence against women, at the request of the heirs when there is a sexist crime.

It raises exemptions in the tax on onerous patrimonial transfers and documented legal acts for the transfer of assets or rights for the benefit of children, minors or people with disabilities subject to parental authority, guardianship or with support measures.

In addition, with the amendments negotiated between the PSOE and United We can groups approved last week in the Equality Commission, the children of mothers murdered by men who were or had been their partners but not their father will be able to access these aid.

Likewise, orphans who are adopted, for example, by their own maternal or paternal family after the crime, will be able to access the aid, since in many cases this action caused the children to lose their pension, which led to economic problems in the families vulnerable.

The PP has supported the proposal. "No one can put themselves in profile when the life of a child is at stake," said Deputy Beatriz Álvarez, who has shown herself in favor of modifying Law 3/2019, of March 1, on Improving the orphan situation of the daughters and sons of victims of gender violence and other forms of violence against women.

He recalled that the orphan's pensions "were very limited" and sometimes did not exceed 150 euros per month, in addition to the fact that many of the applications were denied due to lack of contributions from the mothers.

Ciudadanos has also supported the text, although it has presented an amendment (which has been rejected) in which it requested to extend these aid to minors orphans of a murdered father. "If we think of the best interests of the minor, we do a disservice if we do not protect all minors," said deputy Sara Giménez, who has asked "to put aside prejudices" and not differentiate between first and second-rate victims .

This amendment has received the support of Vox, which has assured that "it is so fatal for a child to lose a mother as well as a father" and has described the initiative of the PSOE (in which it has voted abstention) of "feminist propaganda" and "morally unsustainable" by "neglecting the needs of an orphan minor based on the sex of the murdered parent."

From United We Can, Laura López has recalled the 42 women and the six minors murdered so far this year, as well as the 28 orphaned minors, and has supported the initiative that, in her opinion, "remedies an injustice" with the orphans of sexist violence.

Also Joan Baldoví (Compromís) has shown his support for the initiative, which he described as "very necessary". "Orphaned minors are left without references and deserve all the attention and help of the State to receive their pension and access their mother's inheritance."

Joseba Aguirretxea, from the Basque group, has also supported the text to ensure that the bureaucracy is not "so unfair" with these minors. Likewise, in favor of the bill, the deputy of Bildu Isabel Pozueta has been shown. EFE