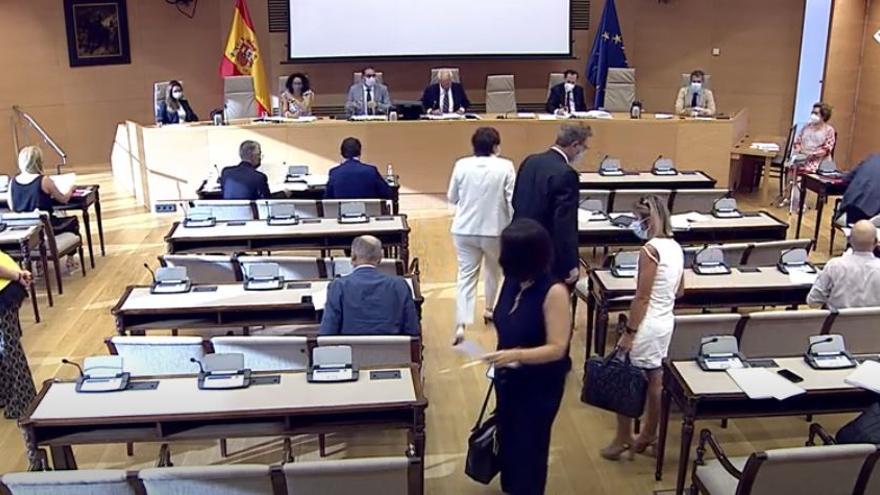 During the debate on the initiative, Vox’s tax spokesperson, Inés Cañizares, alluded to “numerous problems of social legitimacy” of the tax and its “low impact” on total collection, also ensuring that it “violates constitutional rights.”

Likewise, it has claimed one million signatures to repeal this tax that has supposedly been collected by the National Federation Against Tax (FENCIS) and that, as the Vox spokesperson in Congress, Iván Espinosa de los Monteros, has later assured The organization “has made available” to training to demand in Congress the suppression of this tax figure.

For Enrique Santiago, from Unidos Podemos, the Vox proposal justifies the elimination of all taxes, something he understands because people with greater economic capacity do not need redistribution, but the rest do to guarantee “the enjoyment of the social rights provided for in the Constitution”. Likewise, he recalled in the face of the demands for tax cuts that Spain is one of the countries that collects the least with respect to the wealth generated.

For Ferrán Bel (PDeCAT), this tax “should be modified in a comprehensive tax reform and not dispatched in a simple elimination”, while José María Mazón, from the PRC, has defended that this tax “serves for the distribution of wealth” and He has defended the need for taxes to finance public services “increasingly necessary”: “This policy of reducing taxes, in the long run, is negative,” he said.

The PP has defended the abolition of this tax “as unfair and confiscatory”, as described by its deputy Javier Bas, who has assured that inequality increases. And it is that, he has defended, the assets of those people who renounce the inheritance are then auctioned and acquired by funds and investors with more resources.

Finally, Mari Carmen Martínez Granados, from Ciudadanos, has assured to share the “essential elements” of the Vox proposal against a tax “generator of inequalities”, which falls into double taxation and “disincentives for family savings.”