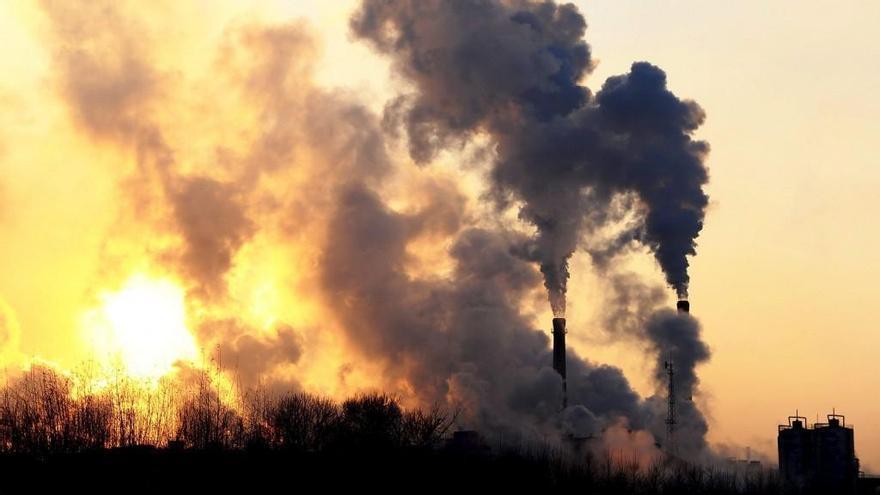 The Congress of Deputies has admitted to process the climate change bill prepared by the Government. The House has rejected the amendment to the totality presented by the Vox group that was based on neo-denialism that does not dismiss global warming, but doubts that the cause is human action or even that it is a problem. The far-right party has had the support of the deputy from Foro Asturias.

The defense of the project has been carried out by the fourth vice president and minister for the Ecological Transition and the Demographic Challenge, Teresa Ribera, who has indicated that the law aims to “favor an industrial revolution that allows us to lead production and employment”, with a green and inclusive recovery in line with the guidelines of the European Commission and its Green Pact.

“The recovery phase we are in represents a favorable moment for a change of course and the next decade is key,” said Ribera, who has trusted that the parliamentary process of the law will serve to “strengthen” and “improve” it. .

The session was held due to the amendment presented by the Vox parliamentary group that asked to reject the text completely and before processing anything in Congress. The person in charge of supporting the amendment has been the deputy Mireia Borrás. Borrás has sentenced: “We have no climatic stance.” And then she explained that “no one denies global warming”, to then add “that it is the scientists who give the answer, but everyone, not just a few.” This preamble has served to affirm that “numerous scientists affirm that there is no evidence that climate change is anthropogenic, that is, caused by the hand of man”. The truth is that the scientific consensus supported by countless studies is the opposite of what Borrás pointed out: climate change has been a consequence of human activity since the industrial age due to the almost unprecedented accumulation of greenhouse gases in the atmosphere emitted by that human activity.

In reply, the fourth vice-president Ribera recalled that the project reached the Lower House on July 14, coinciding with the anniversary of the Taking of the Bastille, which represented the “triumph of the Enlightenment” and “the beginning of the modern State ” And he said that the law bets on “responding to the demands of Spanish society” and making the economy of our country neutral in emissions with a predictable framework to achieve a sustainable and “resilient” model to attract investment and promote energy transition. With objectives “that can only be revised upwards”, which allow “leaving behind” fossil fuels “progressively”.

The Popular Party has not aligned itself this time with Vox. The climate terrain does not seem conducive to sustaining alliances between the two parties. “This is not the time for denialism,” said popular spokesman Diego Gago. However, the rest of his intervention has been oriented towards an attack on the Government. “We are late to the fight against climate change for not supporting the law presented by the PP.” The group registered a proposal very shortly after leaving the Executive because of the censure motion that removed Mariano Rajoy from the presidency. It was presented by the former Minister of the Environment, Isabel García Tejerina. “We will support an improved and amended law.”

United Nations congressman Podemos Juantxo Lopez Uralde has addressed Vox: “I do not know what patriotism they are involved in that ignores the greatest damage suffered by their territory, which is being destroyed by climate change.” “Just listen to the State Meteorological Agency that has said that summers have increased five weeks in Spain. That is what scientists are telling us. Make a gesture for future generations and withdraw that amendment,” he concluded.

The ERC spokesman, the deputy Joan Capdevila, has come to summarize the session caused by Vox: “Let’s get over this process and let’s get to work on the most transcendental law, not of the legislature but of the decade.” López de Uralde has described the amendment as “postureo”, that is, a maneuver to attract attention and present itself as a group against the current.

Vox’s proposal has generated quite a consensus, even if it is against it. The deputy of the extreme right has resorted to her usual argument when stating that the law “blames the men of the field who get up every morning, the industry, the farmers and hunters … We defend the true environmental conservatism and what they sell us is a dogma. Their liberticide ideology “. The ultra strategy has been named from “quintessential neo-negationism” to “terraplanista” speech by Bildu spokesmen Mertxe Aizpurua and the BNG Nestor Rego. “They are 10 years late to a debate that has passed,” said the deputy from Más País, Inés Sabanés. “Do not use the pseudoscience that brings us here,” Miquel i Valentí, deputy, has told her. Almost all the groups have advanced, in any case, that the Government’s starting text does not fully convince them and that they plan to register modifications for their debate in the parliamentary process.