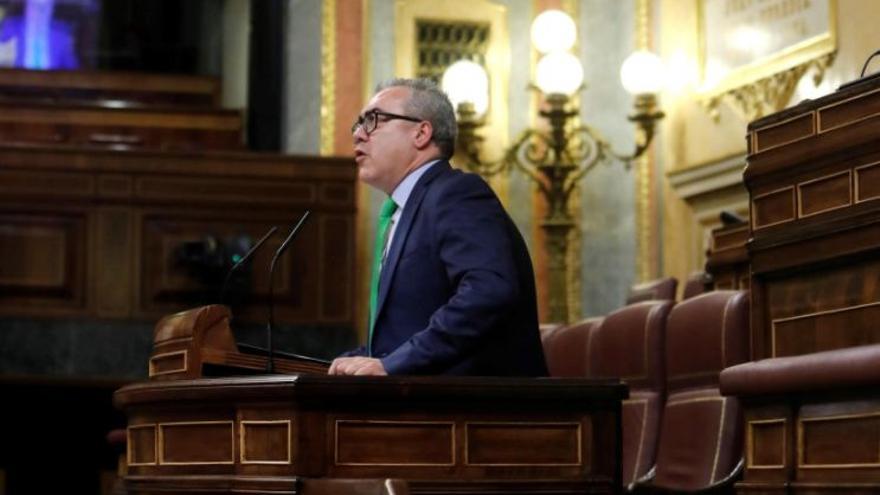 The Plenary of the Congress of Deputies debates this Tuesday for the second time the proposed reform of the Statute of Cantabria to suppress political outliers, which will foreseeably receive the approval of the Chamber again to start its parliamentary procedure.

The regional Parliament unanimously agreed at the end of 2017 to reform articles 11 and 20 of the Statute to eliminate the special procedural process for the president of Cantabria, the members of the Government and all the regional deputies.

This reform arrived in March 2018 at the Plenary of the Lower House, which already gave the green light, with the abstention of the PP and the yes of the rest of the groups, to start its processing, although the call for elections in April 2019 He left it ‘frozen’, with the text waiting its turn in the Constitutional Commission.

Cantabria was the second autonomous community, after Murcia, to promote the suppression of this “privilege of the political class”, so that the representatives of the citizens “could once again be judicially equal to those they represent”, according to the text left the Cantabrian Parliament.

As the statutory reforms do not decline with the end of the legislatures, this initiative returns this Tuesday to the first plenary session of the Chamber of this period of sessions. Everything indicates that it will be admitted for processing again.

On the part of the Cantabrian Parliament, the autonomous deputies Pedro Hernando (PRC), Íñigo Fernández (PP) and Noelia Cobo (PSOE) will defend it for five minutes each, as is usual in this type of debate. Then, it will be the turn of the different groups in Congress.

Cantabrians equal before the law

In the text of the reform, the parties underline the need to modify the Community Statute in order to eliminate the “prerogative” of the special procedural jurisdiction so that all citizens of Cantabria are judged by the judges or courts predetermined by law .

Likewise, together with the suppression of the aforementioned, it is proposed to modify article 11 of the statutory text, so as to include that regional deputies “will enjoy, even after having ceased their mandate, inviolability for the opinions expressed in parliamentary acts and by the votes cast in the exercise of his office “.

In addition, the reform advocates that during their tenure the parliamentarians “cannot be detained or detained except in the case of flagrante delicto, and the ordinary judges predetermined by the Law shall decide on their indictment, imprisonment, prosecution and trial.”