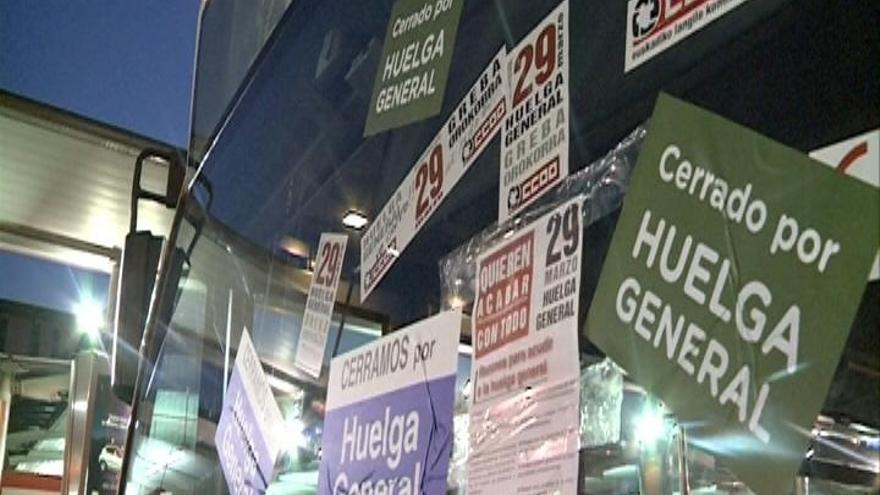 Congress has taken this Tuesday the first step to repeal article 315.3 of the Penal Code, which penalizes pickets in strikes with prison terms and which was reformed in 2015 by the PP Government. The majority of the House has announced its support for a bill of the socialist group that includes the suppression of this section and the revision of the final sentences passed in accordance with this legislation. The elimination of this article from the Penal Code has been a constant in the unions, which estimate that some 300 people – a large part of them unionists – have been prosecuted under this precept for their participation in strikes and pickets.

The Socialist deputy Andrea Fernández has been in charge of defending the processing of this law in Congress to repeal section 3 of article 315 of the Penal Code, which establishes a special rate for coercion in strikes. Specifically, it establishes: “Those who, acting in a group or individually, but in agreement with others, coerce other people to start or continue a strike, will be punished with a prison sentence of one year and nine months up to three years or with the penalty from a fine of eighteen months to twenty-four months “.

Fernández has asked for the vote in favor of the rest of the political formations, arguing that this specific type “leaves room for an interested and dangerous interpretation” of it, with the practical consequence of limiting the right to strike, as occurred in many labor disputes during the mandate of the PP, in which the Prosecutor’s Office adhered to this article to request jail sentences for many strikers. “We cannot go back to allowing the laws to be used for exemplary punishments for rights that are constitutional,” insisted the PSOE parliamentarian.

Andrea Fernández has also defended that, in the event of coercion in a strike, the judges and courts already have the crime of coercion in article 172 of the Penal Code, which may allow them to prosecute these behaviors.

Most of the parliamentary groups have spoken in favor of the initiative. In United We Can, which presented a bill with the same purpose in 2017 That did not materialize, Congressman Alberto Rodríguez stressed that “in this country it is time not to further criminalize the right to strike,” which he has defended that it is “the most powerful tool, and sometimes the only one, for the workers can assert their rights and live decently. ”

Similarly, PNV, ERC, EH Bildu, Más País, the CUP and BNG have expressed their support for the initiative to make this article disappear from the Penal Code, as well as others, such as the so-called ‘Gag Law’. The ERC deputy, Jordi Salvador, has affirmed that “the urgency” of the repeal of this precept, with “more than 250 trade unionists still awaiting sentences”, would justify that the Government had approved the measure by decree-law.

The PP is opposed by the “right to work in peace”

The PP has rejected the withdrawal of this article from the Penal Code that specifically penalizes coercion in pickets because it considers that it protects workers who do not want to join the strikes. Miguel Ángel Jérez has affirmed that the general rate included in article 172 of the Penal Code could finally lead to greater prison sentences for strikers, for which he has crossed out the PSOE bill as “a staging, a performance more. “In the past The PP tried to overthrow the proposed law of United We Can with an amendment to the entirety which sought the same end as the one voted on Tuesday, but was rejected by the House.

From the PNV, which supports the bill, they have nevertheless agreed to carefully debate the initiative, because they consider that in some cases the general rate could increase the penalties faced by workers accused of coercion in a strike. “Perhaps it is not such a simple matter to repeal 315 and apply 172”, said Deputy Mikel Legarda, who called for “a parliamentary reflection”, in which experts participate.

The rest of the right, from the extreme of Vox to the center-right of Ciudadanos, have also opposed the Socialists’ bill. In Ciudadanos, the deputy Pablo Cambronero has affirmed that “the right to strike is a right, not an obligation” and that the party led by Inés Arrimadas understands that it should continue to be penalized in this specific type. In Vox, the deputy Patricia de las Heras has opposed the initiative, which she has labeled “lack of protection for workers” in favor of “subsidized and corrupt unions.”

The majority unions CCOO and UGT have demanded in recent days again the support of this bill to bury article 315.3 of the Penal Code, against which they have made numerous campaigns to demand its elimination. “In practice it has been applied as a form of persecution and criminalization of the exercise of the right to strike by trade unionists,” the UGT denounced in a statement on Tuesday. From CCOO they also warned of the need to “file all the processes that affected more than 300 union members who participated in different strikes against labor reforms and other conflicts. Some of them have already been tried, even with a final judgment.”

Floods, fires and extreme weather: climate chaos was this

The Canary Islands asks the judges “to agree”