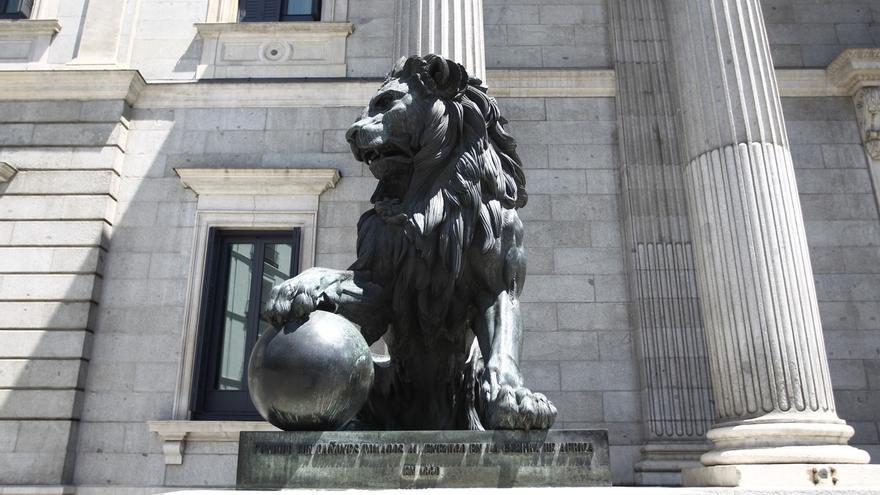 A vast majority of the Congress of Deputies has supported this Tuesday a PNV bill to reform the Citizen Security Law, the so-called 'Gag Law', repealing some of its most damaging aspects of citizen rights and freedoms. The initiative, which will be admitted for processing with the vote of the entire left, the nationalist forces and Citizens, has had the rejection of PP and Vox. This is the third attempt to repeal the aforementioned regulation that was approved in 2015 by the absolute majority of the popular, and whose reform was attempted two legislatures ago, without being able to complete its processing due to successive electoral advances.

The PNV proposal modifies practically half of the precepts of the 'Gag Law' with the objective, as explained by the proponent group, that in the binomial of freedom and security, "key to the proper functioning of an advanced democratic society, any incidence or limitation in the exercise of citizen freedoms for security reasons is protected by the principle of legality and the principle of proportionality ".

The proposal proposes reforms "in line with the interpretative principle of the action of the public powers in relation to citizen security, by which the most favorable interpretation of the full effectiveness of fundamental rights and public freedoms, especially rights assembly and demonstration, freedom of expression and information, freedom of association and the right to strike ".

During the debate on the proposal, which took place in plenary session this Tuesday, PSOE, Unidas Podemos, ERC, Ciudadanos, Junts, BNG, Más País and EH Bildu have expressed their vote in favor of initiating the processing of a reform that Two years ago he reached the House Committee of the Congress, achieving a broad consensus, but whose opinion was never approved by the electoral call.

Serrada: "To the PSOE, fair lessons"

From the PSOE, the deputy David Serrada, has considered the need to launch "a clear message to citizens in a moment of uncertainty, which is that the exercise of freedoms and rights is real", considering the 'Gag Law' as a "setback" in those rights. To the rest of the groups, who have reproached the socialists for having applied these regulations during the pandemic, Serrada has said: "To the PSOE, fair lessons."

Likewise, the Socialist parliamentarian recalled that the PP approved this law to silence protests over corruption in popular formation. "You created a structure designed to obstruct the investigation of corruption cases that affected the PP," he told the popular, who recalled that his own leader, Pablo Casado, also supported this regulation.

The deputy of United Podemos Ismael Cortés has described the 'Gag Law' as "the jewel in the crown" of the "repressive strategy" of the Government of Rajoy, and has recalled that it was approved at the request of the then Minister of the Interior, Jorge Fernández Díaz , currently charged for his alleged involvement in Operation Kitchen, the separate piece of the Villarejo case that investigates the espionage of the former PP government on the former treasurer of the party Luis Bárcenas. "It was approved to curtail freedom of expression, information and strike," remarked the parliamentarian of the confederal group.

María Carvalho, from ERC, has assured that the regulation under debate was "one of the most retrograde legislative reforms to persecute political dissent and repress the protest and the demonstration", as well as that it shielded "racist and criminal policies." During her speech, the deputy has maintained a scuffle with the president of Congress, Meritxell Batet, after she, at the request of the Vox spokesperson, Iván Espinosa de los Monteros, asked her to remove a slogan pasted on the tablet of the Republican parliamentarian , on which you could read "Foravox". Carvalho has acceded to Batet's request and has withdrawn said banner.

From EH Bildu, its spokesperson during the debate, Ion Iñarritu, has considered that "the sooner the 'Gag Law' is repealed" the better ", because" with a government that in theory is against this law has applied it more in three months of state of alarm than in four years the PP ". "The authors of this repressive regulation are being investigated for using the state sewers for their interests and internal wars," Iñarritu recalled, referring to Fernández Díaz. In addition, he considered that "it is time to create mechanisms to prevent and guarantee that in the event of police abuses, those responsible are identified and punished."

The Supreme Court's decision on Torra

During the debate, the decision of the Supreme Court to disqualify the president of the Catalan Generalitat, Quim Torra, has hovered at all times. Thus, while the nationalist and independence forces have considered the resolution as one more example of the "repression" that, in their opinion, the Catalan independence leaders suffer, from Ciudadanos, their spokesman during the debate, Miguel Gutiérrez, has defended the decision of the High Court considering that it makes all Spaniards "equal before the law".

Against both the PP and Vox have manifested. The popular spokesperson in the debate, Jaime Mateu, has defended that the Gag Law was approved "to protect the physical integrity of the policemen" and that "its application has been a barrier for the protection of security and freedom." In his opinion, the regulations "are more necessary than ever to comply with the rules of the health emergency" and given the existence of a "social communist" government in which "the defenders of the Venezuelan tyranny" are integrated.

The 'Gag Law' was appealed in the Constitutional Court by the entire opposition, as soon as it was approved, in 2015. Two years later, in 2017, Congress admitted two different proposals of law to repeal it: one presented by the PSOE to suppress the entire law of the PP and return to the previous legislation on the matter, which dates from 1992, and another of the PNV that modifies the current law without the need to go back to 1992.

Finally, after months and months of continuous extensions of the deadlines for submitting amendments to both proposals, the presentation began to work in October 2018 on the initiative promoted by the PNV, modifying more than half of the popular law, but the Pedro Sánchez's decision to call elections for April 28, 2019 led to his paralysis. In the short legislature that followed these elections, the PNV re-registered its proposal, but it also declined with the dissolution of the Cortes in response to the repetition of the November elections of that same year.