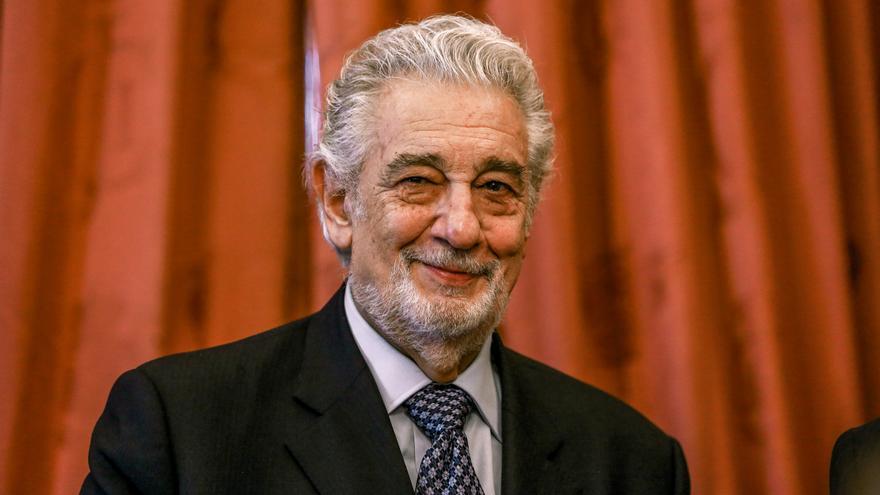 The Equality Commission of the Congress has approved this Wednesday a non-law proposal (NLP) of the PSOE by which urges the Government to promote the disappearance of public spaces and projects names of convicted or confessed sexual offenders and, during the debate of the initiative, the PSOE has indicated to the tenor Placido Domingo.

The initiative has been voted separately since the PP has voted in favor of the first point which calls for the disappearance of the names of convicted sexual offenders, while it has opposed the point that demands that the naming of public spaces be reconsidered with the name of “people who have publicly declared to have committed sexual assaults”, that is, without having been convicted, a point that has sparked controversy in the Commission

During the debate, the socialist deputy Laura Berja has invited to make a reflection: “¿What do you think that a man who has been accused of sexual abuse by more than 20 women and has acknowledged being a sex offender receive a standing ovation before acting on behalf of the public in a theater in our country? What do you think of that same man receiving the title of honorary ambassador of the World Heritage of Spain? “, He has asked the rest of the spokesmen, all women, alluding to the singer Plácido Domingo, whom he has also expressly mentioned.

“What can victims of aggressions think when a country applauds an aggressor? We have to repair the victims, a dignified democracy cannot honor sexual offenders “, has warned Berja, who has asked that they stop being recognized as” heroes or gods “and that public spaces become an” opportunity ” to send a message to the younger generations of those who must be “perpetuated as people of reference.” “In the streets I lack names of those killed by gender violence,” he laments.

And he concluded his speech referring to a famous Argentine footballer recently deceased, Maradona. “Is a good goal enough for you to forgive the aggressor of women?“, He has launched.

The PP deputy Edurne Uriarte has spoken out against the second point of the proposal: “What do you think about what should be included in the second point?” USA, Joe biden, was accused of sexual assault in 2019 by 9 women, or that or the then Minister of Defense of UKMichael Fallon resigned “for putting his hand on a journalist’s knee.”

In his opinion, the initiative should repair “victims of all kinds of crimes.” In addition, he has taken advantage of this matter to reproach the Government for having pardoned the leaders of the Catalan procés. “This NLP is to eliminate tributes to sexual offenders, but yesterday they pardoned convicted criminals in the making,” has blamed the ‘popular’, who has asked PSOE and United we can make them “consistent”.

Therefore, he has advocated for extending the initiative to “all criminals”, this moment in which the president of the Commission has called the attention of the deputy. But the ‘popular’ has defended itself claiming that it was “demanding equality for all crime victims in Spain.”

To the intervention of the PP has reacted the deputy of ERC, Pilar Vallugera, who He has accused him of mixing “churras with merino”, while he has reproached that he speaks of victims when the “victims of 1-O” were “those who received the slaps.” “You do not understand anything”, has made him ugly. For her part, Pilar Calvo Gómez (JxCat), has limited herself to warning that the initiative only speaks of “sexual assault” when it should also include “sexual harassment.”

In favor of the initiative, Unidas Podemos has been shown, whose deputy, Sofía Fernández Castañón, recalled how the Valencian artist María Llopis, did a performance at the Picasso Museum in Barcelona with Dora Maar (Picasso’s partner) t-shirts to denounce that the Malaga painter was an abuser. “Are we talking about the fact that we don’t want to have Picasso in our museums? No. We are demanding a necessary critical reading“, has assured.

“Violence has no sex”

In the same line as the PP, the deputy of Vox, Carla Toscano, whose training has abstained on both points, has referred to the need for the initiative to serve to repair the victims, “regardless of sex, age or sexual orientation.” “We will not tire of saying that violence has no sex”, has been reaffirmed.

Regarding the most controversial point of the initiative, Toscano has admitted that from Vox they agree that “a man convicted of sexual assault is not worthy of having a street, a square or any public space in his name.” “The point is that any sexual or non-sexual aggressor, man or woman and whoever the victim is, is not worthy of having a public space in his name,” he said.

In any case, for Vox, This initiative aims to “delve into the line of feminism in recent years”, which is, according to the deputy, “the demonization of man”, because through what she considers a “constant propaganda”, the Government intends to “re-educate society in the idea that the heterosexual male is the only one capable of committing violent acts”.

He has also criticized that it is a proposal to remove the name of Plácido Domingo from any public space: “They should have called it an anti-Plácido Domingo proposal, period.” And he has concluded his speech defending the tenor, pointing out that “many” men like him, “overwhelmed by circumstances and scandal, admit to having attacked or having committed crimes, it is not known in what sense”. “For you, throwing the shit at a woman, saying a compliment or asking for the phone is an aggression,” said Toscano, who has settled that point 2 of the NLP “violates the right to the presumption of innocence.” “It is a witch hunt against men,” he added.

For the socialist deputy, however, It was Plácido Domingo himself who ended his presumption of innocence by publicly assuming responsibility for the accusations.