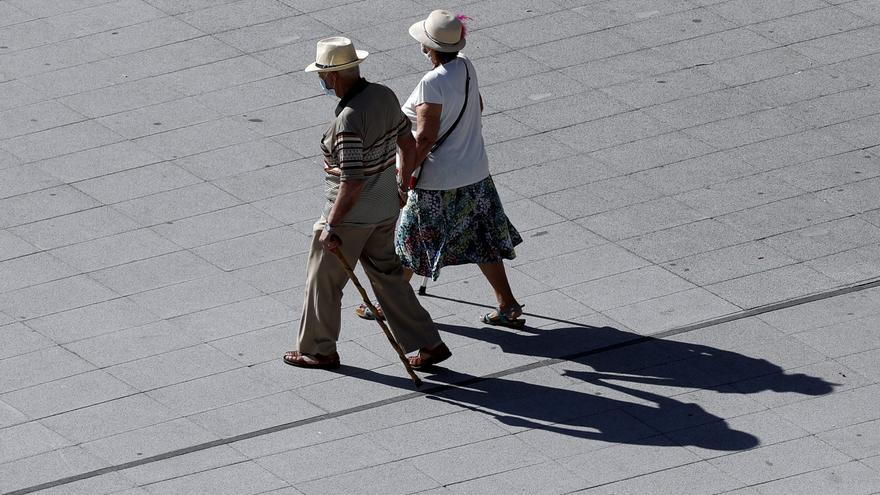 The Plenary of Congress approved this Thursday with a narrow majority – 176 votes in favor, 148 against and 6 abstentions – the law to guarantee the purchasing power of pensions and other measures to reinforce the financial and social sustainability of the public system of pensions, which recovers the CPI as a way to revalue benefits and eliminates the ‘sustainability factor’ imposed by the Government of Mariano Rajoy.

The norm includes the so-called intergenerational equity mechanism agreed by the Government with the unions, and supported by partners such as EH Bildu and ERC, which involves increasing contributions by 0.6 points for ten years, between 2023 and 2032, to fill the piggy bank of pensions and face the retirement of Spaniards born between the 50s and 70s of the last century, known as baby boomers.

Thus, and as stated in its explanatory memorandum, the law – which has received the support of the Government parties, ERC, PNV, PDeCAT, Junts, Más País-Equo, Compromis, Nueva Canarias, Teruel Existe and the PRC , the vote against PP, Vox, Ciudadanos, CUP, BNG, UPN, Foro and CC, and the abstention of EH Bildu–, aims to guarantee “the maintenance of the purchasing power of pensions through a revaluation criterion linked to the evolution of inflation “and to strengthen” the financing structure of Social Security through the assumption by the State of non-contributory expenses. ”

“It is a law that improves the living conditions of citizens, establishes a stable framework on the functioning of our pension system and complies with the country’s commitments to the elderly,” the Minister of Security explained during the debate in Congress Social, José Luis Escrivá.

Escrivá celebrates that the “purchasing power of pensions” is guaranteed

The new rule, he added, “guarantees once and for all the purchasing power of pensions and leaves behind a stage of uncertainty”, alluding to the latest pension reform approved during the absolute majority of the Government of Rajoy. “It is an ambitious reform that establishes the transparency of social security accounts,” he added.

One of the key tools of the PP legislation was the aforementioned ‘sustainability factor’, which linked the amount of benefits of future pensioners to life expectancy, in such a way that they were progressively reduced. Those who assumed greater cuts in future pension were, therefore, younger people, since they are supposed to live longer.

The coalition government pledged to repeal this factor and replace it with the ‘intergenerational equity mechanism’ (MEI). Initially, Minister José Luis Escrivá stated that the new element could produce a “small adjustment” in the pension of the baby boomers or delay their access to the withdrawal, which generated a great controversy and forced the minister to qualify his words.

In the end, the MEI proposal that Social Security brought to the negotiating table was very different. The mechanism is aimed at raising more funds for Social Security, in charge of workers and active companies in the next decade, in the face of the approach of increasing cuts on all pensions from 2023, which was supposed by the previous legislation.

During the parliamentary process, ERC and EH Bildu have trained the Government to include an audit within a month to quantify, based on all their contribution income, what invoice the State has been assuming outside of the expenditure on contributory pensions, between 1967 and 2019, which has generated losses to the system.