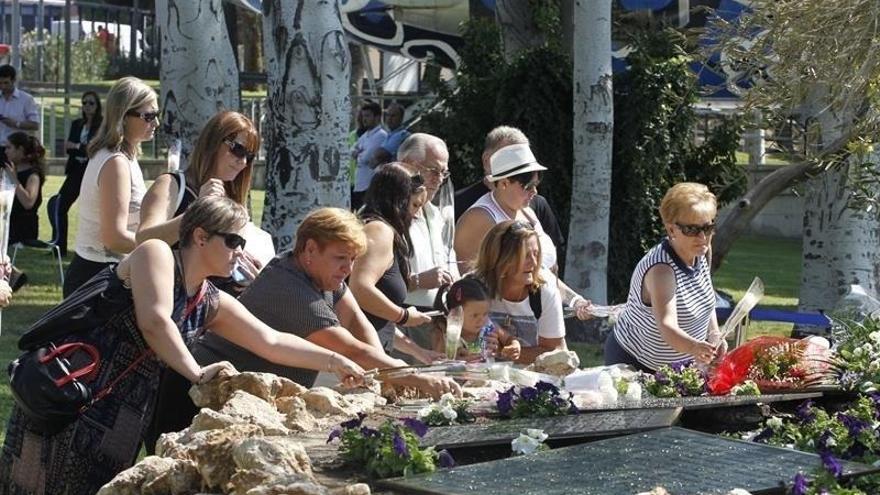 Congress has approved the findings of the commission of inquiry into the Spanair accident that come to light almost thirteen years after the catastrophe. The parliamentary investigation was activated in 2018 at the request of Unidos Podemos and ERC and the opinion it has come forward by a large majority, but with the vote against the PSOE and the PNV abstaining. The Socialists consider that the signaling of the responsibility of senior officials of the Administration at the time of the incident, including the then Minister of Development Magdalena Álvarez, may “violate fundamental rights”, as pointed out by the Lower House lawyer. The rest of the groups have regretted that the position of the PSOE, whose particular vote has been rejected (with 182 votes against, 154 in favor and two abstentions), and they have prevented unanimity. The association of those affected by flight JK5022 has delivered some 20,000 signatures to the PSOE to vote in favor of the opinion with which it seeks “truth, justice and reparation” for the 154 fatalities and the 18 injured on August 20, 2008.

“The accident that occurred occurs as a concatenation of failures that added one after another that causes the safety barriers to fail as a whole,” said the president of the commission, Meri Pita, who has assured that “it would be convenient and simplifying to attribute to the fatality all these failures “as well as an” unforgivable irresponsibility on the part of the deputies that would border “the crime” and “would lead to the repetition of the same ones.” Pita, deputy of United We Can, has affirmed that “the system failed not only on the unfortunate day “of the accident but also on the previous and subsequent days and has defended that” those in charge of establishing, evaluating and correcting the weakness of the system with the means that the State has made available to them must assume their responsibilities. “” We spoke of political, public responsibility “, has specified Pita, convinced that the opinion” does not impute crimes. “He also highlighted the” nefarious role of the manufacturing company Boeing, which “has not It has been proven to prove the causes or to collaborate ” [es una de las cuestiones que se pone ahora en manos de la Fiscalía] and the treatment of the insurance company Mapfre to the victims, to whom it dedicated only 3% of the 1,500 million dollars of the policy, as reported.

Socialist deputy César Ramos has argued that the parliamentary investigation commission should serve to clarify “what happened” and put the measures that prevent it in the future. In this sense, it has valued, as other parliamentarians, such as Rafael Mayoral, have already activated the creation of a multimodal commission for the investigation of air, maritime or rail accidents. However, it has argued that the conclusions as they are raised may “violate fundamental rights” of public officials who are indicated by name and surname. “One point of the opinion expresses indiscriminate suspicions about all those appearing. We have the problem that the Constitutional Court corrects us,” Ramos warned.

In addition to pointing out the former Minister Álvarez, the opinion establishes a list of positions 17 positions that in 2008 assumed positions of responsibility, both in the Ministry of Development and in the General Directorate of Civil Aviation (DGAC), Aena and the Investigation Commission Civil Aviation Accidents and Incidents (CIAIAC). Among them is the then Secretary General of Transportation and Secretary of State, Luis Fernando Palao; the general director of Civil Aviation, Manuel Bautista; the Chief of Staff of Minister Álvarez, Antonio Fernández; and Manuel Azuaga, president of Aena between 2004 and 2008. Some of them have announced measures to eliminate their name.

Ciudadanos has shown its agreement with the PSOE on that point by considering that “a parallel judgment is issued that contravenes basic elements of the legal system”, but has voted in favor of understanding that “it contributes to understanding what failed and what could be done better “. “We agree on the need to understand what happened from a broad perspective”, defended the deputy María Muñoz, who explained that the ‘yes’ of the 10 seats of Ciudadanos is “critical.”

The PP, which abstained in the creation of the investigation commission, has voted in favor of the opinion that aims to make it “a balm of reparation and memory, a” tribute to the 154 victims, injured, survivors and families and an opportunity to improve air transport “, in the words of José Ignacio Echániz. Vox has charged against the PSOE, whom it has accused of dedicating” its efforts to conceal those responsible for air safety. “Far-right parliamentarian Andrés Alberto Rodríguez Almeida has said that the “dishonor” would be to be part of the government that “inflicted more pain” [en referencia al de José Luis Rodríguez Zapatero] before that of Pedro Sánchez in reference to public officials who have “requested that his name be removed due to a hypothetical interference in his honor.”

ERC has also reproached the socialists for their position and that they worry “about covering up their mistakes.” “The result of this ruling should contribute to saving lives. If we have to choose between saving future lives or the honor of responsible politicians, make no mistake, for our group it will always be life,” said Inés Granollers. The PNV deputy Íñigo Barandiaran has shown discrepancies with some points of the opinion, for which the six deputies have abstained, and has assured that “the reparation” that Congress can achieve is “to issue a unanimous opinion, agree, launch to the victims a hug that tries to be repairing “.

“Today it is repaired knowing the truth,” said the deputy of the Canary Coalition, Ana Oramas, who reiterated that the Spanair accident was “a chain of errors.” He took the opportunity to thank the president of the commission for “putting up with the pressure.” “The opinion is perfectible, like everything,” said the deputy of Nueva Canarias, Pedro Quevedo, who wanted it to come out with unanimous support because “it is not about taking revenge on anyone.” Quevedo has assured that “it cannot be resolved by holding the dead responsible” in reference to the pilots: “No one is alarming anyone, it is not that there is no air safety; but that fateful day responsibilities accumulated that should never have occurred.”