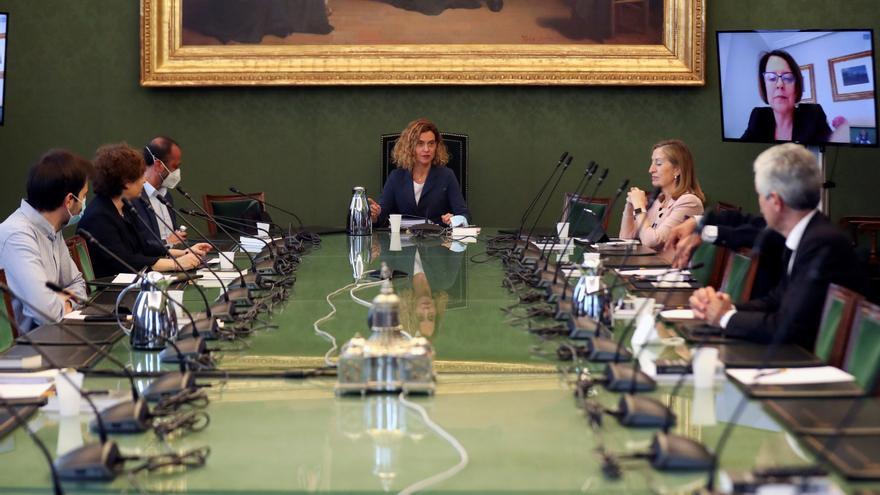 The deputies and senators will receive in 2021 the same as in 2020. The Tables of both chambers have approved their respective budgets for next year on Tuesday, which includes the remuneration of both elected positions and staff of the groups and of the workers of the institutions themselves. The governing bodies of Congress and the Senate have rejected the initial proposals presented by their presidents, Meritxell Batet and Pilar Llop, in the section referring to salaries. The initial approach of both indicated an increase in 2021 in line with that expected by the Government in the future Budgets for civil servants, 0.9%. Finally, it has been approved to exclude deputies and senators from said increase. Both the PP and Vox have accused PSOE and United We can have initially voted in favor of a rise that would include elected officials, but both groups point out that it is not true and accuse the right of “lying.”

In the Senate, the vote has developed in a more normal way, although its president has seen her initial budget proposal rejected. As confirmed by elDiario.es from various sources, during the debate of the Table, the PP and the PNV, which make up the majority of the governing body of the Upper House, have taken a position against raising the salary of senators, although they have been in favor of workers seeing their salaries increased.

The representatives of the PSOE, including Pilar Llop, have finally assumed the position and, unanimously, the salary of the senators has been frozen.

But in Congress, the Board has met twice to discuss the matter, since the usual meeting of the Board of Spokespersons had also been called and the point on the budget has been postponed. And the versions of each other about what happened differ a lot.

What they do agree on is that the president, Meritxell Batet, has brought a proposal similar to that of the Senate: linking the rise of deputies to what the Government marks for officials in the Budgets. However, during the debate in the Lower House Table, the PP and Vox have positioned themselves against it, according to their respective spokespersons, Cuca Gamarra and Iván Espinosa de los Monteros. United We can also have rejected it, as explained by its spokesperson, Pablo Echenique.

The position of the groups, as well as the vote in the Senate, has led Batet to rethink his initial proposal, which has not been voted on, as confirmed by elDiario.es from different sources. In a second meeting of the Board, and also unanimously, a 0.9% increase was approved for workers in the Lower House and a freeze for deputies.

Both the PP and Vox, however, have accused the PSOE and Unidas Podemos of having initially voted in favor of the salary increase proposed by the Presidency of the Chamber and have tried to claim the “rectification” of the Government forces. “The Table of Congress has taken it forward with the vote of the PSOE and United We Can,” said the PP spokesperson, Cuca Gamarra, at a press conference. “The PP has maintained the criterion of voting yes to the increase in salary to civil servants, but not to the rise to the deputies, “he added.

On Twitter, the general secretary of the PP, Teodoro García Egea, insisted on the idea.

But United We can have denied this version. His spokesman, Pablo Echenique, has also denied it on social networks. Echenique has even published a screenshot from a conversation with one of the representatives of his group at the Congressional Table, Javier Sánchez Serna, in which they agreed on Monday afternoon to express that they are “against raising the salary of deputies.”

Sánchez Serna himself has responded to García Egea with another tweet.