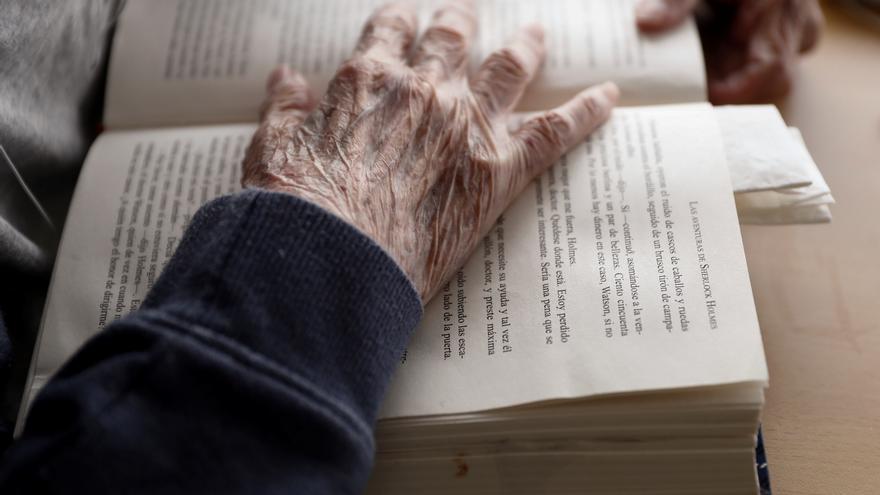 Madrid Feb 26 (EFE) .- Frequent readers and the time dedicated to reading marked a historical maximum during the confinement, but the most positive thing is that a significant part of this data was maintained throughout the year, as revealed today the 2020 Book Buying and Reading Habits Barometer.

The report, prepared by the Federation of Publishers Guilds of Spain (FGEE) and the Ministry of Culture, has lights and shadows: people who read in their free time go up – over 14 years who read weekly – but the total count is It stands at 68.5%, only 0.3 more than in 2019.

The number of frequent readers is calculated by adding those who read in free time and those who do so for work or study reasons. The former rose in the year of the pandemic boosted by the confinements, but the latter fell significantly from 27.5% to 23.1%, hence the increase does not appear.

The data analyzed before, during and after the pandemic yield several conclusions: the first of them is that the reading habit improved after confinement, before the average reading hours was almost seven hours a week, during the months of Quarantine rose to 8 and a half hours and after the summer it settled in 7 and a half, half an hour more than in 2019.

Despite these positive data, there are still a large number of people who do not touch a book throughout the year: 36 percent, a high figure that does not correspond to the literary power that is Spain.

“We are a great publishing power, but not a reading power,” explained Patrici Tixis, acting president of the FGEE

Readers grew in 2020 in all the communities, although the historical inequalities between regions remain: the Canary Islands, Extremadura, Castilla La Mancha and Andalusia read the least, and Madrid, the Basque Country, Navarra, Catalonia, La Rioja and Aragón, the what else.

The “territorial imbalance” is clear, the difference between the communities that read the most and the least can be up to twenty points. “There is a lot to do,” underlines the head of the editorial union.

The ministry is working on a new Reading Promotion Plan that is expected to be presented in the summer and in which all the sectors involved are already working, as the minister, José Manuel Rodríguez Uribes, recalled today.

“Reading is a fundamental pillar of culture. Reading makes us free ”, he stressed.

Women continue to be more readers than men, especially in the 45 to 64 age group, in whom between 76.5 and 77.9 of all women read them. “There has always been a positive gap and it has increased during the pandemic,” said María José Gálvez, general director of the Book and Promotion of Reading.

The reading of books on devices remains on the rise, as in the last ten years. One of the surprising figures from the study is that at least 6.2 percent of readers do so on mobile phones.

Another of the lights and shadows of the report is the way to access books: traditional bookstores rise four points (67% to 71%) as the first option, but libraries have fallen from 32% to 23% due to the pandemic, despite the gradual rise in recent years.

Piracy continues to be a scourge for the book industry. In 2020 legal downloads increase, but illegal ones continue to be the majority with 55 percent of the total.

Children’s literature also improves: the strongest group is 10-14 years, where three out of four minors declare themselves frequent readers.

The balance of this “strange 2020” by publishers is uneven, as noted by Tixis. The fiction, non-fiction and youth literature market has done well, but the falls in exports were around 40 percent and the textbook contracted 10 points.

The confinement and cancellation of San Jordi and the Madrid Book Fair have been very detrimental to the sector, but on the other hand, neighborhood bookstores saw “a massive influx” after the confinement and in the last months of the year.

“We will have to continue rowing, although we feared it would be worse,” he said.