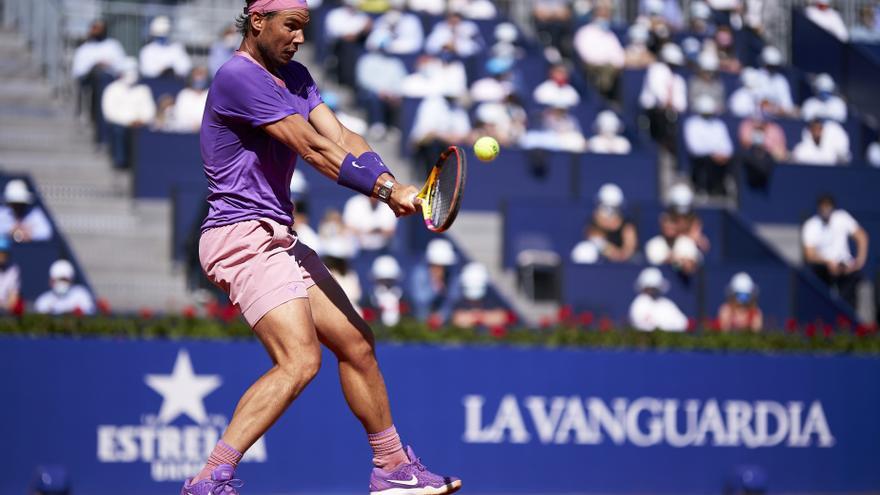 When Stefanos Tsitsipas succumbed with a crash (6-2 and 6-1) against Rafael Nadal at the end of Barcelona Open Banc Sabadell-Conde de Godó Trophy In 2018, she was a 19-year-old girl ranked 63rd in the rankings who was entering the last round of a tournament for the first time.

Three years later, things have changed a lot on the circuit, to the point that Nadal, third world racket, the 'king of the earth', the thirteen-time Roland Garros champion, the eleven-time Godó winner, admitted this Saturday what Tsitsipas may be "favorite" this Sunday and that is something that he will have to "assume" when he jumps to the center court of the RCT Barcelona-1899 that bears his name.

Nadal, at 34, seems to naturally admit that generational change. He knows that he needs to compete in 2021, that he has been improving day by day, game by game, in this Godó, but that tomorrow it is normal for Tsitsipas, the fifth racket in the world, to demand that he play at a level that he has not yet reached. this course.

The Mallorcan started the Barcelona Open by going back a set against the unknown Ilya Ivashka (3-6, 6-2 and 6-4), a Belarusian tennis player from the previous phase, and also giving up another set against a two-time Godó champion who does not go through his best moment as the Japanese Kei nishikori (6-0, 2-6 and 6-2).

Improved a little more against the British Cameron norrie (6-1 and 6-4), and today, in the semifinals, he offered his best version (6-3 and 6-2) against the also Spanish Pablo Carreño, thirteenth racket in the world and sixth favorite in Barcelona, ​​which he has beaten in the eight clashes between the two.

The Tsitsipas thing has been, instead, a military walk since his debut against the Spanish Jaume munar (6-0 and 6-2). Then, he has dropped three seeds without losing a set: the Australian Alex de Miñaur (14), by 7-5 and 6-3; to the canadian Felix Auger-Alissime (10), by 6-3 and 6-3, and this Saturday to the revelation of the tournament, the 19-year-old Italian Jannik Sinner (11), whom he also defeated by a double 6-3.

In none of his games this week did he spend more than an hour and 24 minutes on the court. And he comes from winning his first Master 1,000 in Monte Carlo, the sixth tournament of his career and the second on clay after that of Estoril 2019.

But Tsitsipas knows that Nadal is something else. In their direct duels, the balance is still clearly favorable to the Balearic Islands (7-2), although in the last match between the two the Hellenic defeated the Spanish in the quarterfinals of the Australian Open.

Stefanos Tsitsipas also knows what it is to beat Nadal on his favorite surface, as his other victory over the Manacor came in the semifinals of Madrid 2019.

This Sunday, in the central court of RCT Barcelona, ​​a generational duel will be experienced again between one of the components of the 'Big Three' and one of the most talented tennis players of the new generation.

"He is a very complete player. He has spectacular forehand and mobility, he is very aggressive, he goes forward fast and serves well. It has no weak points ", Rafa Nadal stands out over his adversary.

And it is that the 'king of the earth' insists that this final will be different from most of those that have played in Barcelona. "Tomorrow I have a lot to gain and little to lose. Let's see what happens ", sentence.