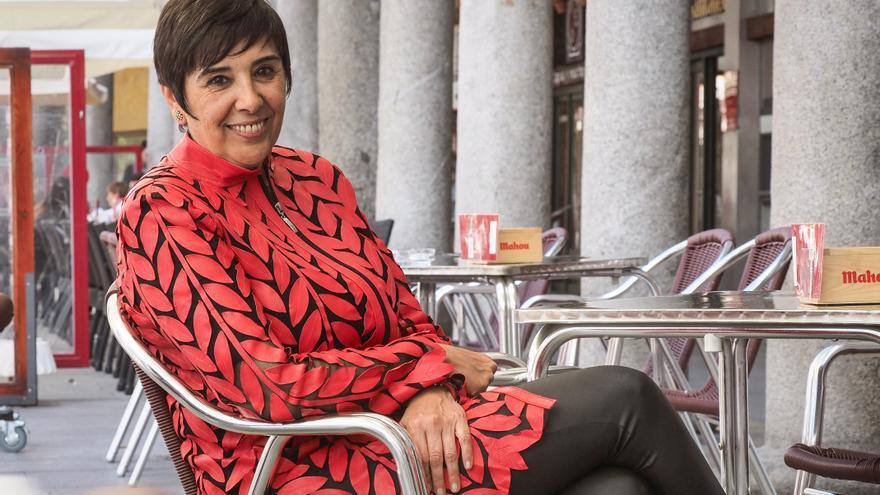 The journalist Nieves Concostrina does not know how to write for children, but has done it with “calzón removed” in ‘History in trouble. 5 remarkable, 4 outstanding and a cress’, where with his agile and accurate verb he addresses the life of Cervantes, Miguel Ángel, Marie Curie, Isabel de Braganza or Fernando VII.

Convinced that the children of today have “nothing to do” with those of decades ago, Concostrina presents these contextualized biographies chosen because with them he also tells how machismo, homophobia, religion or the monarchy (the latter two, the “brown beasts” of humanity) have prevented the development or happiness of these illustrious characters.

“When I write a character’s script, I don’t think I’m funny, I’m just looking for interesting stories“This journalist, an inveterate reader of history and religion books, tells Efe, because only in this way can she assure that there is” nothing new “in what she tells because historians have already told it before, the difference is how she does it.

And here he does not recognize any merit either, so that to explain who Michelangelo was she chooses to define him as a “beast” because that is how he would have liked to be told the story of the creator of David by his teachers.

“I got bored teachers, but now many teachers who like my work write to me, although there are many who do not even know how to tell the history of Spain because it does not even reach the Civil War. To understand what happens to us, it is important to know the history of now, but it seems that the Neolithic is more important, and I am not saying that it is not important “, criticizes this radio voice that every day tells us a passage from the past.

Throughout these pages, published by Montena and illustrated by Alba Medina Perucha, Concostrina will not only immerse children and adults in the years when Michelangelo created David, but also you will remember why Isabel de Braganza is the true creator of the Prado Museum and not her husband, the “cress” of Fernando VII to whom he dedicates a biography in which José I Bonaparte overshadows him.

“Cress is the least I can call it. He is my scapegoat because in him all our misfortune is summed up, all the evils that the Bourbons have brought us to Spain “, explains the Madrilenian about this king who” helps to understand many things. “So much so that when they ask her why she has such a mania, she responds:” And you no?”.

To this gallery of characters are also added the biographies of Galileo Galilei, the protagonist of a story that has “chicha” because he not only discovered the Galilean moons, but also improved the telescope and confronted the Church because according to his theory “satellites, stars and planets moved to their ball, and without asking permission from the Pope of Rome “.

And it also narrates that of Marie Curie, who despite being the first woman to win a Nobel Prize and the first also to teach at the Sorbonne in Paris, died without being able to enter the French Academy of Sciences for the simple reason of being a woman.

A recognition that never came, as it almost happened to the actress and scientist Hedy Lamarr, inventor of the “spectrum spread by frequency hopping”, the germ of what we know today as Wi-Fi. In his list of his “outstanding”, a word that has been in the dictionary for two centuries RAEThere is also that of Princess Juana, but the author focuses on the “sit-in” of her boyfriend, Prince Felipe.

If machismo is present in these biographies, homophobia is in that of Harvey Milk, the first “openly” gay politician in the United States whose struggle for his collective describes Concostrina because he was the one who “broke his face.”

Added to this list of lives are those of “poor” Gideon Mantell, who did not have a good time because he was the first great dinosaur scholar and suffered great reprisals because, according to Concostrina questions, “how do the naive Does that crazy novel called the Bible believe that the world is six million years old if dinosaurs roamed this planet 145 million years ago? ”

The Church, specifically the order of the Trinitarians, is also present in the biography of Cervantes, focused on his captivity in Algiers and how it was his family that raised the money necessary for his release. “Andrea and Magdalena, those who have gone down in history as ‘las cervantas’, got as good money as they could, and apparently, doing things that in other circumstances they would not have done,” says Concostrina.

With this book the author returns to offer a work with which to bring history closer, because only through knowledge will it be avoided that we are “zotes” who can be manipulated: “The history of religion is fundamental, I know religion more than a Catholic but they do not want to study because you would become an atheist, “he concludes.