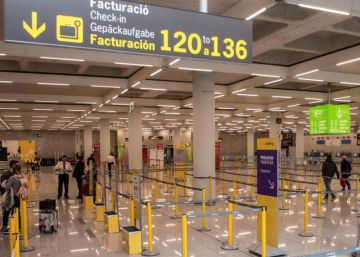 The coronavirus and the quarantine imposed by the Government to contain the spread of the disease have cut short the plans of millions of consumers who, either by obligation or by precaution, will not be able to enjoy certain services that they contracted before the outbreak of the health crisis. . At least for now.

School trips, classes in academies, hotel nights … The list of suspended activities is endless. Many are asking at this point if they have the right to change their reserves or, at least, to recover the money. Experts warn that the consumer does not have all of them, taking into account that the law does not contemplate some of the most common situations that the pandemic has caused. The success of the claims will therefore depend on the circumstances of each case and the fine print of the contract.

Tickets for football matches, concerts and other shows

With the entry into force, last Saturday, March 14, from the state of alarm the suspension of all scheduled public events, festivals and parades.

Organizing companies are generally trying to postpone the different shows to reduce the economic impact of the measure. However, as Esperanza Palacio, a lawyer for Reclamador.es, points out, “if the new date does not go well for the consumer, of course they will have the right to claim the amount of the entry paid for.”

Gerardo Ruiz, a lawyer for Legálitas adds that “events that lose their reason for being cannot be delayed.” As, for example, a box to see the Holy Week in Seville or a concert for the Fallas de Valencia. In these cases, he says, companies will have no choice but to return the money.

The state of alarm has also meant the temporary closure of premises and non-essential businesses, including gyms, school canteens and language academies. When the Royal Decree was issued, many users had already paid the monthly fee and even quarters and entire courses. Can they stop paying?

Esperanza Palacio, stresses that the law does not currently provide a solution for temporary contracts or successive contracts that have been suspended for a reason other than the company, such as the coronavirus and the restrictions approved by the authorities to prevent its spread. For this reason, he believes that the most advisable thing is that consumers “contact companies to claim the proportional part of the quota or, where appropriate, to evaluate other options.” For Gerardo Ruiz, “the most logical thing would be for the service provider to return the money to the user, or for both parties to reach an agreement.”

It is possible that the user bought a product in a physical store that gave him the option to exchange it within 30 days and that the establishment is now closed. Last Tuesday, March 17, the Government suspended all repayment terms to avoid unnecessary trips. Therefore, the customer can exchange the item when the alarm state ends, without any problem.

Health authorities advise against traveling, unless strictly necessary. Renfe has launched a service to change or cancel tickets at no cost to all passengers who plan to travel on dates after the declaration of the state of alarm.

Bus lines have been affected by the decrease in the number of passengers. If the trip is canceled, the amount of the ticket must be returned. Now, if it is the passenger who wishes not to travel to a risky area or modify his reservation as a precaution, he will have to contact the transport company and check if facilities are being provided to change the date of the ticket or directly cancel it . In other words: there is no rule that forces the automatic return of money in these cases, however justified they may be, and everything will depend on the cancellation policy of each company.

Although Spanish airspace is still open and the different airports have not stopped operating, more than 110 countries have prohibited the entry of Spanish travelers or they are forced to quarantine once they cross their borders.

In this context, many companies have chosen to suspend or reduce their connections with Spain. As stated European legislation, passengers affected by the cancellation of a flight may choose between reimbursing the ticket or traveling on another date. Of course, they may not demand any type of compensation.

But what if it is the passenger who wants to cancel the trip because they are sick, or simply because they do not want to take risks? Once again, we are faced with a legal loophole that could cost more than a consumer displeasure. In fact, according to Esperanza Palacio, the traveler who decides not to travel on the Covid-19 will lose their money unless they have a fully comprehensive insurance policy and the doctor has granted them sick leave.

Even in this case, he clarifies, it must be borne in mind that insurers often expressly exclude pandemic coverage. Hence, the lawyer recommends canceling the trip “for any reason” contained in the insurance contract and without referring to the coronavirus.

The Government has agreed to close all hotels and tourist accommodation throughout the national territory, starting Thursday, March 26. As this is a decision of the Executive, supported by a health emergency situation, clients will be able to recover the reservations they make from that date and until the alarm state ends.

The legal situation is complicated when it is the consumer who decides not to stay in an establishment that is located outside of Spain and does not have full risk cancellation insurance. In the opinion of some jurists, the interested party could allege causes of “force majeure” when an international pandemic has been declared.

Others point out, however, that the statements and recommendations of the World Health Organization (WHO) should not be confused with circumstances that prevent the use of a hotel room anywhere on the planet. In any case, Esperanza Palacio insists that “it is advisable to speak with those who have contracted the accommodation to try to make the changes or, where appropriate, the relevant cancellations, more flexible.”

Canalejas sells all its luxury apartments, with prices of up to 11 million | Companies