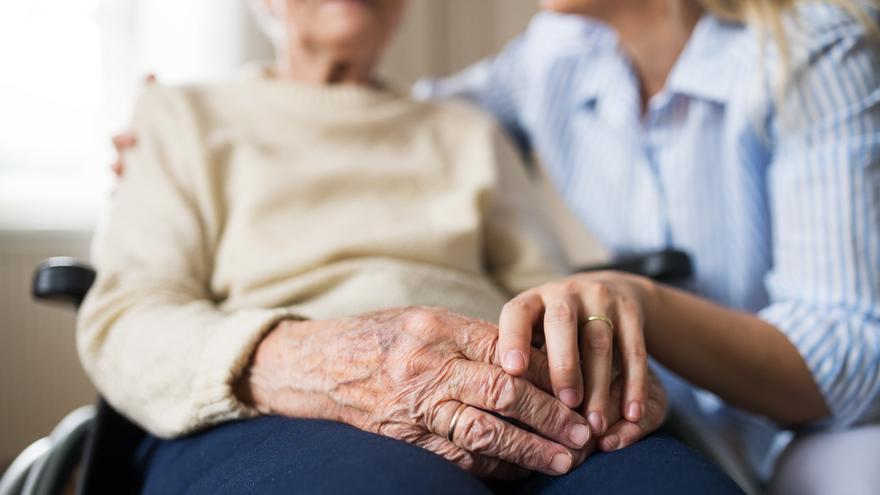 A woman has denounced that last Thursday she accompanied her grandmother to the University Hospital of the Canary Islandsin Tenerife, and that despite the fact that she warned that she suffers from Alzheimer's, they did not allow her to be accompanied, and she added that the problem is that hours later the woman disappeared from the hospital.

The woman He left the hospital on his own during the afternoon of Thursday and appeared at his house, about 8 kilometers away.his granddaughter, who has denounced what happened so that it does not happen again, told Efe on Monday.

The next day, the family filed a claim in which they explain that at 11:41 a.m. on February 24 they entered the emergency room with their grandmother and were denied the possibility of accompanying her.so her relatives remained in the waiting room and frequently asked about the grandmother's situation.

Charlotte Diazwho this Monday has returned to the hospital with her grandmother, has said that now she enters with her even if she has problems, and has recognized that the health personnel are overwhelmed as a result of the pandemic, and for this reason she understands that it will be necessary to hire more workers.

sources of University Hospital of the Canary Islands They have regretted any incident and have recognized that if she suffers from Alzheimer's she should have entered accompanied, so they will consult with the corresponding services to find out what has happened.

The sources have explained that the rules have changed since last Friday, since, as the indicators have improved, Tenerife has lowered the level of restrictions, and for this reason the accompaniment protocol has been normalized.

As stated in the complaint filed with the hospitalat 2:45 p.m. they were informed by telephone that the grandmother had been assessed by the nursing team and that she was awaiting medical evaluation.

It is also indicated that relatives they insisted grandma had alzheimer's and they asked to accompany her, but "they deny it to us again, alleging protocols."

In the complaint letter it is said that at 7:08 p.m. they contacted the emergency service again from the waiting room and gave them the same information as hours before, and that the patient must be under observation because no more information appears in the screen.

Until 7:50 p.m., the message "initial clinical evaluation" continues to appear on the information screen in the waiting room, for which the relatives insist that the patient suffers from Alzheimer's and that at that time without medication and without eating it is not the most convenient, and the answer is that "it is an area that does not allow visits", is added in the complaint.

At 7:51 p.m. on the screen of the waiting room the message "high" appears in relation to this grandmother, so the family goes to the counter but "the patient's file does not appear, nor the patient", so They go to admissions, where "their report is recorded" and it is verified that at 6:10 p.m. "the patient was called and, in the absence of her absence, she was discharged from the service."

It is also noted in the complaint that the granddaughter received a phone call from a neighbor of her grandmother announcing that her grandmother is at the door of her home, "about 8 kilometers away, wet and asking for her relatives."

They emphasize in the complaint that "this indicates that before 6:10 p.m. the patient had left the emergency service and the hospital compound, and that despite having warned that she suffered from Alzheimer's and having it specified in the report, no one was monitoring her and no one was I had noticed his absence.

At 9:43 p.m. "he goes to look for the home and returns to the emergency service, fortunately without any major consequences that we could regret."

The relatives understand that there has been serious negligence "by allowing a patient with this pathology to be removed from the hospital facilities, without anyone realizing it, and even more serious, having been warned of the need to be accompanied for a relative".

They consider that by denying the possibility of accompanying her, they should have considered other options to prevent what happened later.