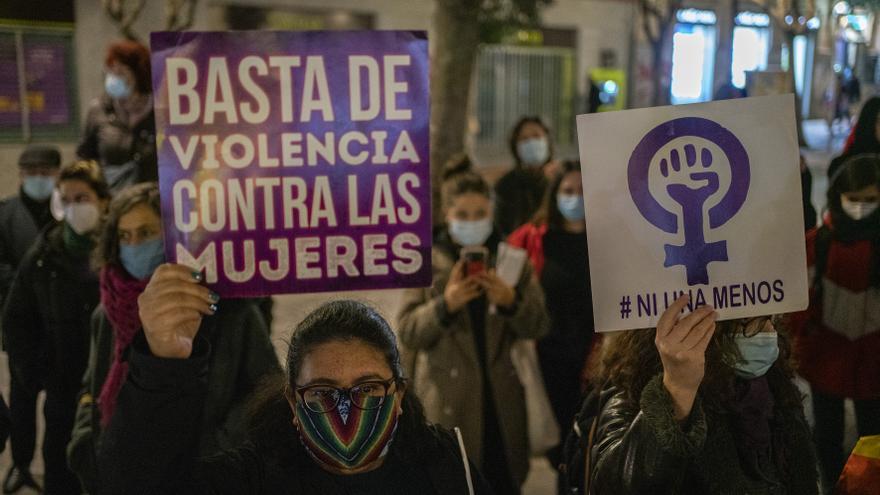 The coronavirus pandemic continues to impact judicial indicators to measure gender-based violence, although at a much slower rate than at the beginning of the crisis. During the summer months, 42,854 complaints have been filed, according to the latest data from the Observatory against Domestic and Gender Violence of the General Council of the Judiciary (CGPJ). The figure is still lower than that of the same quarter of 2019 (5.08% less), but it is very different from that registered in home confinement. If we compare with the second quarter, the most affected, complaints have increased by 24%.

The end of the state of alarm has caused them to return to a level similar to that of the previous months and “very close” to those of the same period last year, the CGPJ explains in a statement. The same occurs with the number of women who appear as victims, which have been 41,513 -a woman can file several complaints-, 4.29% less than in 2019, but 24.5% higher than between May and June of this year. Seven out of ten complaints were filed by the victims themselves and only 0.11% of the total came from their environment.

The trend is repeated with protection orders: 12,179 have been requested, slightly less than the 12,727 in the same quarter of 2019. If we compare it with those requested during the second of this 2020, we find that they have risen 16%. The proportion of those agreed remains stable, standing at 71%. Again, the most frequent measures were the restraining order and the prohibition of communication. As for civilians, only 2.5% of the time the visitation regime with the sons or daughters of the alleged aggressor was suspended. In more than half of the cases (51.1%), the victim had an emotional relationship with the aggressor at the time he requested the protection order.

For Ángeles Carmona, president of the Observatory against Domestic and Gender Violence, the figures reveal “the difficulties that the victims have had during confinement to ask for help by going to the police station or court,” something international organizations warned about . In fact, the decrease then does not mean that there were no situations of gender violence, and proof of this is the enormous increase in calls to the victim assistance phone 016, online consultations and the WhatsApp for emotional and psychological support launched by the Ministry of Equality.

However, and despite the rise in complaints in this last quarter, associations and experts warn of the consequences of the pandemic for more victims in the medium and long term, including: the loss of economic autonomy to break violent relationships due to the effects on the labor market and the precariousness that is unleashing the crisis.