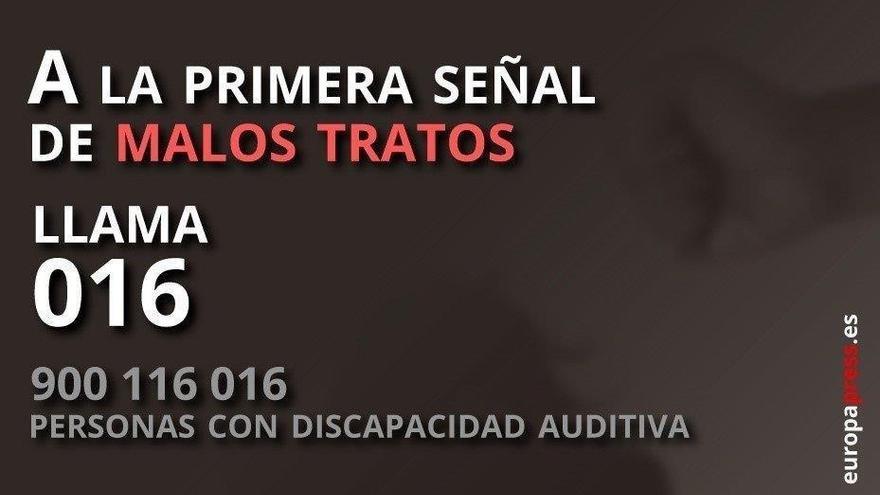 The Canary Islands judicial bodies with powers in cases of Violence Against Women (VSM) have registered 2,520 complaints during the third quarter of 2020, which has meant a decrease of 6.7 percent compared to the same period of 2019, reported today in its quarterly newsletter the Observatory against Domestic and Gender Violence of the General Council of the Power of attorney.

The third quarter covers the study period from July 1 to September 31, time in which it returned to normal after the health alarm that led to the confinement in Spain between March 15 and June 21 due to the coronavirus.

Anyway, The Canary Islands registered the third highest rate of alleged victims of abuse in Spain in the third quarter of the year with 22.9 out of every 10,000, a figure that was only surpassed by the Balearic Islands (28.4) and the Valencian Community (23.5).

On the other hand, with regard to resignations in the Canarian courts, that is, the cases in which the alleged victim takes advantage of the dispensation from the obligation to testify as a witness, fell by 23 percent ( from 452 in the summer of 2019 to 348 in this year).

Regarding convictions, in the Canary Islands 732 people were tried for alleged crimes of Violence against Women, 2.1 percent more than in the same study period of the previous year, 677 being convicted, which is 92.4 percent.

A total of 951 women victims of gender violence – 16 percent of the total – availed themselves of the dispensation from the legal obligation to testify against their aggressors. This figure is very similar to what was recorded a year ago.

The fact that a woman victim decides to avail herself of the dispensation from the legal obligation to testify does not always mean the end of the judicial process, since the Prosecutor’s Office always acts ex officio against crimes of gender violence.

The president of the Observatory against Domestic and Gender Violence, Angeles Carmona, has indicated that the number of complaints registered in the third quarter of the year is “a clear proof of the difficulties that the victims have had during confinement to ask for help by going to the police station or court.”

Although the total number of complaints is somewhat lower than those registered in the same period of 2019, the data shows that they return to very similar figures.

Carmona wants once again to show its support for the women victims, whom it encourages to denounce, to make the institutions aware of the situation of violence they are experiencing; the complaint is the only way for the institutions involved in the fight against this scourge put in place all the measures of protection and support for the victim, and all the mechanisms aimed at the prosecution, fair and with all the legal guarantees, of the abuser “.

In light of the statistical data, the president of the Observatory has also insisted on the need to involve the victim’s environment. The percentages of complaints filed by relatives are still very low.

Only 2.40 percent of the registered complaints were filed by the people closest to the victim. “The devastating psychological effects that gender violence causes on women should not be forgotten; the fear of reprisals, the terror for their sons and daughters, the feeling of guilt, shame all of this grips the female victims when it comes to make the decision to report what is happening to them, “he said.

Ángeles Carmona recalled once again that the victims are not alone, since there are many professionals who work in the fight against gender violence.

They are judges (more than 1,000 in Spain), prosecutors, lawyers from the Administration of Justice, members of the State Security Forces, lawyers, civil servants, forensic doctors, psychologists, social workers, etc., all of them trained in the field. violence against women and from a gender perspective, and all of them committed, each one from their sphere of responsibility, to helping the victims and their children.

Although much progress has been made in Spain in recent years, Carmona concludes, “the institutions must continue to work in the same vein, placing great emphasis on specialized training, with the ultimate goal of definitively eradicating gender violence from our society.”