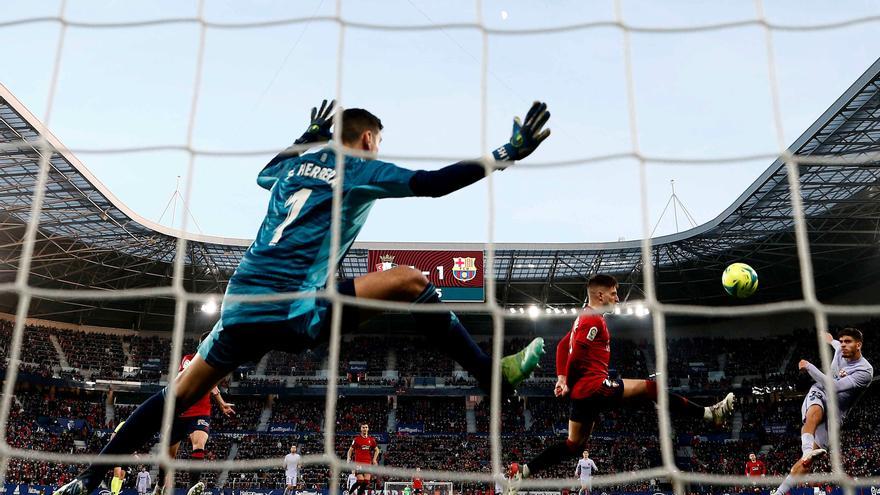 Telefónica and Dazn were awarded this Monday a new and millionaire auction of soccer broadcasting rights in Spain. The first acquired five games per day and three exclusive games. The second, the other five games each weekend. Together they will pay the clubs, through their employer LaLiga, 4,950 million euros. They will be in charge of broadcasting first division football, in the absence of knowing if they resell the rights so that third parties can also exploit them, during the next five seasons. However, the last word will be given to the National Markets and Competition Commission, which, on the one hand, opposed the duration of this contract proposed by LaLiga; and on the other, it will analyze whether Telefónica does not comply with the agreement with the commitments it assumed when it bought Digital +.

The auction has had two novelties compared to the previous one, held in 2018 and whose rights expire at the end of this season. The first is that Telefónica will no longer be the owner of most of the games, but will share the days with Dazn. For the first time, a streaming platform enters a business once controlled by operators or production companies such as Mediapro. The second, that the process has been closed for a period of five years, instead of the three years that were to date and in most markets.

This second aspect has two derivatives that involve the CNMC. With regard to Telefónica, the telecommunications company assumed a series of commitments with the CNMC in order to carry out the purchase of DTS, the Digital + company, owned until then by Prisa. One of them limited the duration of contracts for sports competitions in which Movistar could participate to three years. Thus, the five-year award would not meet that point.

Consulted on this matter, CNMC sources point out to this medium that these conditions can be modified, as stated in the report that approved that merger, but that this requires a deliberation in the council of the organism, reason why it does not venture if they will finally be changed or not. They also avoid giving deadlines, since the process is somewhat complex. From Competition they point out that it is necessary to assess whether the contract involves a "relevant modification in the structure or regulation of the markets considered." In addition, it would also be necessary to define whether "it is still necessary" to maintain the commitments to solve the competition problems derived from the purchase of Digital +. If it is finally decided to maintain the three-year limitation, "the CNMC will assess that Telefónica's behavior is compatible with the resolution for the authorization of concentration –of Digital + - and compliance with the commitments."

Telefónica already warned in its statement on Monday night at the National Securities Market Commission (CNMV) that the five-year award was pending from the CNMC. "The award covers the cycle 2022/2023 to 2026/2027 although the seasons 2025/2026 and 2026/2027 are subject to the CNMC lifting or modifying the resolution that limits Telefónica the maximum duration of the contracts for the acquisition of sports rights ". Hence it follows that the company would limit the impact of a rejection by the CNMC only to the last two seasons, and not to the award as a whole.

But the CNMC also charged LaLiga last October for its intention to extend the duration of the contract from three years to the five in which they were finally awarded. Competition had to assess the specifications presented by the professional football association in Spain for this auction and it did so emphasizing its rejection of LaLiga claiming that there were offers for more than three years. He came to brand it as "contrary to the regulations" and "disproportionate".

The football association justified to the CNMC that it would be more profitable for those who achieved the award and for the end customer, "a price reduction" would be achieved. The report, which LaLiga considers non-binding, points out that "these alleged efficiencies" do not serve to guarantee "the duration of the contracts contrary to EU competition regulations." For this reason, it considers that this contradiction between the specifications and the television rights auction law itself –which establishes a maximum period of three years– "forces us to withdraw the possibility of submitting offers for four or five years." "The principles of publicity, competition, transparency, equality and non-discrimination that should govern these tenders would be affected in the competition component in the event of raising the duration to four or five seasons," said the agency.

One of the commitments of the aforementioned agreement between Telefónica with the CNMC to buy Digital + is that it is obliged to offer content such as football in the wholesale market so that other rivals can offer them on their platforms. In the previous auction, in 2018, Telefónica took control of practically all the audiovisual rights, except for the open game. Vodafone withdrew, but Orange decided to continue offering football to its subscribers, for which it had to pay Telefónica annually.

From next season the situation will be different. Telefónica has advanced its intention to continue offering all league matches. The company and Dazn already have an alliance whereby the streaming platform broadcasts its content on Movistar + and could expand it to the corresponding parties. It will be different for Orange. Until now, it benefited from the fact that Telefónica was obliged to resell the exploitation of audiovisual rights -although he has protested on different occasions about the price- but, after the auction, almost half of the parties will not depend on the old state monopoly.

Asked about it, the French company avoids assessing the auction result or confirming whether they will continue to bet on football from next season, when the current contract expires and the new one comes into force. If you do, and if you bet on offering all league matches, in addition to going to the wholesale sale to which Telefónica is obliged, you would have to negotiate with Dazn. With one difference: the Spanish telecom is forced to offer this content, but the streaming platform is not. Neither Orange nor Dazn have wanted to assess this scenario.

In addition to Telefónica, Dazn, LaLiga, the CNMC and Orange, this Monday's auction also has a derivative for another actor: the CVC fund. This investor reached an agreement with the employers, which was definitively closed this weekend, by which he allocated slightly less than 2,000 million euros for the clubs in exchange for receiving 11% of the television rights. Real Madrid, Barcelona and Athletic de Bilbao remain outside, the only teams that rejected this contract. The new contract will be the first to benefit CVC, which has signed a 50-year contract.