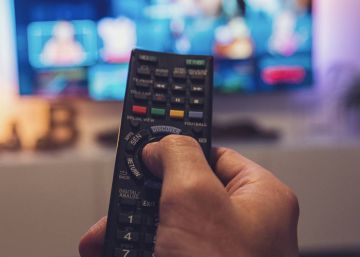 The National Commission of Markets and Competition (CNMC) has confirmed the million-dollar sanctions against the Association of Intellectual Rights Management (AGEDI) and Performers of Spain (AIE) for abuse of a dominant position by imposing “unequal fees and discriminatory ”to the television operators in open. A resolution of the agency, issued on January 9 and which is now made public, sets the fine for AGEDI at 1.8 million and 1.3, which must be paid by IEA. The same document grants a period of two months to present a contentious-administrative appeal.

Televisions, like other users, pay management entities for the use of their work catalogs. However, broadcasters have criticized the rates established by these organizations for years. Specifically, AGEDI is responsible for the rights of music producers and its steering committee is composed of representatives of the main multinationals, Sony, Warner and Universal, among others. IEA, on the other hand, collects and distributes the income by the Copyright of musical artists.

In 2012, Competition issued a resolution stating that the rates were "inequitable and discriminatory" and imposed fines almost identical to those that have now been confirmed: the sanction for IEA was exactly the same, while that of AGEDI amounted to 1 , 9 million. But both entities filed an appeal before the National Court: on April 10, 2015, the court considered the position of dominance proven but forced to recalculate the fine. AGEDI and AIE then filed an appeal to the Supreme Court, which dismissed it in a ruling dated March 7, 2018. From there, Competition requested information from the two entities about their turnover and finally stressed the penalty in the resolution of January 9 of this year.

"The abuse is derived from several factors," defends the resolution. The first, according to Competition, consists in "the existence of a mandatory linkage of the general rate for public communication rights of phonograms on television with advertising revenues and user subsidies." "The different offers of consideration systems made by AGEDI and IEA have an unequal character and do not serve as a basis for negotiating a fair compensation system based on use," the document continues. And he adds another reason why he concludes that there is an abuse in the establishment of rates: "The application of more advantageous conditions to some television operators than to others without justified criteria, creating obvious differences in treatment."

In addition to televisions, the Spanish Association of Commercial Broadcasting (AERC), which integrates the main radios, has also maintained a conflict with AGEDI and AIE regarding their rates for a decade. In 2015, Competition sanctioned with 2.79 million euros to the two entities - 1.6 million for AGEDI and 1.2 for AIE - for the same reason: abuse of a dominant position by setting "discriminatory and inequitable commercial rates and conditions for radio stations". And, in December 2018, the same agency He again criticized the rates imposed on the radios by considering that they failed to meet the criteria set forth in the Intellectual Property Law and that there was no justification for the price increase established by the two entities.