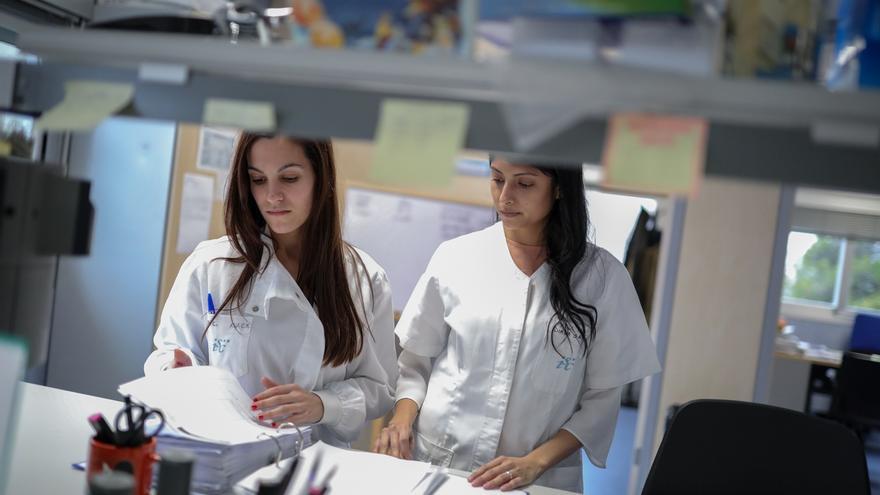 Companies with more than 50 workers will have to do salary audits that evaluate and value jobs with “objective and adequate” criteria to avoid the gender gap. In addition, equality plans must be registered in the register of agreements (until now it was not mandatory), but only companies that have negotiated them can do so. In other words: companies can no longer call unilateral documents ‘Equality Plan’. After months of negotiation, the Government and the UGT and CCOO unions sign an agreement on Tuesday that includes two regulations on labor equality to which el Diario has agreed. The employers, sitting at the dialogue table almost to the end, finally decided to drop out of this pact.

The two regulations develop the labor equality standard approved by the former Executive of Pedro Sánchez in March 2019. The Ministers of Labor and Equality, Yolanda Díaz and Irene Montero, the CCOO Union Action Secretary, Mari Cruz Vicente, and the Deputy Secretary General of the UGT, Cristina Antoñanzas, sign an agreement resulting from social dialogue, the latest of several and, yes, the only one that, at the moment, the CEOE has refused to sign. Government sources regret that the employers have not joined after “months of work in social dialogue”. “Many employers would have liked to be part of this agreement, which represents a new milestone in the advancement of effective equality in the world of work,” they point out.

The regulation on equal pay confirms what the norm approved: all companies, regardless of the size of their workforces, must have salary records by category and sex that include salaries and supplements, but also any extra-salary perception. If in any case the difference between one sex and another is 25% or more, companies must justify in writing why the gap is due. In any case, a minor difference does not mean that there is no discrimination, it only avoids the obligation of a formal justification.

The workers’ representatives must have access to all the information, which must include salary averages but also medians. The medians measure the differences more effectively when they are more bulky and, therefore, become more complete references in the event that there is a gap. In the event that there is no union representation in that company, any person may have access to the information, although in a more basic way: they will not be able to consult all the salary values, but the employer must provide the difference percentages.

Companies with more than 50 workers will be required, in addition to registration, to do a salary audit that evaluates and values ​​each job. The regulation specifies the criteria that these audits must meet, which must also include action plans to combat differences. Their salary record should be more complex and group jobs to calculate differences by sex, not only by category or professional group, but also by jobs “of equal value”,

Precisely, the text normatively develops the concept of ‘equal wages to work of equal value’: jobs of equal value must have equal wages. And what is it and how is that equivalent value determined? “A job will have the same value as another when the nature of the functions or tasks actually entrusted, the educational, professional or training conditions required for their exercise, the factors strictly related to their performance and the working conditions in which said activities are carried out actually are equivalent “, includes the text, taking up the definition that the standard already included in its day and specifying it more in various descriptions.

It brings a novelty, the inclusion of the criteria of “adequacy, completeness, objectivity”, that is, to set a salary value for a position must take into account criteria related to that particular job, also all the conditions that “singularize” that position and not just some, and there must be “clear mechanisms” that identify the objective criteria that determine the salary.

The regulation suggests some factors to take into account in all sectors and jobs, and not only in some. For example, “hardship and difficulty, forced positions, repetitive movements, dexterity, thoroughness, isolation, responsibility both financially and related to the well-being of people, versatility or extensive definition of obligations, social skills , the skills of caring and caring for people, the ability to resolve conflicts or the ability to organize “, although this is true, to the extent that they satisfy the requirements of adequacy, completeness and objectivity mentioned above.

All these obligations will come into force temporarily as the obligation to have an equality plan does: since March of this year, all companies with more than 150 workers must have one, in 2021 they will be those with more than 100 and those over 50 have until 2022 to do so. The obligations for those of less than 50, less exhaustive, will be valid immediately from their approval by the Council of Ministers.

The second regulation agreed between the Government and the majority unions is the one related to equality plans. The March 2019 rule extended its obligation, specified its minimum contents and decreed its registration, something that until now was not mandatory. The regulation details contents, form of negotiation and registration.

The text includes a novelty: in the event that there is no union representation in that company, the most representative unions in the sector must negotiate the plan. In addition, the plans must be registered in the Registry of Agreements (Regcon), which will change its name to refer to these plans, and in which only the plans that are negotiated can be notified. The sum of the two factors will prevent companies in practice from registering equality plans denominated as such that are unilateral and have not negotiated. An equality plan will, yes or yes, be a document of both parties.

It also specifies how to count the people who work in a company to determine the threshold that requires having an equality plan: the number of personnel that exists at the end of June and the end of December will be attended, and the contracts that would have been in the previous six months and that had been extinguished. If that number adds up to 50 or more, they will have to have an equality plan in the corresponding year.