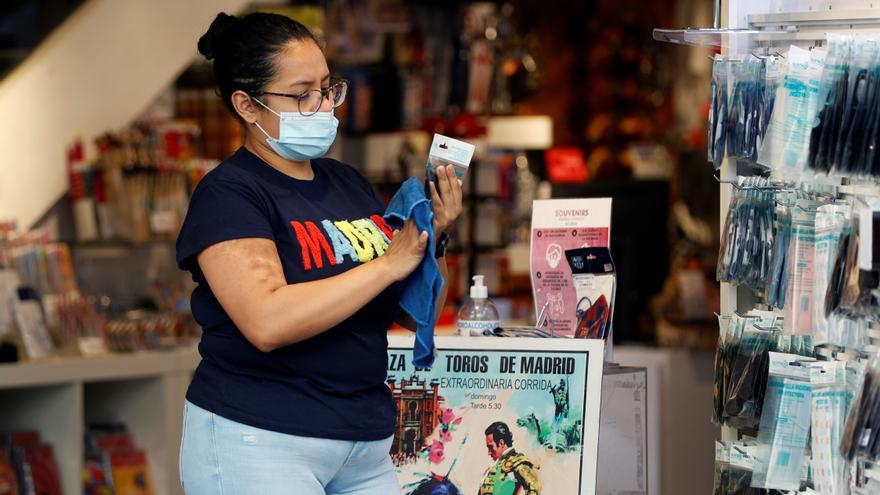 Final stretch for companies with between 50 and 100 workers to approve their equality plans. On March 7, the three-year adaptation period that the first Pedro Sánchez Government gave to these companies, some 12,000 active according to INE data, ends to have the measure ready.

These plans seek to identify the challenges in terms of equality in the workplace, such as the wage gap or the so-called “glass ceiling”, and solve them through concrete measures. Failure to comply with this obligation is a serious offense, sanctioned with fines ranging from 751 to 7,500 euros, each year more persecuted by the labor authority.

In 2021, the Labor and Social Security Inspectorate carried out “more than 2,200 actions” on equality plans, 47% more than the previous year (which was already a record then), according to data provided to elDiario.es by the Ministry of work. The investigations have concluded with “163 infractions”. The sanctions therefore quadrupled, with an increase of 329%, since in 2020 there were only 38 sanctions for this reason.

Among the sectors with more companies that have between 50 and 100 workers, and that will be obliged to present equality plans between now and March, the first stand out, according to the INE data, the wholesale trade (1,219 ), education (1,217) and assistance in residential establishments (512), activities –especially the last two– highly feminized.

During this time, the Pedro Sánchez government became a coalition with United We Can, and the legislation on equality plans has been expanded. The Ministry of Labor negotiated the regulations with the social agents to detail the fine print of these plans, what they should collect and basic issues such as the obligation to be publicly registered. The regulation, which forces companies with equality plans to carry out salary auditsIn the end it was only supported by the unions.

In January 2021 the regulation of equality plans came into force, which also marks a relevant date this week. This Friday, January 14, ends the one-year period that the Government gave to the agreements that were already in force to adapt to the new requirements of the regulation, such as the aforementioned salary audit and the public record of the plans in the Registry of Collective Agreements (REGCON).

The agreements available for public consultation in the REGCON reach only 4,381, so there are still many companies that have not complied with this obligation. The active companies that must do so are around 25,000, according to data from the Central Business Directory (DIRCE) published by the INE.

The public registry of equality plans was another of the novelties included by the Government, with the aim of persecuting non-compliant companies, since until now there was no public database to check whether or not companies had plans for this type.

As they recall in Labor, not registering the equality plan can be considered “a serious infraction typified in article 7.13 of the Law of Infractions and Sanctions of the Social Order, punishable with fines of up to 7,500 euros”.

“There has been a lot of change in a very short time, but this still has to roll more. That the equality plans really work,” says Cristina Antoñanzas, deputy secretary of the UGT and head of Women in the union. She was one of the negotiators of the regulation on equality plans and is at the table with the rest of the social agents to design guide documents for the companies and the workers’ representatives in this process, about which there is still considerable ignorance.

In April of last year the Ministry presented the IR tool! for the salary record by sex that all companies must comply with and a guide on “job evaluation” is pending publication, explains Antoñanzas. Social dialogue will also address another to do salary audits, he adds.

Antoñanzas also points out that companies must overcome some resistance, mainly to provide information to prepare equality plans. “In a plan the diagnosis of the situation in the company is basic, which is what will allow detecting problems and being able to solve them, but for this the company has to provide a lot of information, on salaries but also on reductions in working hours, rates of contracts, training, etc. Some are reluctant to do so and that prevents equality plans from fulfilling their objective “, points out the union official.