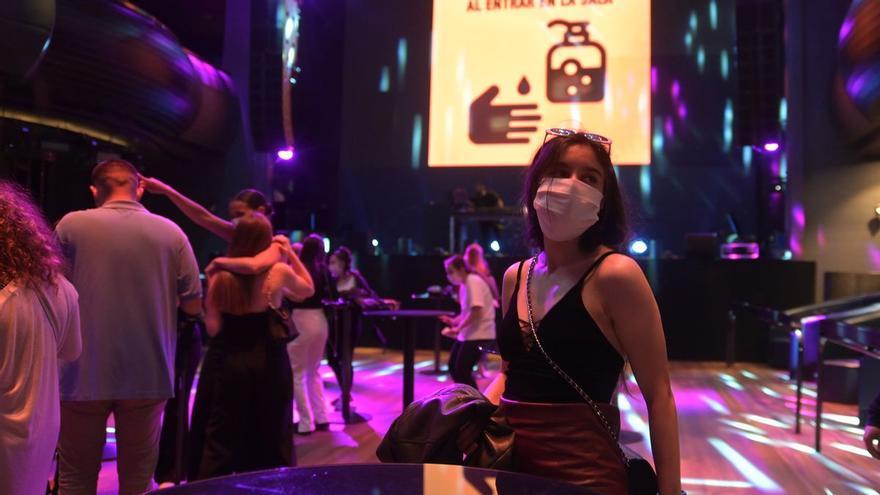 Communities begin to move before the spike in infections. With an incidence level of 96 cases per 100,000 inhabitants and 79% of the vaccinated population, the situation is far from what we experienced a year ago. But the trend is accelerating upward and the authorities are looking for tools to contain the advance of cases without having to enact restrictions that once again limit the life of the entire population. The COVID passport has re-emerged in this context as a possibility to use to, on the one hand, focus the demands on the unvaccinated; and, on the other, trying to encourage the laggards to get vaccinated. Coverage in Spain is enviable – much better than in European countries – but it seems stagnant.

The Basque Country has requested judicial authorization to require a vaccination certificate or a negative test to enter restaurants or nightlife in a last minute swing from your stance. Castilla y León has also announced that it is going to raise it because “we do not want to close,” said the Minister of Health, Verónica Casado. The Valencian Community, Aragon and the Canary Islands are also considering it.

Galicia and Catalonia currently have it in force for nightlife, but they want to expand it. The Xunta, to visits in hospitals; The Government has not yet specified it, but anticipates “complicated scenarios” for the coming weeks both for the Constitution Bridge and for Christmas and believes that expanding the use of the passport to other venues such as restaurants and gyms could be a way effective way to avoid new restrictions, informs Pol Couple. The TSJ of Murcia, after the request of the Government of López Miras, also endorsed it for discos.

Regional governments are autonomous to require a vaccination certificate or a negative test in public places whenever authorized by the courts. The limitations were set by the Supreme Court for the case of Galicia, but it is applicable to all: the implementation of the passport must be limited in time and in the territory.

However, there are already regional presidents who pressure the Ministry of Health so that the measure can be implemented with their approval without the need for prior passage through the courts. “It would greatly facilitate its possible application by each autonomous community“said the socialist Javier Lambán, whose government has already unsuccessfully requested authorization from the Aragon Superior Court of Justice in the past. This is not the first time that has happened. After the Supreme Court’s ruling in mid-October, the communities governed by the Popular Party took this same claim to the Interterritorial Health Council. “We continue in the same, judicial authorization is required to limit fundamental rights,” Minister Carolina Darias responded at that time.

The position of Health has not changed much since then, although Darias admits that it is an “open road” for regional governments, according to his latest statements at an event held in the Canary Islands. Epidemiologists see, with the announcements of the last days, a knock-on effect of the COVID passport in many communities. “It is the other contagion that we have experienced in the pandemic: a community takes one measure and it spreads in the others,” explains Pedro Gullón, epidemiologist and professor at the University of Alcalá de Henares.

But is this tool useful to contain the spread of infections? Gullón considers that it is “somewhat limited with community transmission and a high percentage of the vaccinated population.” “Although the unvaccinated have a greater chance of spreading the virus, they are few and, therefore, there are also infections between vaccinated people. If we restrict activities to only the first group, we leave all transmission between vaccinated people to circulate, even if it is more difficult. That is why It is not clear to me that this measure manages to contain a wave, but it is evident that it is easier to apply and does not have externalities (consequences) “, he observes. And he adds: “Nobody wants to go back to restrictions. Faced with an increase in incidence, if we put it in absolute terms, the hospital impact is very small, but you have to be prepared.”

Antoni Trilla, head of preventive medicine at the Hospital Clínic de Barcelona, ​​believes that the “risk of infection is not zero but is greatly reduced” if a vaccination certificate or negative test is requested for spaces where “disseminating events” may occur, that is, that a single case can infect many. “If we are all vaccinated we can still get it but it is more unlikely,” he said in an interview on La Sexta.

Health technicians do not mention the COVID certificate in the new document – still in the draft phase and with much debate ahead – to guide the restrictions based on a series of risk levels of the pandemic, measured through different epidemiological indicators and healthcare (incidence, ICU beds, positivity …), except in the case of mass events.

The text was debated this Tuesday in the Public Health Commission, where the general directors of all the autonomous communities and the Ministry of Health are represented, and ended up returning to the Alerts Report (Ministry technicians) after finding discrepancies. For certain levels of risk, it is recommended to limit the hours of the hospitality industry and even close the interiors, a cost that some communities are not willing to assume with the vaccinated population since that in principle does not endanger the response capacity of the hospitals. Immunization protects precisely from becoming seriously ill or dying from SARS-CoV-2.

The other objective of the COVID passport is to encourage people who have not yet been vaccinated to do so, even if only to avoid the inconvenience of taking a test to enter a bar. Gullón expresses “doubts” about whether he is really going to encourage that part of the non-immunized population “because they either have a lot of reluctance or severe access difficulties” and predicts “marginal” increases because coverage is already very high. “If we had more unvaccinated people, it could be a better stimulus, but in any case and by now we are clear that there are no absolute measures that always work or never work,” ditch the epidemiologist.

The latest round of the study that monitors the behavior of the population with respect to COVID-19 in Spain (COSMO-SPAIN) reveals that there is only 5% of respondents who say they do not want to be vaccinated. 51% say that the reason is that it may pose a risk to their health and 36% think that the vaccine will not be effective. Another reason is to consider that there is little chance of being infected. According to the CIS published this Wednesday, 46% of the population would be in favor of the vaccine being mandatory and almost one in four of the requirement of the COVID passport.