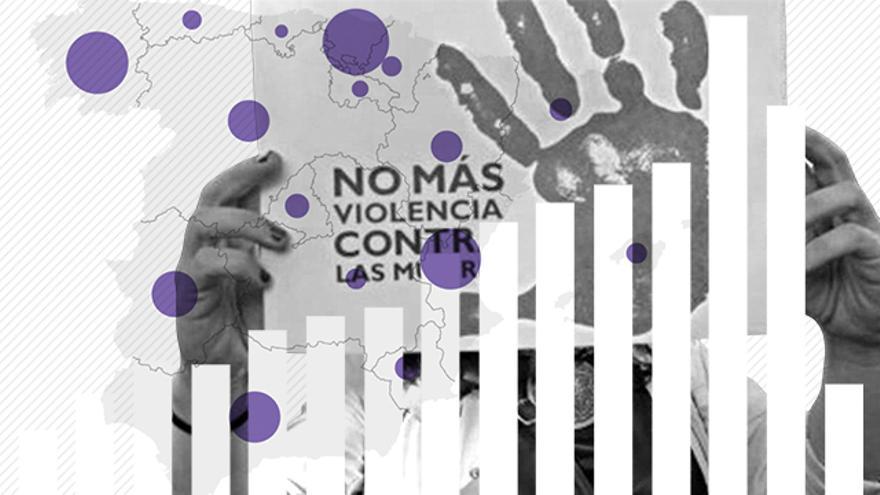 Faced with the widespread myth that intentionally associates gender violence with access to economic aid, the reality is that the only one designed at the state level is a benefit that has not taken off in the last 15 years. The launched the Comprehensive Law against Gender Violence of 2004 and it is designed for women with “difficult employability”, but its application is scarce: the communities have only given 8,325 from 2006 to 2020. There are 555 a year on average, an almost testimonial figure compared to the 1,708,679 complaints filed in that period (142,390 on average) or with the number of victims who receive active insertion income (RAI), which reaches 30,000 per year.

The concessions have been increasing progressively since its inception. In 2019, the thousand aid was exceeded for the first time, which fell again in the year of the pandemic, but those who work directly with the victims emphasize that it is insufficient and that an evaluation and even a redesign is necessary. It has been denounced for several years by the Federation of Progressive Women, for which the “anecdotal” data of this benefit “collide” with the bag of victims “limited at work by violence” and in difficult economic situations, explains María José Bueno, head of the Gender Violence Area of ​​the organization.

The Ministry of Equality, for its part, has decided to increase the transfers to the communities for this aid in the General State Budgets, which will go from 5.2 million euros to 8.5 in 2022 and are added to the Own funds that the communities can allocate for this purpose. It is “the aid that exists at the state level”, so “it is necessary to know what is happening, what are the obstacles that exist and give it a boost” so that it ceases to be a practically unused service, Bueno remarks.

The benefit was included in the law approved in 2004, specifically in its article 27, and is aimed at victims of gender violence whose income does not exceed 75% of the minimum wage, currently 965 euros, and who due to their circumstances or preparation have “special difficulties in getting a job”. They are aimed at any victim, even those who were before the entry into force of the norm, but, as for all the rights that it displays, women must prove that they are through the mechanisms established by law: sentence, order of protection, tax report or social or medical services report that justifies it.

Equality sources explain that the increase in the PGE responds to the “growing volume of applications” after becoming compatible in 2018 with other similar autonomous or local ones and the increase in potential beneficiaries derived from the recent increase in the minimum wage. The department headed by Irene Montero also calculates that “the rebound in cases of gender violence” after the pandemic together “with the female unemployment rate and the employability difficulties” associated with the crisis “could lead to an increase in applicants” . The rise will also serve to absorb an increase in the amount that is given to each woman in the event that the IPREM, the indicator with which it is calculated, increases.

There are no official data on how many victims are likely to receive it, but the almost two million complaints filed since 2006 give an idea of ​​its application. Even so, it must be borne in mind that there are women who can report more than once, and that reporting is not always equivalent to being credited as a victim, in addition to the fact that there are those who have never reported but can have a report that supports it. that they are and therefore access the benefit.

It is a single payment of 2,711 euros, which corresponds to six months of unemployment benefit and can be increased depending on whether the woman has “family responsibilities” or a disability equal to or greater than 33%. In these cases, and depending on whether these circumstances occur at the same time, it can amount to 12, 18 or 24 months of subsidy; the maximum being 10,846 euros.

In addition to its general underutilization, the data collected by the Government Delegation against Gender Violence reveal that its access is very uneven between autonomous communities: Euskadi, Galicia and the Valencian Community are the ones that have granted the most amount, the only ones that exceed the thousand since 2006; while on the other side there are small territories such as Cantabria or La Rioja with 38 and 72 concessions respectively, but also others with a large population: Catalonia, Madrid or Castilla-La Mancha have not reached 200 grants in total in the last 15 years.

From the Federation of Progressive Women they point out among the possible reasons for the disparity that the norm opens the door to “a broad interpretation” when evaluating the criteria. “We do not know if in all the territories it is being used in the same way and for the same type of women,” says Bueno. Or how much impulse is given from the administrations to the provision. That is why the organization, which works directly with the victims, asks for a review of their application.

The aid is designed for women with “difficult employability”, which is estimated based on various requirements, according to the royal decree who developed it: age, social circumstances and preparation, an element that the text equates to the assumptions of “lack of schooling” or “functional illiteracy”. It is there, under the restrictive conditions, where the bottleneck can be found, believes María Isabel Sánchez, general secretary of the General Council of Social Workers.

“To define what is difficult to employ, which is not very specific, a certain profile of women with a low level of education, no experience and who have practically impossible to find a job is taken into account. Even we have to do it to process it. Cabalas because you have to be careful not to harm them when participating in employment plans, “explains this social worker from Castilla-La Mancha.

It is the social or specialized services of each community that request the aid and make a report. It will serve as the basis for the public employment services, which have the last word and determine whether a woman is “hardly employable”. There is, as in all kinds of benefits, a margin that has to do with “the involvement” of the technicians or with how much “tied” the reports are, but Sánchez believes it necessary to “give a twist” to the design: “A Sometimes they are created with profiles that no longer fit reality. Many years have passed and at the time perhaps it made more sense, but now what we find most is women with many labor difficulties but not because of difficult employability, but because of the situation of the labor market in Spain “.

According to report data A job against violence, of the Adecco Foundation, almost half of the victims, 47%, are long-term unemployed. And the Active Insertion Income (RAI), a non-specific benefit for victims but which they can also access if they are unemployed and meet the economic conditions, has more beneficiaries: 30,000 a year.

It is incompatible to receive them at the same time, but the latter lasts 11 months, during which 451.92 euros are received, and then the article 27 could be processed. “Those who need it most do not enter anywhere, you cannot process the RAI because they are working perhaps part-time, but in a very precarious situation. There is not so much aid and the ones that exist are not useful for these situations, “concludes Sánchez.

Graphics made by Ana Ordaz